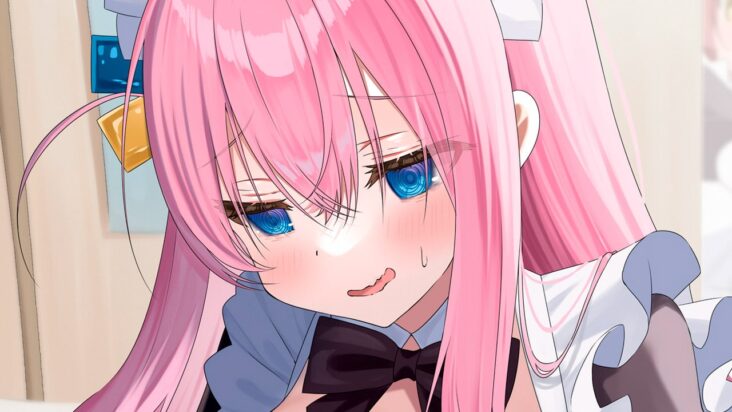 Fan-created media content inspired by the main protagonist of the television anime»Bocchi the Rock!» continue to come to light despite the fact that the series has already ended its broadcast several weeks ago. The affection that the public has given to Hitori «Bocchi» Gotou since her debut in the anime she has been spectacular, and to this day she continues to be one of the characters most honored by the fan community, who daily share new fanarts, animations, and memes related to her and her universe.

However, it seems that not only people who are anime fans Bocchi the Rock! They have set their sights on the protagonist of the series. Apparently some people who focus on adult content have also taken notice of the character. Hitori Gotō and a parody H has been released on the internet based on Bocchi-chan.

The parody in question was made by the group せっくすフレンズ@性帝and through his official Twitter account (@sexfri_end) different captures of the content have been released, as well as some special videos that show us a little of what this parody offers.

In the captures shown by the group せっくすフレンズ@性帝 You can see how they try to convince «Hitori Gotō»of getting an extraordinary sum of money in exchange for a «very close» moment. After seeing the incredible sum of money, Bocchi-chan He accepts the proposal and an intense moment begins between them.

Bocchi the Rock! is a comedy genre manga that is written and illustrated by Aki Hamaji and published in the magazine Manga Time Kirara which belongs to the publisher Houbunsha since December 2017. The editorial Houbunsha He has currently published 5 compiled volumes of the manga. Bocchi the Rock! and at the moment the release date of its sixth compilation volume is unknown.

On October 8, 2022, the manga Bocchi the Rock! premiered its anime adaptation that was produced by the animation studio CloverWorks under the direction of keiichiro sato. In addition, the series consisted of a total of 12 episodes and is legally available on the platform. crunchyroll.

Hitori «Bocchi» Gotou is a gloomy high school student who longs to make friends and play live with a band, but she has one thing… She’s socially anxious and lonely, but has great guitar playing skills.

On one fateful day, Hitori Gotou meets outgoing drummer Nijika Ijichi, who invites her to join the Kessoku Band when their guitarist, Ikuyo Kita, runs away before their first show. Shortly after, Bocchi meets her latest bandmate: genius bassist Ryou Yamada.