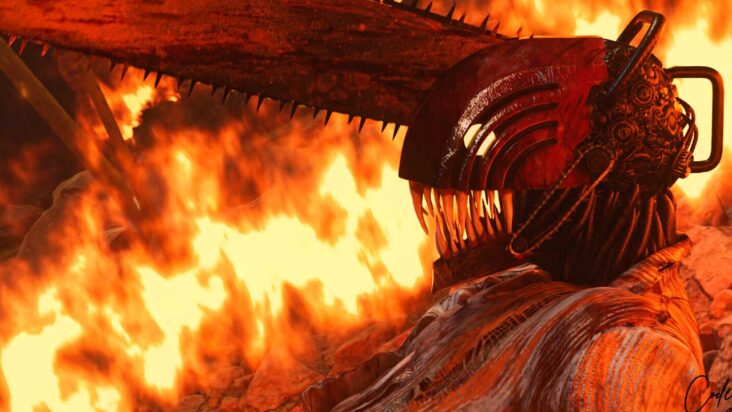 It’s been some time since my last article, I really missed sharing Chainsaw Man content, at the time of sharing this the first season of the anime is premiering and there are only 2 episodes left to finish the season. To be honest I’ve been really enjoying Chainsaw Man and every Tuesday has been crazy for me.

I was enjoying Chainsaw Man so much that I forgot about my posts on this highly appreciated website for a moment. Finally, it’s only two weeks from the end, I’ll start again with the content every day, I’ll talk about some things in the anime that I find incredible, although to be honest it would also have been a good idea to address these topics according to the chapters.

This Chainsaw Man ending will most likely show us a bit of Raze, there should definitely be some Raze in it, it would be weird if I ended without it. Mentioning the above, a few months ago I came across a Chainsaw Man animation made and posted by a fan on the YouTube platform, so this is my official return to daily posts.

The video was posted by the YouTube channel CODE:ZERO, which if I remember correctly many months ago I posted a video of his, I’m not too sure about that. This animation of CODE: ZERO was published on August 9, 2022, with a duration of only 34 seconds, but if you are a big fan of independent animations you will know that every second is a gem. Let’s not forget that these are individual creations, the effort behind it is invaluable.

We can see throughout the 34 seconds, a stage completely on fire with the characters Raze Bomb and Chainsaw Man. I really don’t have many words to describe that animation, I remember the first time I saw it I was quite surprised, it seems as if it were of a movie produced by a million dollar company. As if that were not enough, the video is also available to play in 4K quality, which is complete madness.

I just checked your channel as I didn’t remember if I had shared any of your content on this website, watching your videos I remember I did an article on your other Makima Chainsaw Man animation, I totally recommend that channel so if you’re not subscribed You already know what to do. Also a few months ago I remember seeing an animation with a similar touch, but I remember badly with Unreal graphics or something like that. I’m sure I’ve made a post about it, however it’s not the same author, I’ll try to add that recommendation here.

As I already mentioned there will probably be more than 3 posts a day on this website, I have too much pending content and I definitely want to express it here. I have also read a lot of deep opinions on Facebook groups, I will try to also share that great content for this website, the best Chainsaw Man website available on the internet, and if it isn’t already then soon it will be.

I think that these 12 chapters that MAPPA presented to us were masterpieces, the more I see them I can notice more details, I will also write my opinion of this once the final chapter of the anime is released. Thank you for reading Chainsaw Man animation

Chainsaw Man gashapon 😍
(Also, genshin on the left)
I wanted Power but they were all out of reach. I might go back next week~ pic.twitter.com/2caOoCNIWK