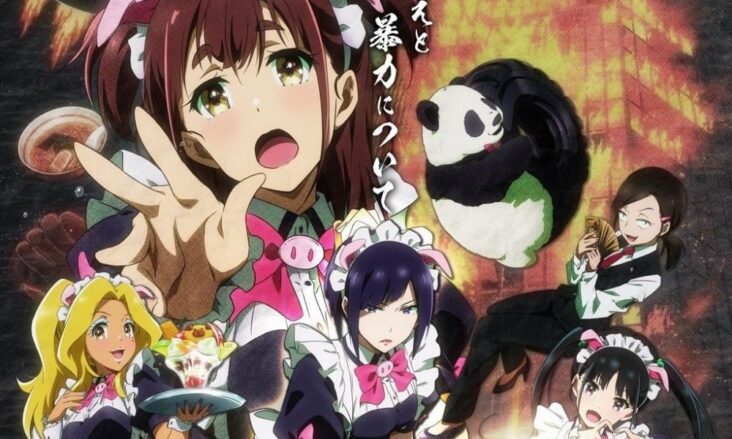 Akihabara is the center of the universe for the coolest hobbies and wackiest fun. In the spring of 1999, bright-eyed Nagomi Wahira moves there with dreams of joining a maid cafe. She quickly dons an apron at the Ton Tokoton cafe, also known as the Pig Hut. But adjusting to life in bustling Akihabara isn’t as easy as pouring tea and delighting customers. Along with the stern Ranko, who never seems to smile, Nagomi must do everything she can to push Pig Hut to the top of all the maid cafes competing for the top ranking. Just when Nagomi’s dreams are within her grasp, she discovers that all is not as it seems among Akihabara’s maid cafes.

What happens if we mix all the aesthetics moe habitual of a maid cafe with the crudest of the underworld of the Japanese yakuza? Well, an explosive cocktail (literally), a roller coaster that works like a shot (again, literally) and that inexplicably makes a very crazy idea, and that a priori doesn’t seem to be able to work, do so in a formidable way. The formula is really simple: constantly make violence coexist with the «cute» and for this the series does not cut a hair. As soon as we can see the girls happily serving the customers as we see a slaughter between rival establishments with names as horny as I love you Luna. There’s no problem showing one maid blowing another’s brains out or witnessing widespread slaughter. 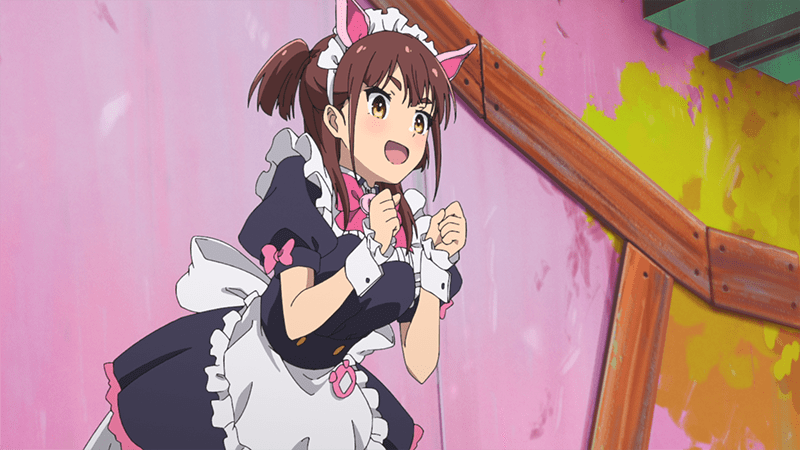 However, all this is not a succession of contrast between scenes moe and happy with overflowing action scenes (well, sometimes yes, and it’s cool). Behind all this we have a story that makes sense and that hooksin which we will learn about the context of this war of maids and we will get to know the members of the endearing maid cafe Tontokoton. Also Akiba Maid War constantly maintains the level. What’s more, it manages to overcome itself chapter by chapter until it reaches a tremendous ending, with a final post-credits scene that is more than exciting.

Technically Akiba Maid War does quite well. The 90s setting is quite successful, the character designs and their uniforms are colorful, and the animation is neat and solid. All of this crowned with a soundtrack well above average, full of different styles such as jazz or funk, and topped off with a magnificent and addictive opening, which handles the aforementioned contrasts like a charm. The ending is a wonderful enka-style theme that fits like a glove at the end of an intense chapter. 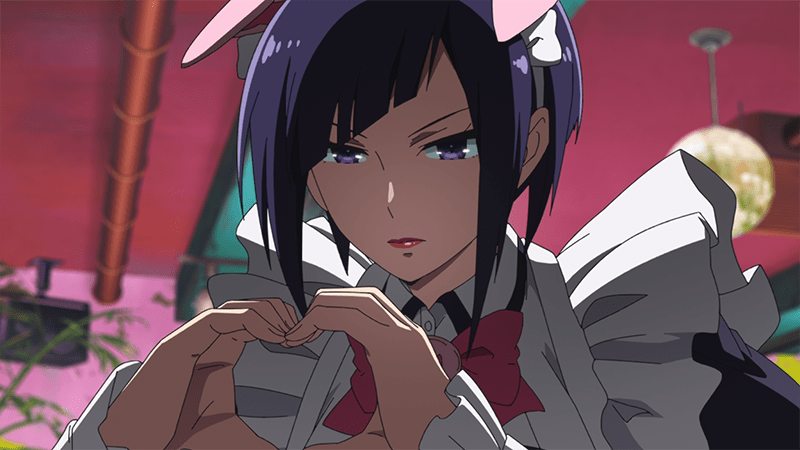 I certainly think Akiba Maid War It is one of the series of the year. Funny, original, irreverent, sugar cane in equal parts, and on top of that it can strike a sensitive chord. This anime has it all.

A little hooliganism (By Pirita)

Akiba Maid War It is exactly what is expected from the title. A bizarre mix of maids and yakuzas in Japan at the beginning of the last century. Thanks to an absurd story about yakuza maid, this series of PA Works It has become one of the surprises of the season. 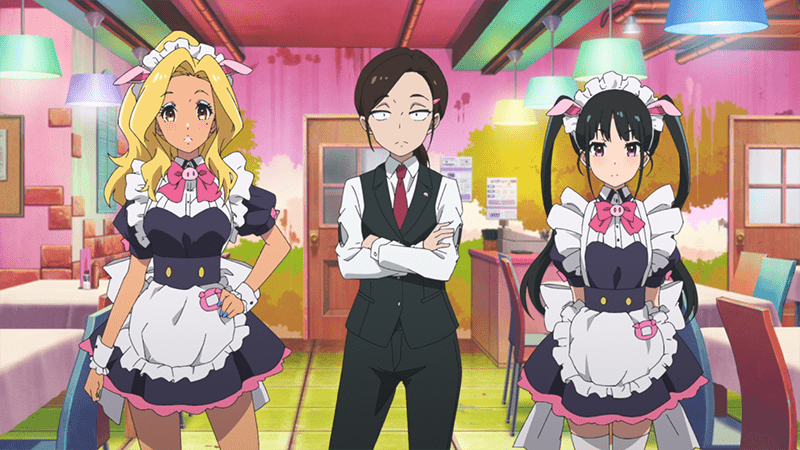 This bizarre yakuza anime isn’t afraid to subvert viewer expectations to deliver an epic yakuza drama-worthy story.. For this, the series constantly deceives the viewer with the abilities and motivations of the characters. For example, in one scene one of the characters must win in a poker tournament, only to lose it irretrievably and solve it all with violence instead of supposed superhuman gambling skills.

Of all the characters, perhaps the most important are the rookie Nagomi and the hard Ranko. NagomiServing as the eyes of the beholder, she arrives in the world of maids to find that she is not what she seems. To literally survive this adventure Nagomi has the invaluable help of ex-convict Ranko. Is ex-maid/yakuza will have to reconcile being a maid 35 years old and a yakuza. To do this, the series will not hesitate to put them to the test in totally ridiculous situations and, little by little, lead them towards an epic ending worthy of the best series of the yakuza genre. 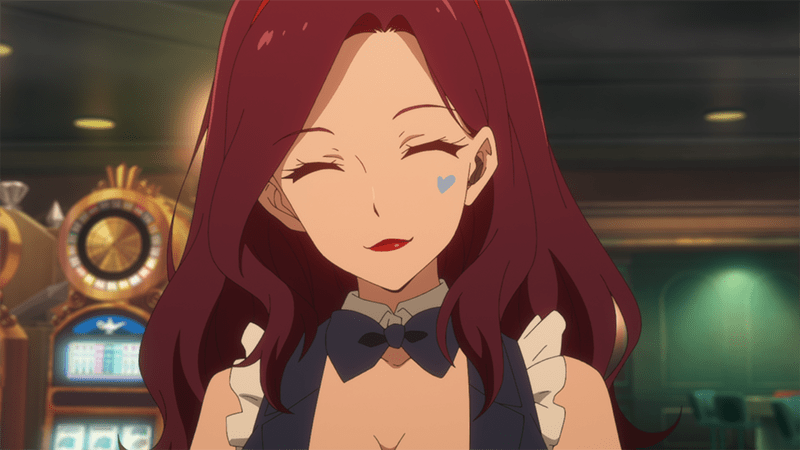 Technically, although the animation of Akiba Maid War does not reach the level of the bombshell that Lycoris Recoil supposed, or the excellent Mob Psycho 100, if it is up to offering fast and dynamic action scenes. The setting of the series, inspired by the akiba at the end of the century, fits perfectly with the story and the action scenes.

Akiba Maid War is a strange and fun mix of genres that against all odds works perfectly. With a much better story than it might seem at first glance, this series ranks as one of the best action comedies of the year. A must for all viewers looking for a fun, action-packed series.

About mafias and other things (by Corj)

Year after year, season after season, there is always room for surprise when it comes to anime. When it already seems that there is nothing that we have not seen, suddenly series like Akiba Maid War to remind us that there is still much to do. These breaths of fresh air are what make it so interesting to keep an eye on all the anime releases of the year, since you never know what you might otherwise miss. 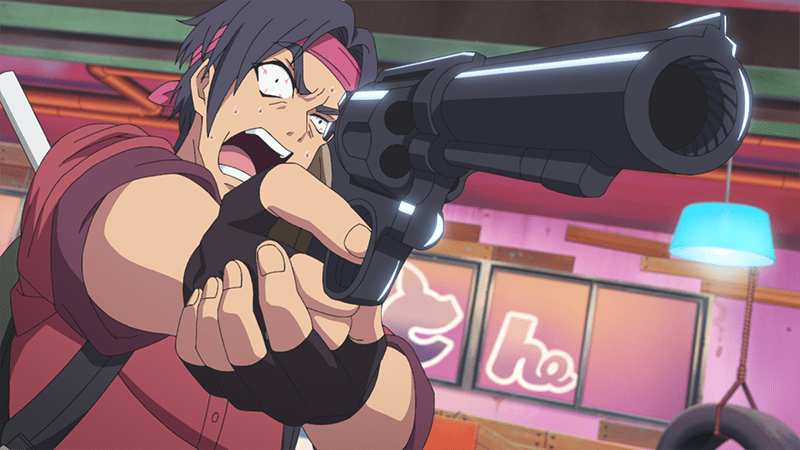 Akiba Maid War It begins with a very powerful flashback, but with hardly any context for the viewer. However, one can imagine where the shots are going to go. The fact is that, suddenly, the action starts to place us in a maid cafe where Nagomi, one of the main protagonists, arrives as a rookie to fulfill her dream of being a maid. This makes us relax a bit before we get involved in another firefight. And it is that, if anything can define Akiba Maid War is that he plays with the viewer at all times. We go from slice of life moments to action moments in a matter of seconds, giving us no time to prepare.

Likewise, despite his crazy proposal, little by little we are witnessing how a plot develops that is on a par with many productions about the world of the yakuza. Everything is revealed as the episodes go by to guide us towards a spectacular finale. 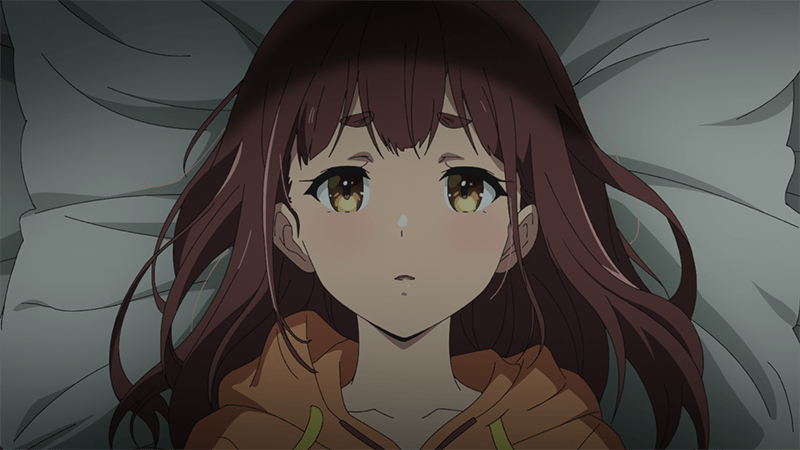 Regarding the technical section, Akiba Maid War It performs wonderfully in all facets. Something that should be highlighted is the great work that has been done with the design in general, getting us to move to the 90s. The characters look very good and, personally, I love the twinkle in their eyes. In addition, the soundtrack reminds us of yakuza movies and series, making the setting even better if possible.

This 2022 has left us great surprises within the world of Japanese animation and, without a doubt, I think that Akiba Maid War is one of the clear examples. When one reads its synopsis and sees the promotional images, one cannot get an idea of ​​what really awaits us if we decide to enter this war between maid cafes. If you haven’t already, you have to give it a try.