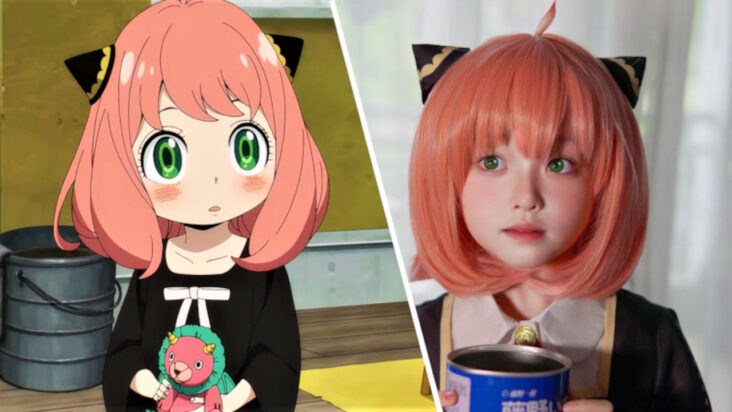 Among the characters that appear in the SPY x FAMILY series is Anya , the adopted daughter of Loid and Yor Forger. She is a little girl barely four years old, although thanks to the falsification of papers she is legally six.

Spy x Family – All about Anya’s sad past

She stands out a lot due to her pink hair as well as a pair of big green eyes. She is like any child, so she is always full of energy and very playful. She has a great imagination.

But in this series no one is what they seem, and the above applies to Anya . Due to a series of experiments she underwent, she is able to read people’s thoughts.

This is why on more than one occasion you can anticipate their actions, and in that case, respond appropriately or do the opposite. However, she is very careful when using her ability, as she must keep it a secret that she knows more than she lets on.

This is how in SPY x FAMILY he knows that Loid is actually a spy, so he classifies him as a great liar, while Yor is a murderer. Any child would be terrified to know something like that.

But this little girl deals with the situation imagining that it is something similar to her favorite television series. In other words, she doesn’t really believe that her adoptive mother kills people. Anya Forger is very innocent, and she reflects that in her appearance.

Anya Forger from SPY x FAMILY in a cosplay

One of the problems with faithfully cosplaying Anya is that, at the end of the day, she is a girl. Doing it wrong means having a result similar to that of the Chavo del 8 series . No one saw the characters as children!

Scale also plays a very important role. In addition to the above, it is necessary for the cosplayer to be very expressive. At least in the case of 小无邪和猪小糖 (u/5855778207) she took care in recreating this character.

She posted a series of photos of her recreation of Anya Forger from SPY x FAMILY on her Weibo account . As for her hair, it is similar to this girl’s; the same the color of her eyes.

The attire he wears is also similar, including the headdress he wears, which is reminiscent of a pair of ‘little horns’ or cones. But it is at the level of expressiveness that this cosplayer managed to recreate the appearance of the character. It’s an interesting cosplay .