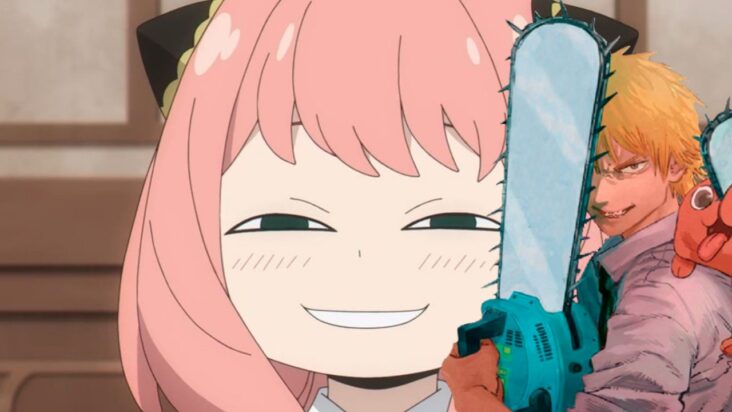 Two of the anime works that are causing a sensation this fall season, that’s right, it’s about Spy x Family Y chainsaw manwhose series are dominating the services of streaming and now they have been merged into a fun fan art.

Anya Forger’s Spy x Family She has become one of the favorite anime characters and it is because of her tenderness and ability to read minds, but she can go anywhere, since she has appeared in other franchises and now she wanted to be part of chainsaw man.

Anya from Spy x Family is the chainsaw man

Through Twitter, the user Qoo_ponpo12 shared an incredible version of Anya disguised as Denji from chainsaw manbecause she plans to fulfill and help her father with the missions Loid.

No doubt the little girl with pink hair has made one of the crossover most incredible of all and she is ready to face anything.

As you can see, Anya of Spy x Family She made this incredible Denji costume herself, like the red helmet worn by the protagonist of that anime, as well as some material to build the saws.

While, the other saws are attached to his arms with a kind of bracelet and with it some gloves to protect your fingers. But that’s not all, because instead of wearing a suit, she wears the Eden Academy sports uniform.

This uniform consists of a white shirt with the school logo, a pair of shorts and light tennis shoes. Anya is more than happy to wear this outfit, as she has even taken down the Peanut Devils.

What do you think of Anya? Spy x Family like denji from chainsaw man?