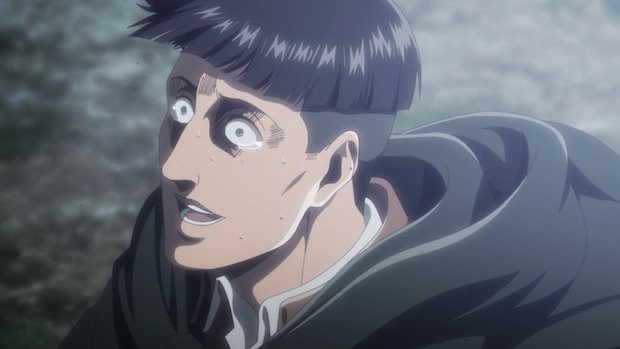 Although all of Shingeki no Kyojin’s deaths have been shocking, these have been the ones that surprised fans the most.

Manga and anime are not only based on happy adventures where funny characters meet and enjoy life. Nor do we find adventures in which we only enjoy a beautiful romance between various characters. Sometimes we have before us epic adventures in which death plays a great role and darkness surrounds our characters. One of these proposals that is undoubtedly in this group is Attack on the Titans .

Attack On Titan ; The age and height of the main characters.

Death is closely related to the series and although there are many scenes that can mark, there are a number of deaths that have been heartbreaking for all fans . For this reason, we are going to talk about some of these characters, although before carrying out the review we will warn that it contains spoilers. Therefore, if you are still waiting for the moment to see this amazing anime, it is better that you do not continue reading.

The series did not keep us waiting long to prepare for what was to come . In fact, it was during the first attack that we saw one of the most shocking and important deaths in the series. This turned out to be Eren’s mother who was devoured by a Titan after being trapped under the rubble of her own home.

Despite the fact that this was a young woman full of life and eager to see the world, her death was not at all a consolation for the fans. And it is that, at a time when they were captured by soldiers, while it was thought that she was going to be taken home, she was devoured by wild dogs.

Continuing with the most shocking deaths in the series, we find that of Mike Zacharias . Despite having an ability, to say the least, surprising, nothing prevented him from falling into the clutches of the Beast Titan. After this Titan sought information from the warrior and he was not able to articulate a word, one of the scenes arrived that just by remembering it, shrinks the heart.

Despite the fact that his presence in the series could not be described as the main one, little by little the fans had been taking great affection for this character . For this reason, his death marked an important moment for the fans, even being painful since it was the Beast Titan himself that killed him. Sending a large number of rocks against the warriors, Marlowe encouraged the companions to continue forward, even when he saw Commander Erwin fall… And without a doubt, if he knew what was to come, he might have changed his plans.

Dying very close to Marlowe, this character was about to survive. Unfortunately, the captain’s decision ultimately led to this important character and ended in a great debate among many due to injustice.

Undoubtedly one of the deaths that most impacted the followers of this anime series. His death was not the result of bad luck, but of betrayal by those he considered companions . He overheard Reiner and Bertholdt while they were in battle, to which they acted by taking out the tridiomesional equipment and leaving him abandoned to his fate. Just before they could leave, they witnessed a titan take his life.

You just want to have already seen the first installments of the last season of Shingeki no Kyojin will know that Lara Tybur is one of the most important characters related to titans. The one who was the bearer of the warhammer titan, she saw the end of her in a battle against the attack titan, who sought at all costs to steal her power from her. It was when Eren realized the jaw titan’s durability that he used her strength to break the glass that covered Lara, thus ending her life.