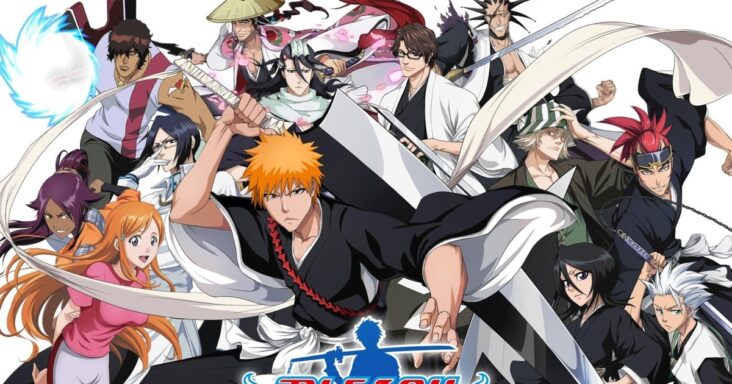 bleach is one of the classics of the genre shonen that many anime fans know from the so-called golden age of the genre, and even now, the series is gaining new fans with rumors of a new arc for the anime. However, it is not without filler, like any shonen of its time, so in this article we are going to answer the question of which episodes can be skipped to live the manga experience without having to endure arcs that are not so interesting. . 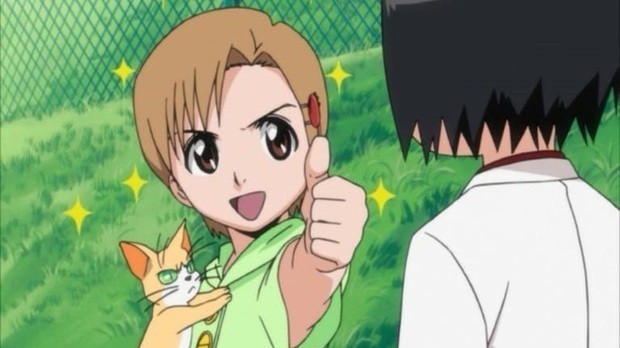 A Hollow falls from the sky along with the soul of a kitten. Karin Kurosaki manages to defeat the Hollow with her soccer ball. Elsewhere, Ururu Tsumugiya and Jinta Hanakari destroy another Hollow.

At the park, Don Kanonji informs the group about his plans to form a team of heroes, the Karakura Super Heroes. The kitten’s spirit protects Yuzu Kurosaki, while other Hollows try to attack the girl, and some smaller Hollows merge to form a larger one. The group «Superheroes of Karakura» defeats the enemy. 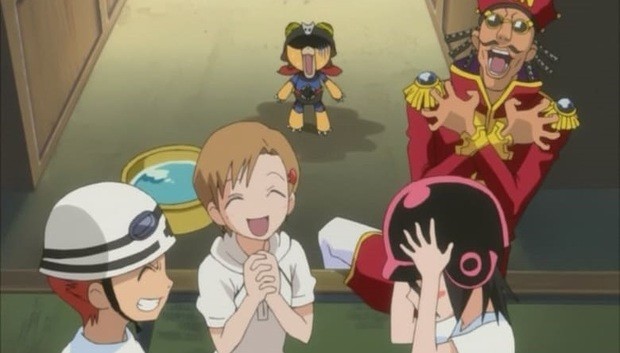 Kon tries to escape from Yuzu Kurosaki and ends up meeting a desperate Don Kanonji, worried about his falling TV views. The group decides to reorganize the Super Heroes of Karakura, with Yuzu now in Karakura Yellow’s position and Kon in Karakura Rei’s. 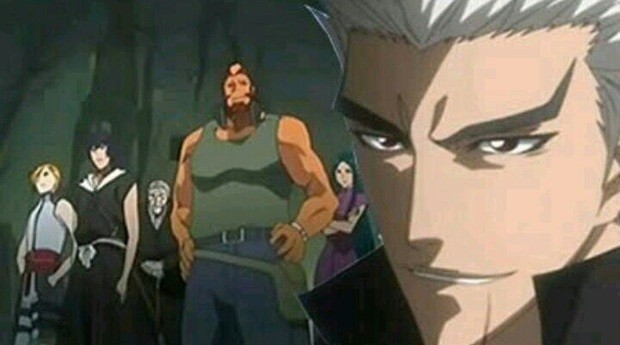 This arc introduces us to the Bount, a race of humans capable of consuming human souls to increase their own health. The episodes, which make up two seasons, focus on the great battle of Ichigo Kurosaki and his allies against the Bount.

The Bount invasion is led by Jin Kariya and his followers Gō Koga, Yoshino Sōma, Maki Ichinose, Mabashi, and Sawatari. At the end of the series of battles that lasts for two seasons, Kariya, when he is defeated by Ichigo, says that he regrets that he cannot see if the young man will follow the same path as him. 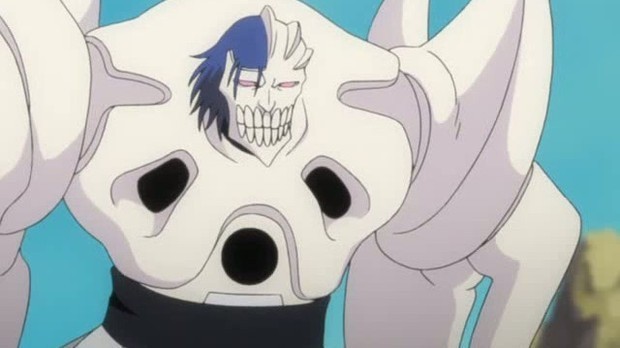 For four episodes, we follow the appearance of a being of the Arrancar species putting everyone at risk. The creature emits mysterious music capable of attracting souls, and can multiply without limit and take on the appearance of the human souls it has devoured. Rangiku and Hitsugaya need to find a way to stop the Arrancar.

In the following chapters, we follow various stories, involving the likes of Karin Kurosaki, Hitsugaya, Ikkaku Madarame, Renji Abarai, and other shinigami in their battles against the Hollows to help souls.

The last two episodes introduce us to the Hollow world, where an Arrancar named Patros attempts to use the Orb of Warp to control Las Noches. 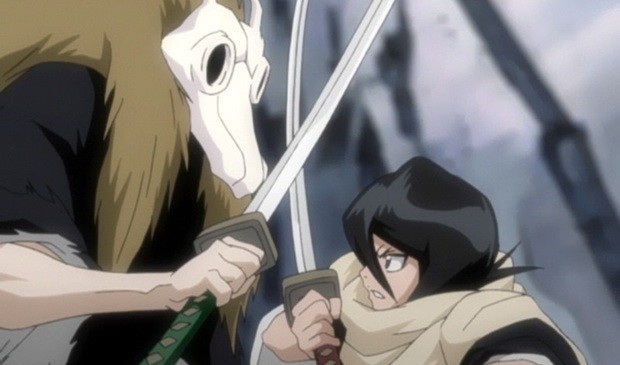 Rukia, Nel, Pesche, Dondochakka, Ichigo, Uryū, Chad, and Renji end up in the Forest of Less, inhabited by most of the Hollows. While fighting opponents, Rukia is saved by a shinigami named Ashido Kanō, who was part of a unit that hunted down Hollows and ended up in the Hollow World by accident.

Nel, Pesche, and Dondochakka end up being kidnapped by a Hollow. Adjuchas holds them captive, while Ichigo, Uryū, Chad, and Renji search for them, but end up in an ambush.

Ashido and Rukia also fight Adjuchas through the forest. The groups pummel their opponents and manage to reunite and return to the surface. Ashido stays behind, fighting other Adjuchas. 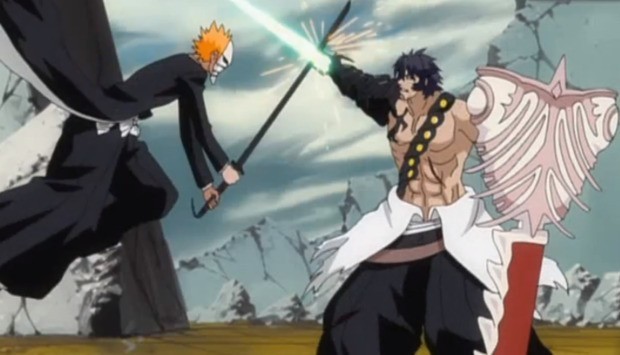 Amagai Shūsuke is chosen as the new captain of the 3rd Division. Although the squad initially has trouble accepting him, he vows to protect them. The opening episodes follow Amagai developing his relationship with his subordinates, as he provides them with training and other tasks, as well as proposing activities between the different Divisions.

Amagai offers to find Ichigo and Rukia, who are on the run after interrupting the marriage between nobles Rurichiyo Kasumiōji and Shū Kannogi and kidnapping Shū. Finding them, Shū reveals that he was not kidnapped, but saved, and that they need to save Rurichiyo’s life. Amagai saves her, but ends up disappearing with Rurichiyo in the green smoke, before Ichigo and Rukia can stop him.

The following episodes show the persecution and the fights against Amagai, who reveals the truth about his past and his intentions. Ichigo confronts the captain, who ends up taking his own life when he discovers the mistake he made with his actions. 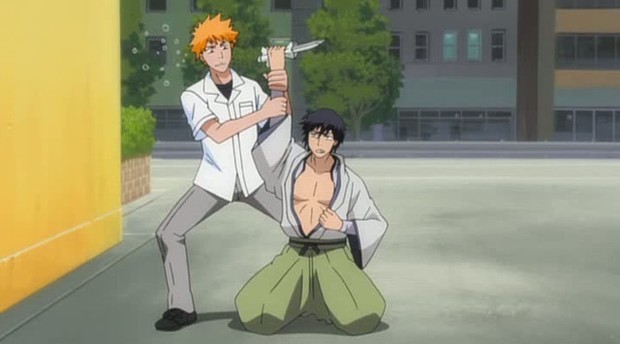 Ichigo has returned to school in the real world. There, he ends up meeting Lurichiyo Kasumiōji, who also returned from being upset at Ryūsei «Kenryū» Kenzaki for not allowing him to play kemari (a kind of soccer) while doing other tasks. At the end of an argument, Lurichiyo challenges Kenryū to a game of kemari. 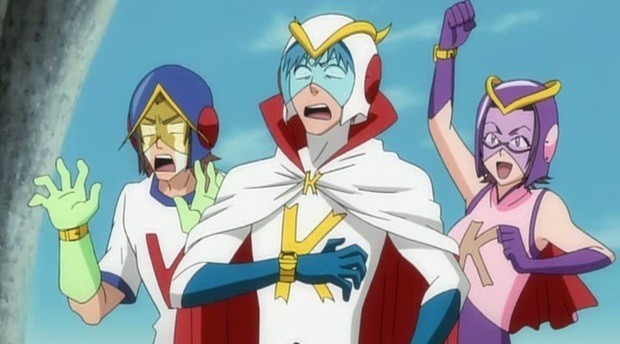 These two episodes focus on what happened in Karakura Town at the time Ichigo Kurosaki, Uryū Ishida, and Yasutora «Chad» Sado went to the Hollow world. Urahara thinks of a fun way to protect the city in Ichigo’s absence: force Kon to join a team against the Hollows called the «Konso Cop Karakuraizer».

The team includes Don Kanonji, Tatsuki Arisawa, Chizuru Honsho, Keigo Asano, Ururu Tsumugiya, and Zennosuke Kurumadani. After facing the Hollows, the group must fight an Arrancar who travels between the world of the living and the Hollow world. 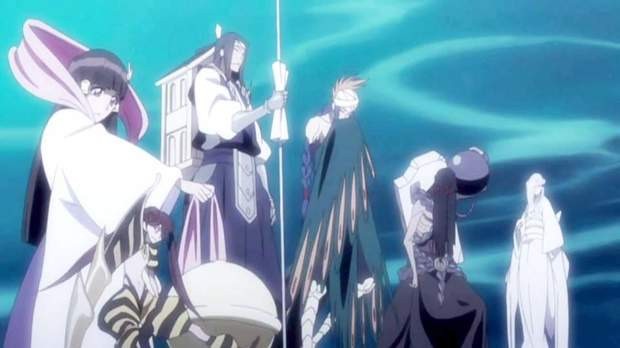 After three episodes with random events, the filler sequence that makes up Season 13 chronicles the moment when Shinigami swords, known as Zanpakutō, come to life.

The weapons, now in human forms, declare war on their former masters, under the leadership of a mysterious man named Muramasa. The opponent is a Zanpakutō spirit who decides to free other Zanpakutō spirits from their masters. But in reality, what he wanted most was to release the long-sealed spirit of the former master from him.

Episode 266 – «The fight between Ichigo and Ulquiorra»

A summary of the story behind the war between the captains and lieutenants of the Soul Reaper and the Blades of Sōsuke Aizen’s Arrancar army. The chapter ends with Ichigo Kurosaki and Ulquiorra Schiffer about to fight again.

Episode 284 – «Chain of Sacrifice, Halibel’s Past» 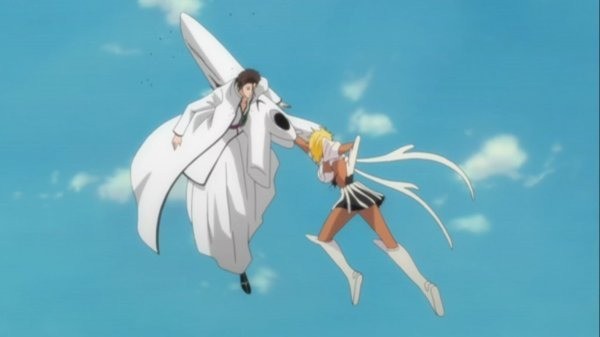 This episode recalls the period when Halibel was a High Lord and recruited Emilou Apacci, Franceska Mila Rose, and Cyan Sung-Sun to kill Hollows. Aizen, Gin, and Tōsen arrive in the Hollow World to recruit Baraggan, who was the king of the place at the time.

When Halibel is attacked by an Arrancar, Aizen appears to save her and offers her a place in his army. The episode flashes back to the present, showing Halibel attacking Aizen, who she ends up winning and sending her to the Hollow world. Aizen challenges the shinigami in combat. 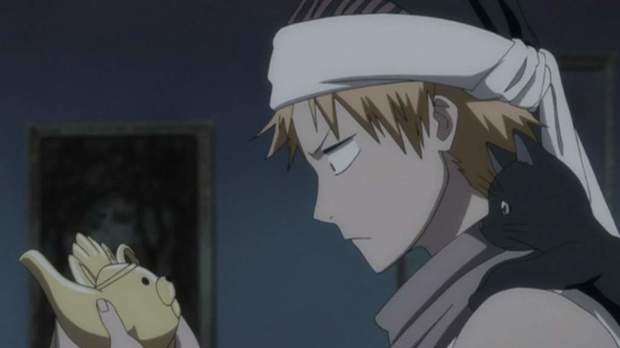 Ichigo and several other characters are in an alternate world that is closely related to the stories of Aladdin and the Magic Lamp. As the others search for a hidden treasure known as the Snow Crystal, Ichigo realizes that it is all just a dream and tries to wake up.

They then find a magic lamp from which a genie in Rukia’s appearance comes out. For violating the law of granting wishes, he is sentenced to be executed by the «Lamp Society». 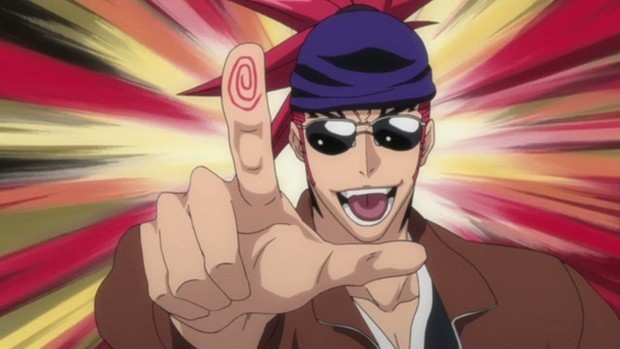 In the first episode, Ichigo and his friends get together to shoot an independent movie called Intergalactic Maid Cop versus Space Invaders from Another Planet Doom Part I. The second chapter acts as a kind of prologue for the fourth film in the franchise, Bleach: Hell Verse. 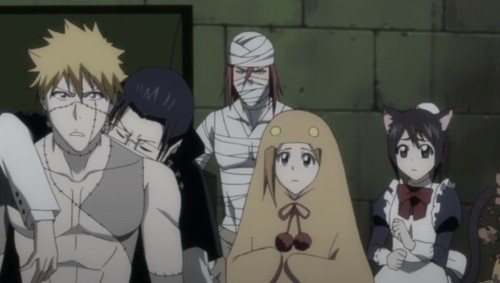 The first episode is a New Year special with a light plot that deals with games, friendship, and family. The second brings an alternate scenario in which the anime’s protagonists are monsters, with Ichigo in the form of Frankenstein.

The third chapter, in turn, brings a story of Hisagi and Rangiku fighting a Hollow that was in an inn. 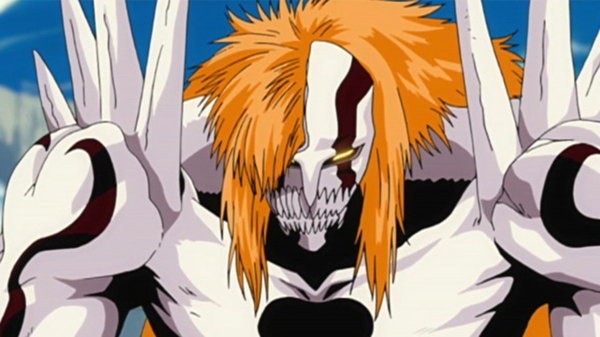 The return of Konso Cop Karakuraizer and Kon’s fight against a Hollow in disguise, and the story of a man from the 11th Division who relied on Ichigo’s help to regain his spiritual strength and gain everyone’s respect, are some of the stories. which are told in the first six episodes

The chapters that make up the fifteenth season, on the other hand, feature the «13 Divisions Invasion Army» arc, in which Ichigo and the other shinigami need to investigate a series of mysterious events affecting Soul Society.

The disappearance of several shinigami seems to indicate that a conspiracy is afoot. In this context, Ichigo still has to deal with losing his powers, a consequence of the previous battle with Sōsuke Aizen. 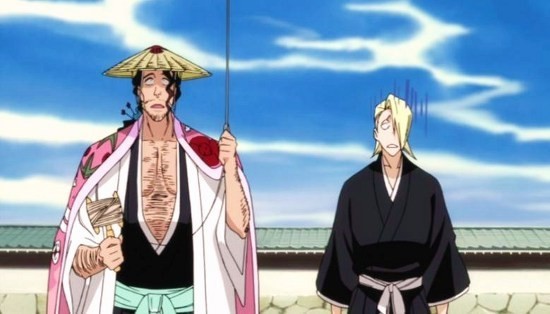 In a special New Year’s final episode, we see the shinigami celebrating the date, with Izuku Kira in charge of organizing an event and activity. His kite-flying idea, however, soon turned into a chaotic competition. Renji helps Rukia at a ceremonial dance. The dance ends up being a huge success.

The canonical episodes of Bleach

Episodes that mix canon with filler: