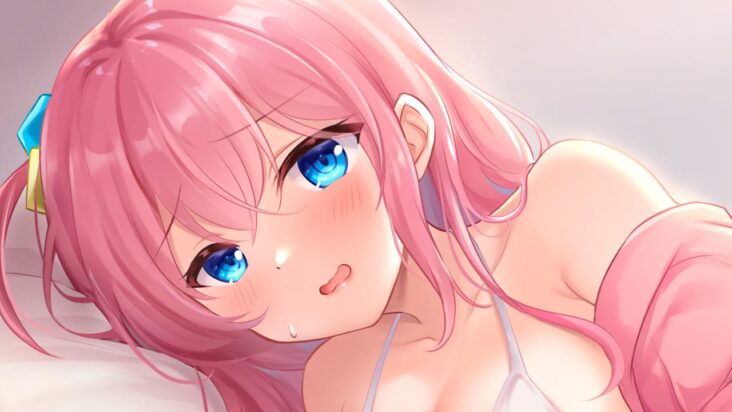 There is no doubt that the popularity of television anime «Bocchi the Rock!»has reaped during its weekly broadcast throughout the fall 2022 season is something that continues to amaze fans of the original manga as well as people who got to know the franchise with the premiere of the series produced by the animation studio CloverWorks.

Throughout the premieres of new episodes, otakus were fascinated with Hitori «Bocchi» Gotouwho is the main protagonist of Bocchi the Rock!and it is that his problem communicating with the people around him together with his beautiful character design and his musical talent was a «crush» towards the people who have seen the series for the first time, managing to be the «waifu of the semana» in different rankings that are based on public opinion.

However, since the advent of the «Bocchi Maid»in an official illustration shared by the series production committee and made by the mangaka Yuiko Tokumi (which was highlighted by people for the size of the breasts of Bocchi) and their respective appearance in the anime, caused the otakus to be more delighted with the character and their new way of seeing her, being one of the main reasons that «Bocchi Maid» invade the internet with great illustrations created by different artists/illustrators.

It should be noted that episode #12 and last for the anime adaptation of the manga Bocchi the Rock! is scheduled to air in Japan on December 24 (Saturday), so we are just a few days away from saying goodbye to Bocchi and his band»Kessoku Band«.

The anime Bocchi the Rock! is a direct adaptation of the manga written and illustrated by Aki Hamaji and it premiered in Japan on October 8 of this year. The series will consist of a total of 12 episodes, it is produced by the animation studio CloverWorks and is transmitted legally on the platform crunchyroll.

Longing to make friends and perform live with a band, the reclusive and socially anxious Hitori «Bocchi» Gotou spends her time playing the guitar. On one fateful day, Bocchi meets outgoing drummer Nijika Ijichi, who invites her to join the Kessoku Band when her guitarist, Ikuyo Kita, runs away before her first show. Shortly after, Bocchi meets her latest bandmate: genius bassist Ryou Yamada.