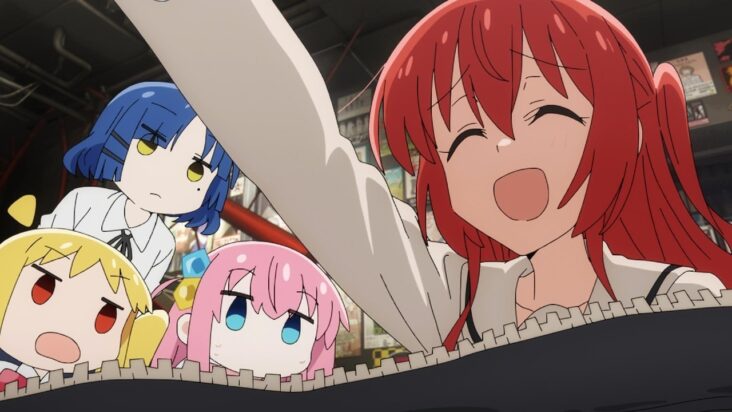 the anime of Bocchi the Rock has ended and is still surprising, not only because of the charming appearance or attractive personality of Hitori Gotōbut also because it is being considered as one of the best anime of the season, due to the high-quality production in terms of music, animation, and character development.

The series hit some snags at first, as some Japanese pointed to the anime as the destroyer of brands due to the poor results achieved in some collaborations when the first episodes aired. However, all that has changed and it is now a worldwide phenomenon.

At this moment we can say that Bocchi The Rock! is at its peak of popularity, winning the opinion of fans and breaking sales records set by high-calibre franchises.

To be exact, the band’s first album «Kessoku Band»the fictional group that stars in the series, ranked first on the top of the best-selling albums in Japan of Billboard Japan.

The list that includes all copies sold from December 26, 2022 to January 1, 2023 shows us the following results:

As can be seen from the weekly album sales chart of BILLBOARD JAPAN «Top Album Sales«, posted on January 10, 2022, the band»Kessoku Band» topped the charts with weekly sales with 73,244 copies.

The band’s first albumKessoku Band«, anime-inspired»Bocchi the Rock!«, contains a total of 14 songs; including the opening and ending.

Although this is not all, since the album has broken a record by surpassing the first album in the franchise in sales. K-ON!so the comments of internet users did not wait to see the achievement:

The Manga «Bocchi the Rock!» was written and illustrated by Aki Hamaji and began to be published in the magazine «Manga Time Kirara» of the publisher Houbunsha in December 2017. Currently, it has 4 published compilation volumes.