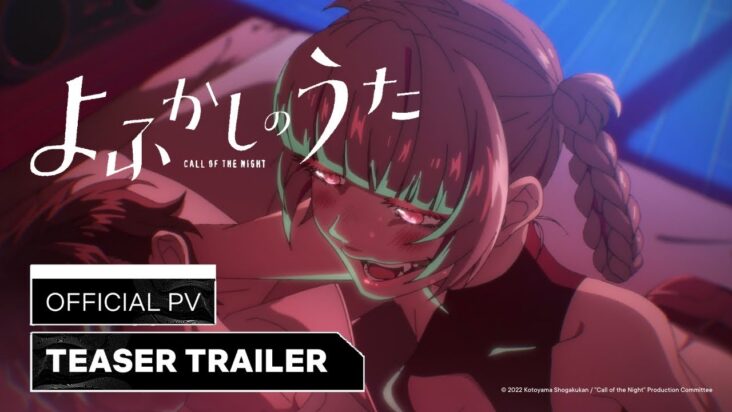 On the official site for the anime adaptation of the manga written and illustrated by Kotoyama , Yofukashi no Uta ( Call of the Night ), a new promotional video for the project was revealed. The video confirms that the premiere is scheduled for July 7 in Japan, and reveals a fragment of the opening theme performed by the band Creepy Nuts and titled » Daten «.

Quiz: Which My Dress-Up Darling Character Are You?

For his part, Kotoyama, who is also the author of the Dagashi Kashi franchise , began publishing the manga in Shogakukan’s Weekly Shonen Sunday magazine in August 2019. The publisher published the ninth compiled book volume in November 2021. followed by the tenth on February 18 in Japan.

Kou Yamori looks like your typical high school student on the surface. Relatively good at studies and kind to his classmates, he tries very hard to maintain this facade. One day, however, he decides to stop pretending and drops out of school, developing insomnia as a result of not having a daytime outlet for his energy. When he goes out for a walk alone at night, he feels slightly better, although he is aware that his inability to sleep should be considered a serious problem.

On one of those walks, Kou meets a strange girl, Nazuna Nanakusa, who diagnoses him with the cause of his insomnia: despite having made changes in his life, it keeps preventing him from experiencing true freedom. She tells him that he won’t be able to sleep if he isn’t satisfied with the way he spends his waking hours. When it seems that he has resolved his current concerns, Nazuna invites him to her apartment to share her futon. After a while, unaware that he is only pretending to be unconscious, she leans over him and bites his neck.