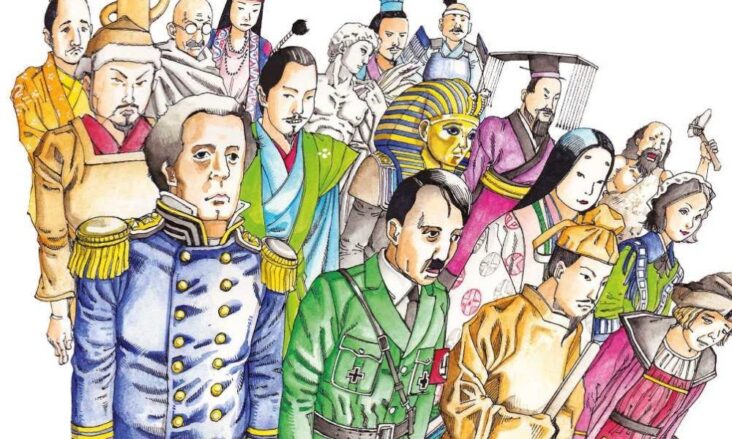 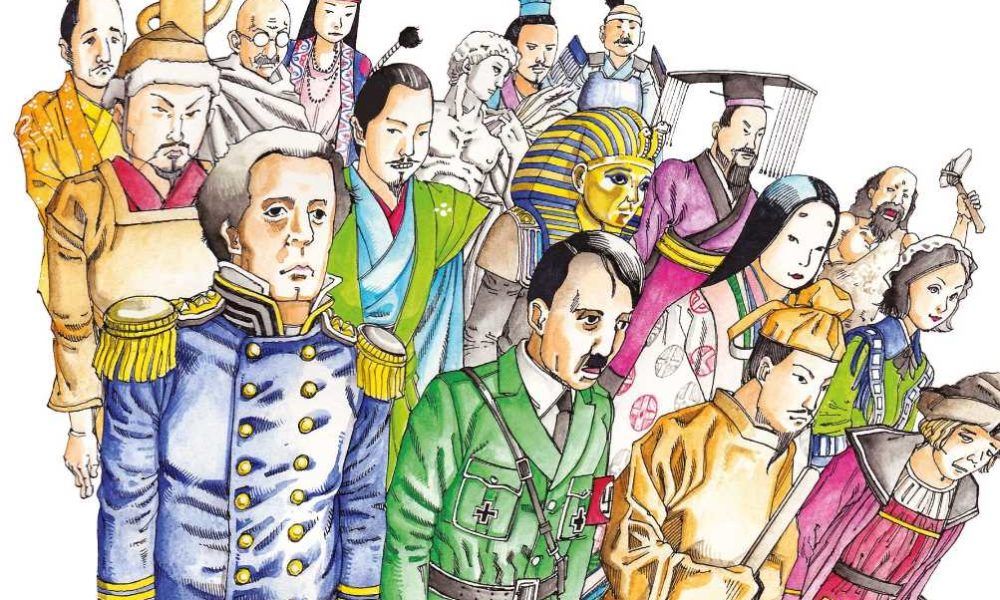 shintaro kago is a mangaka with a very special look. Through her cartoons, reality, people and even the manga itself are dissected to show a reality that never leaves you indifferent. However, what would happen if you took a look at the History that we all know? What would those historical figures look like through the eyes of Shintaro Kago? Welcome to Compendium of true universal history!

Originally known as Shinsetsu★Sekaishi TaizenShintaro Kago published the work in the Ohta Web Comic of ohta shuppan in 2015. Later, it was compiled in a single volume. In Spain it was released by the hand of ECC Editions in October 2019 under the title Compendium of true universal history.

It should be noted that this is not the first time that Shintaro Kago offers his particular vision of characters, historical events or History in general. This is the case of Odoru! Kyuuden Kremlinfocused on the USSR, or Chou-douryoku Mouko Daishuurai, where it covers the history of humanity through some giants that allowed the human being to evolve until the present time. Both are also available in Spain thanks to ECC Editions with the titles Dance! Kremlin Palace Y The Formidable Mongol Invasionrespectively.

Cristobal Columbus, Nobunaga Oda, Michelangelo… Today they are personalities who have transcended their time due to their role in the context or area in which they lived. Likewise, inventions such as the camera or the use of the horse, allowed us to get to where we are now. However, do we really know the aforementioned historical figures? Do we really know how the camera came to be? These are some of the questions that Shintaro Kago tries to answer. Well, rather, they are some of the gaps that the genius from Tokyo uses to develop his rich and particular universe. 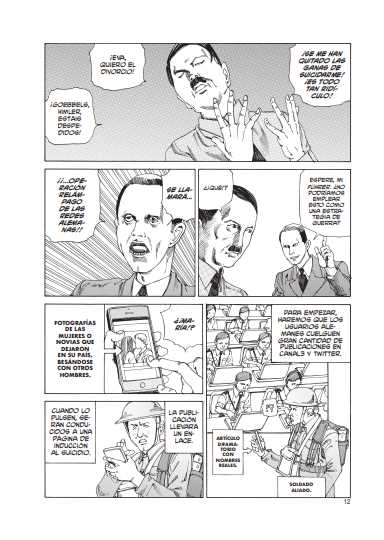 Because under the leadership of Shintaro Kago, Christopher Columbus is better known for his wit and mastery of penises than for discovering America, while Oda Nobunaga was only obsessed with one thing: chewing on nipples, and Admiral Perry takes his obsession to the extreme. open things (yes, that’s what you’re thinking). These are just a couple of samples of the reinterpretation that he makes of historical figures or events. A rather original and curious twist in most cases, through which the author displays his humor.

Humor is the predominant note in the symphony of hilarious ideas that Shintaro Kago presents in this volume. Most of them present a continuous escalation where the character or historical fact does not stop until reaching an absurd and surreal situation. And just like in Dance! Kremlin Palace we have an end story bakumatsu, where everyone fights with everyone. An epic ending that lives up to the events narrated. 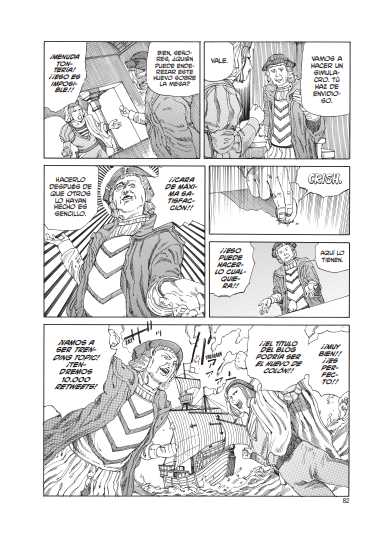 Of course, a very particular humor, let’s not forget that we are before Shintaro Kago. There is sex, there is violence, there are viscera…, since the author uses all of this to express his humor and the eroguro so particular to him. Something that the author himself reflects on in the story Intermission where he debates with his own editor.

Now, perhaps due to proximity to the reader or because they are characters that give more play, some work better than others. A Michelangelo who doesn’t know how to draw a penis or a Matthew C. Perry who takes his open politics to the extreme, work better than, for example, Liu Bei’s efforts to defeat his enemies or Sima’s communication through urethras. who.

Drawing at the service of the imagination

In this volume we may not be facing the best drawing of Shintaro Kago, at least in certain stories. In most cases, he is characterized by an almost sketchy drawing, with a fine line and where the greatest care is found in the characterization of historical figures. The rest is almost clone. 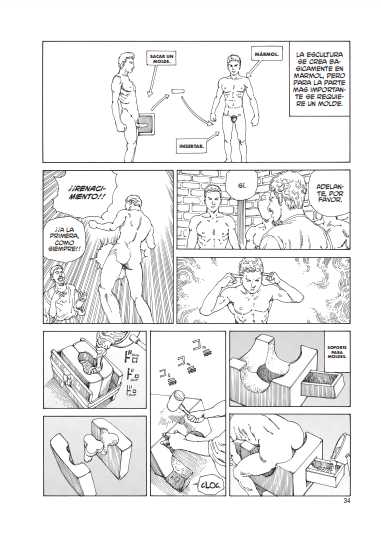 Although it may seem like a sloppy drawing, plots abound in the panels. we are before exaggerated stories starring histrionic characters bordering on the absurd, so the plots are more than necessary to convey the hilarious atmosphere that the author recreates.

It is above all in this atmosphere, where the author delights in recreating the treated context. In some vignettes he shows care for the setting, the period clothes… He is also retailer in other affiliations of the author such as nudes, viscera, penises, sex, etc. 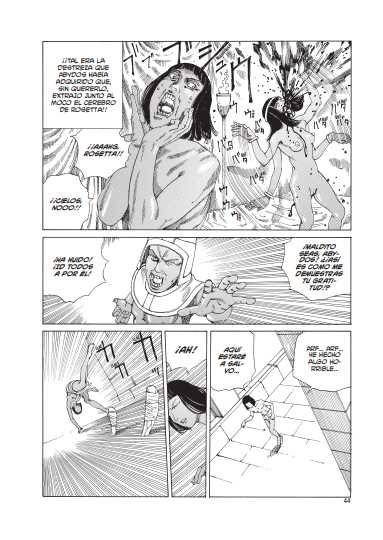 Although where the author stands out above all, and which is more enjoyable for the reader, are in the structures purely sprung from his imagination. The stories where he reimagines the origin of the camera, the story of the horse or Liu Bei’s bowing machine are just samples of the Tokyo author’s capacity for imagination.

Shintaro Kago is a one of a kind mangaka. While there are many well-known authors outside of the more commercial manga market, the Tokyo-born author is a complete departure from convention. A particular point of view that has made him a very attractive author, both inside and outside Japan, where his work goes from shelves to art galleries. 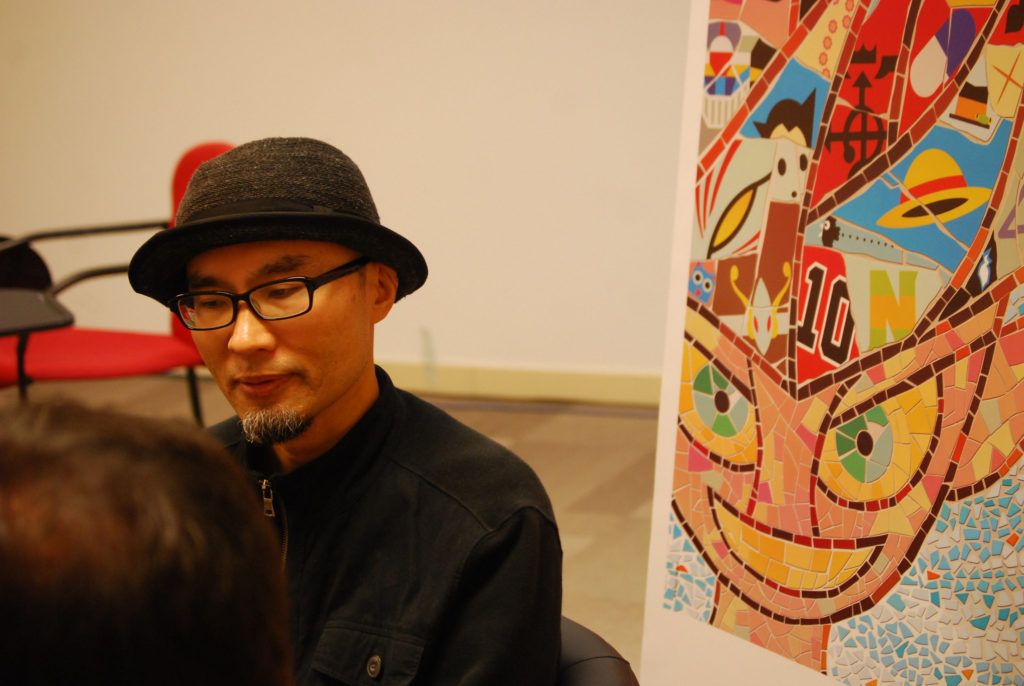 Born in 1969 in Tokyo itself, Shintaro Kago debuted in 1988 in the magazine Comic Box with several one-shots like My Beloved Lady either Punctures. In both, the author presented protagonists who, through the exploration of their own bodies, found themselves in surreal and even science fiction situations. 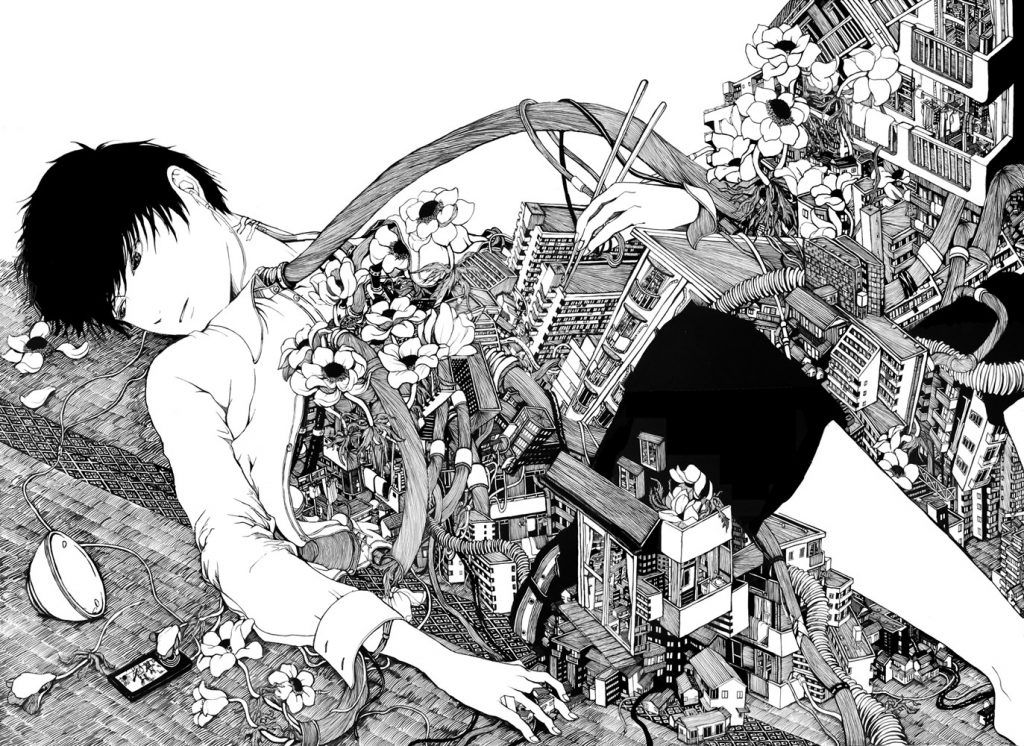 The Shintaro Kago phenomenon arrived in Spain in July 2012 thanks to EDT, which published Reproduction by Mitosis and other stories, a work that practically did not leave anyone indifferent. From this, the publisher opted for other works by the author such as Fraction either The massacre notebooks (where he transfers his art to the Edo period). Such was his popularity that the author was invited to the XIX Barcelona Manga Salon.

After the disappearance of the publishing house, no one had bet on the author again until he arrived ECC Editions with The formidable Mongol invasion in August 2015. Since then, the publisher has published fetus, Dance! Kremlin Palace, Compendium of true universal history, anamorphosis Y the great funeral. To these must be added dementia 21 Y Strange bodiesboth edited by West Mon.

Currently the author continues to publish new works, in addition to selling his art through his own website. His most recent work is The Princess of the Never-ending Castle, a compilation of short stories where the author once again shows that his imagination seems to have no limit. The work was published in 2019 under the editorial Hollow Press. However, in 2021 he released a sequel under the title The Twelve Sisters of the Never-Ending Castle. Both had a single volume.

Like the rest of Shintaro Kago’s volumes, ECC Editions presents the manga in a edition flexibook. We are before a volume A5 volume (14.8 x 21 cm) with a flexible hard cover and dust jacket, which allows you to enjoy the author’s drawing thanks to its large page opening. As for the cover, it is identical to the original edition.

Once inside the atom, we find a neat print and a quite elaborate translation by Yasuko Tojo. It is not an easy work to translate due to the amount of historical information it contains, especially about lesser-known characters in the West.

As for the price of the work is €15.95perhaps somewhat excessive if we take into account that it has fewer pages than a tankoubonbut with a slightly larger format.

Compendium of the true universal history is one more example of what Shintaro Kago is capable of. From the History that we all know, he gives it a twist to unleash his world full of histrionics, obsessions and, above all, ero guro. 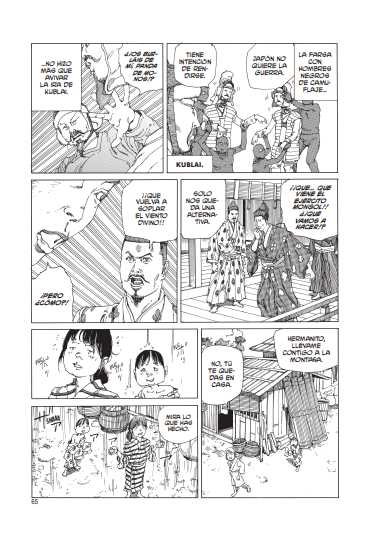 On this occasion we are not looking at his great drawing, but if he uses it in a effective when it comes to representing that unknown History, as well as its most common affiliations.