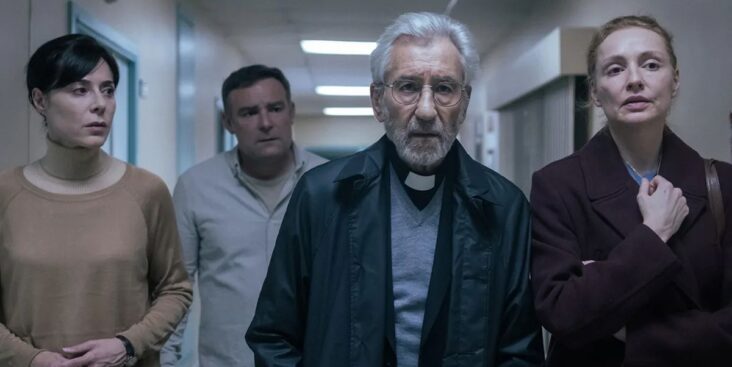 ‘Malasaña, 32’ (2020) was a neat variation on the theme of the haunted house, with the imprint of Amityville on the façade, which ‘Surcos’ (Nieves Conde, 1951) rewrote in times of gentrification, giving Concha Velasco the opportunity to shine with a role as risky as twilight. In it there was a palpable tension, let’s say a little uncomfortable, not only between the old and the new, the stale and the hipster, the tradition and the modern, but very especially between the authorship, the love of the genre, the imperative to take oneself into account. The matter is serious and the compelling chrematistic needs, completely understandable, of the cunning team of Bambú Producciones. It should be remembered in this regard that the film was signed by Albert Pintó, one of those responsible for the unnoticed and recommendable ‘Matar a Dios’ (Pintó, Casas, 2017) and, despite this, the result, as things were, was more a “product” than a “work”.

Something similar happens in this new terrifying bet, produced by Atresmedia and no less than five accredited screenwriters, freely inspired by an elusive case that occurred in Burgos in 2014. Seeing José Sacristán as an exorcist already justifies the payment of the ticket for whoever signs thisbut even so, the bet is solid enough, especially in production aspects such as the work of its diverse cast (Sacristán complies, but it is also necessary to highlight Díaz and Olazabal, in addition to a delicious and fun Cristina Castaño) enough to be simply considered a version of ‘Verónica’ (Plaza, 2017), the Hacendado model. Light years away, agree, from Friedkin’s original, and still looking from below at some of his most illustrious and fun sequels and imitations, and, of course, also at the aforementioned blockbuster of the girl from Vallecas, Jacobo Martínez’s film does not detract not at all to titles like ‘The rite’, ‘Devil inside’, ‘Exorcism in the Vatican’ or ‘Deliver us from evil’. And he puts on the table, a little to the wrong foot, almost for the bottom and with the laziness of staining his fingers too much or discovering the trick, the doubt on the basis of its very construction, giving a little wax to Catholic fundamentalism, in the skeptical character of the magnificent Silma López, in a similar way to what more ambitious and accomplished works such as ‘The Exorcism of Emily Rose’ (Derrickson, 2005) or ‘Requiem. The exorcism of Micaela’ (Schmid, 2006). Finally, ’13 exorcisms’ falls nicely, meets the expected and required quota of chillsbut it does not outline a reasonable model to wake up the fantastic Spanish from its progressive rigor mortis.

The best: the work and dedication of María Romanillos.

The worst: wondering if those responsible love or even understand the fantastic.

Synopsis: After a séance, Laura Villegas begins to behave strangely. Alarmed by the sinister behavior of her daughter and convinced that the devil has possessed her, her parents go to Father Olmedo, one of the 15 exorcists authorized by the Vatican to intervene in cases of demonic possession. From there, a series of strange phenomena will begin to surround the protagonists of the story.