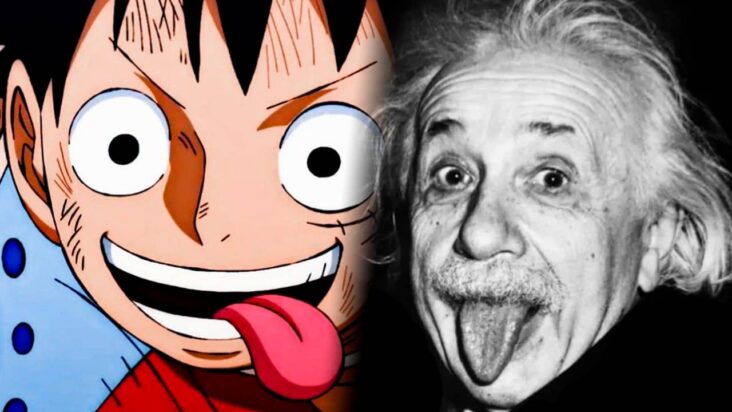 If you haven’t read the latest chapter of one piecewe recommend you do it in the service of Manga Plus of Shueisha:

In the most recent chapter 1066 from the manga one piecethe appearance of the famous was revealed Dr Vegapunk who looks similar to the famous physicist Albert Einstein.

The chapter 1066which is titled Ohara’s Willwhere a flashback is made and a Nico Robin as a child, among other things.

But here we do not come to make a spoiler, but we come to talk about the mysterious character, the Dr Vegapunk which bears a resemblance to the cartoonish form of Albert Einstein and his famous image of him sticking out his tongue, it may all be pure chance as far as the character looks like.

Also that he be a scientist and precisely carry out experiments with bombs of mass destruction, which although Einstein It does not have to do directly with the latter, if it was a precursor to several theories that many of them are still applied.

The Dr Vegapunk is mentioned for the first time during the narrative arc of Water Seven-Enies Lobbythe one dedicated to Nico Robin and indirectly to the 100 years of darkness.

There are many things that always happen in relation to one piecegiving something to talk about and there is not a moment in history in which one does not find something new for more than having read or seen it several times.

the manga one piecewritten and illustrated by Eiichiro Odabegan its publication in the magazine Weekly Shōnen Jump from the publisher Shueisha since July 1997. The manga has 103 compilation volumes published in total and a few days ago it was reported that the work exceeded 500 million copies in circulation.

On October 20, 1999, the manga one piece would premiere an anime adaptation that is currently still on air and is made up of 14 films, different OVAS and specials. the animation studio Toei Animation is responsible for the production of the anime under the direction of Konosuke Uda.

synopsis of One Piece:

Wealth, fame, power… one man had obtained everything in this world, he was the Pirate King Gold Roger. Before he died his last words inspired the world to venture out to sea: “My treasure? If you want it, it is yours… I have hidden everything in that place». And so began what is known as the Great Age of Piracy, throwing hundreds of pirates into the sea to find the great One Piece treasure.

This series recounts the adventures and misadventures of one of those pirates, Monkey D. Luffy, who accidentally ate a Devil Fruit (Akuma no Mi in Japanese) as a child, in particular a Gomu Gomu no Mi that made his body gain the physical properties of rubber, becoming the rubber man. Luffy, after this event, decides that he will become the next King of the Pirates and for this, he must find the «One Piece».