In the second issue of 2023 of the magazine evening from kodansha I know revealed on tuesday that the magazine will cease its activity with his sixth number of 2023, which will go on sale on February 28th in Japan. The editorial department of the magazine declared which part of the works sleeves which is currently serializing they will migrate to the application Comic Days after the suspension of publications.

Manga currently serialized in the magazine include ikimonogatari by Hidekichi Matsumoto Kindaichi 37-sai no Jikenbo by Fumiya Sato and Seimaru Amagi, Kindaichi Shonen no Jikenbo 30th by Fumiya Sato and Seimaru Amagi, Crusher Joe Rebirth by Isuke Hari and Haruka Takachino and Superman vs Meshi: Superman no Hitori Meshi by Satoshi Miyakawa and Kai Kitago. 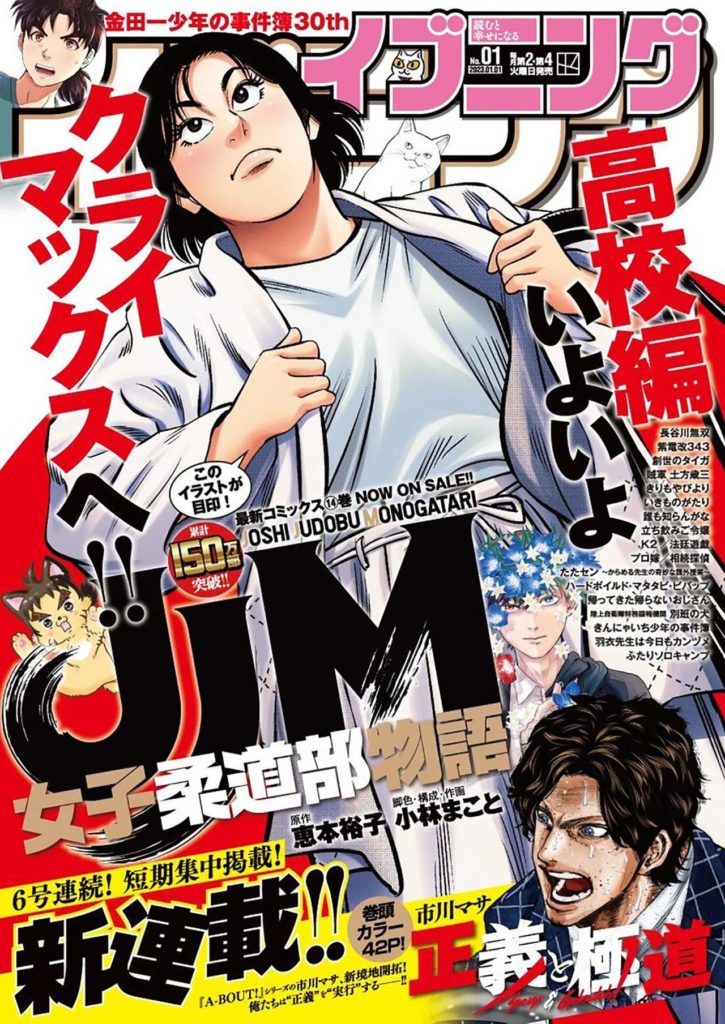 Manga that were previously published in the magazine include: Yondemasuyo, Azazel-san by Yasuhisa Kubo, inuyashiki by Hiroya Oku, Lovely Muco! by Takayuki Mizushina, moyashimon by Masayuki Ishikawa, lastgender by Rei Taki, All Rounder Meguru by Hiroki Endō, Blood Alone by Masayuki Takano, Yoke by Shinji Makari and Shuu Akana, Gurazeni: Natsunosuke no Seishun by Yūji Moritaka and the artist Yōsuke Uzumaki and RAW Hero by Akira Hiramoto.

The magazine originally began life in 2001 as a supplement to the magazine Morning from kodansha and at first it was known by the name of Morning Shin Magnum Zokan. The magazine later changed its name to monthly evening in 2001 and finally changed to its current bi-monthly periodicity in 2003. kodansha publishes the magazine on the second and fourth Tuesday of each month.