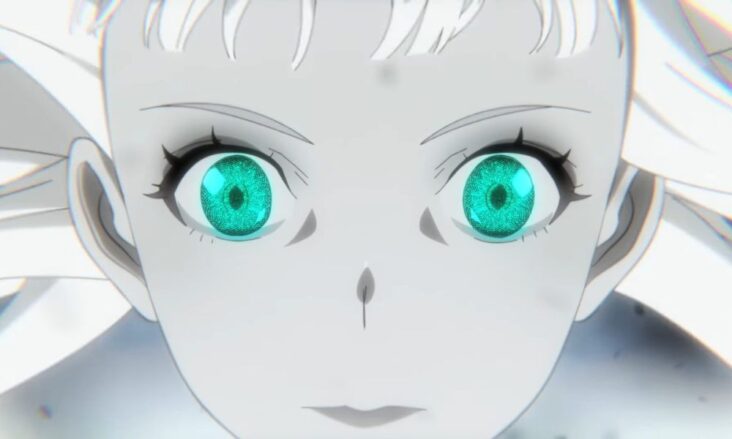 First trailer and cast of Giant Beasts of Ars

last week in the official Web site from the anime Giant Beasts of Ars (Ars no Kyoju) was published on first trailer promotion of this animated project, the result of the collaboration of the Japanese company dmm and the streaming platform HIDIVE. In addition, the members of the additional cast. The series will will premiere on Japanese TV next January 6, 2023. 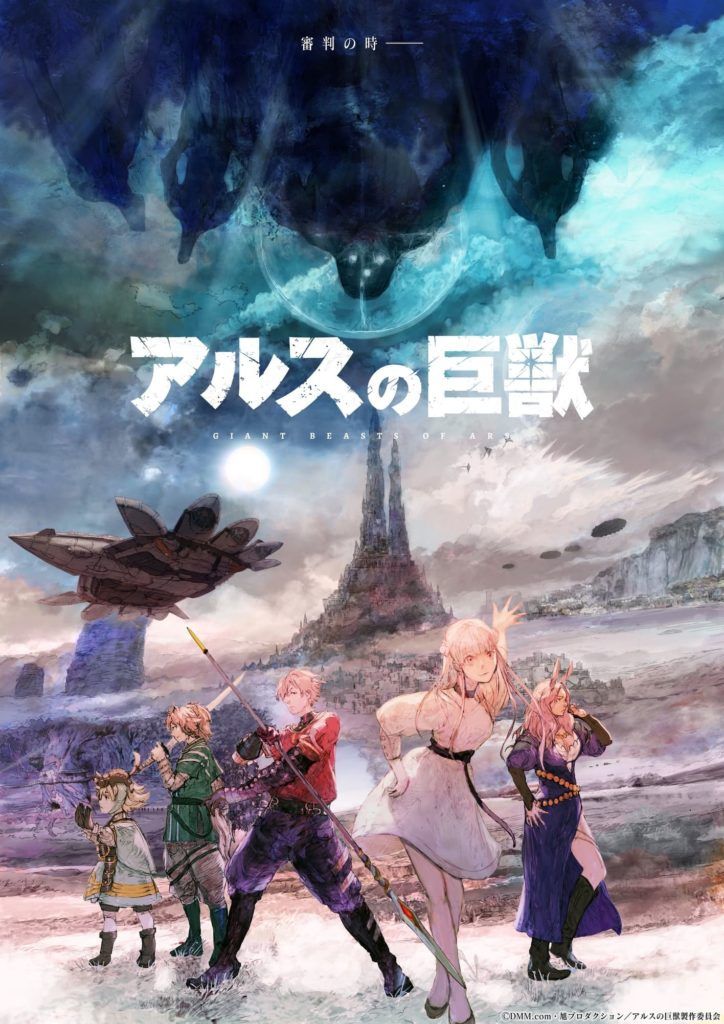 The casting of voice actors that join the series is made up of the following distribution of roles (from left to right of the images): 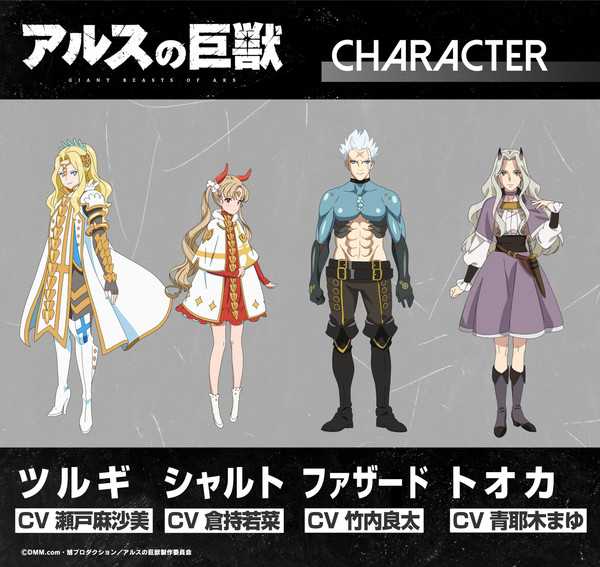 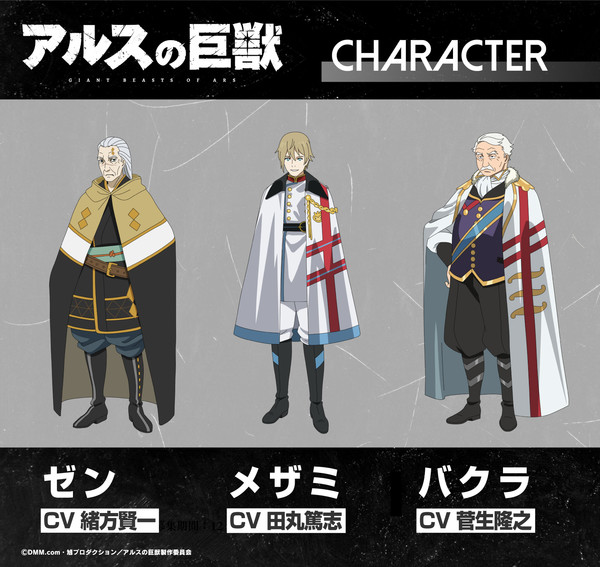 On the other hand, in the cast already confirmed it is made up of the following seiyūs (from left to right of the images): 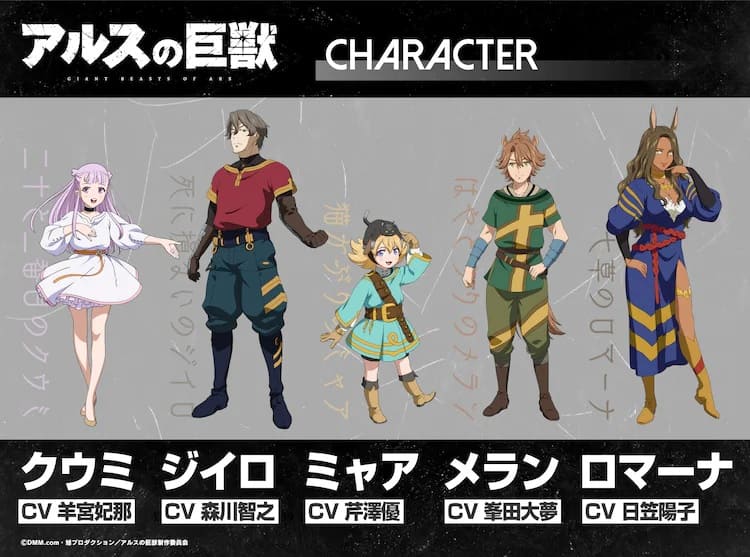 The story takes place in a time of swords, heroes, and myths. Giant beasts created the land, but then humans stole that land. This angered the beasts, which then began to eat humans. To defend themselves, humans turned to the gods. The Kyojū beasts began to spread across the world, causing great damage, but the humans fought back by hunting down the Kyojū. Mankind also prospered by using the dissected parts of the beasts.