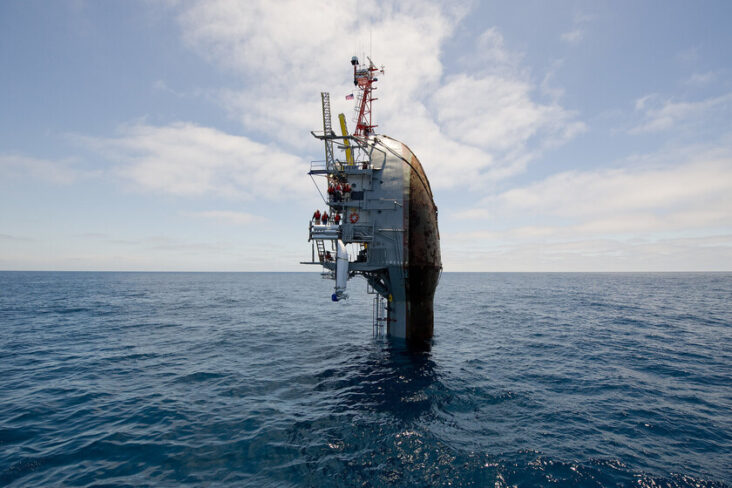 Seen from afar, or even up close, FLIP It looks like a sinking ship. No need to use imagination. Not trying too hard either. This is probably how most people who don’t know what it is, how it’s designed, or what the mission of this structure is, would actually describe it: like a ship that has hit an iceberg and started to sink.

And yet FLIP has little to do with a wreck. Because it is not even a boat to use. rather it is a research platform. A peculiar one, yes, designed to go from the horizontal position that it uses during its displacements to a vertical one, which it adopts during its scientific work and makes it such a surprising structure.

To its FLIP form it is able to “stand up” in the ocean.

How? And above all, what for? To answer both questions, we must review the history and the true objective of this peculiar platform designed to scrutinize oceanic secrets.

With 84% of its «length» submerged 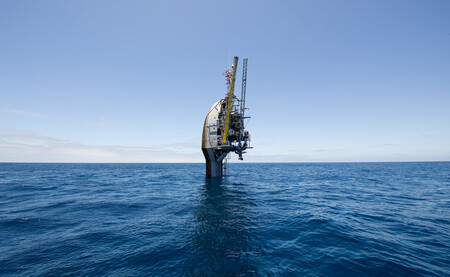 FLIP, a curious name, but which is actually made up of the acronym for Floating Instrument PlatformIt is not a ship, but a structure of about 108 meters designed for research. Its unique design was actually drawn from the Scripps Marine Physics Laboratory and the structure is operated by Scripps Oceanography for the US Navy. Nor is it any groundbreaking or futuristic innovation. She was built in 1962 to provide valuable information in submarine warfare.

To move FLIP needs to be towed offshore in a horizontal position, like a conventional platform. It is once you arrive at your destination, at the point chosen for your investigations, when you carry out his most spectacular maneuver: “incorporates” 90 degrees so that most of its length, about 91 meters, ends up submerged under water. On the sea they appear in those cases only 17 meters which include, among other resources, cranes to handle scientific instruments.

Such an operation is completed thanks to a pressurized water and air ballast system that allows it to change position and become a «mast buoy», a peculiar, spiked structure that is more reminiscent of a capsizing ship than a scientific base. but which nonetheless offers two valuable advantages: stability and resistance to waves. According to the UC San Diegoits mechanism allows you to go from the horizontal to the vertical position in just under half an hour. 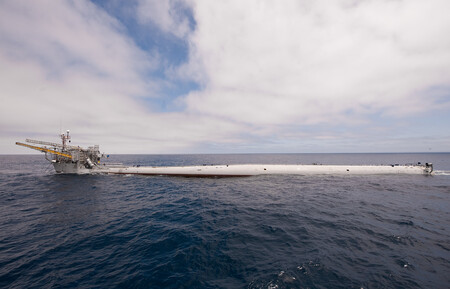 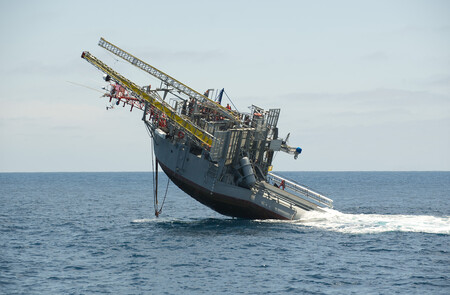 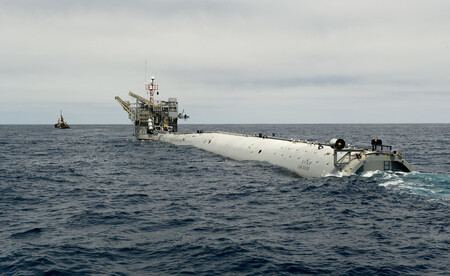 The big question at this point is: So that? Why do you need to stand upright? The key is in the measurements you can make like this, a peculiar pose that allows you to collect data on long-range sound propagation and valuable measurements in fields such as geophysics, meteorology or physical oceanography. For this purpose, it is equipped with special instruments, with a wide range of sensors and equipment, like sonars.

His research team is made up of about 11 people and a crew of five. It is estimated that FLIP can undertake investigative operations of up to 30 days without replenishment.

One of the objectives with which it was developed —They explain from UC San Diego— consisted of providing a stable platform to measure sound wave fluctuations for the US Navy’s SUBROC (SubMarine ROCket) program. At first the technicians opted for submarines, but they proved not to be an ideal option, so they opted for something different: “a manned buoy”, a design that would allow the tanks to be flooded using valves.

Not much later, in July 1962, FLIP was already being tested in the Dabob Bay area, in the state of Washington, and a couple of months later it left for San Diego. Over the decades it has been towed to different points of the Pacific and Atlantic to carry out research in such diverse fields such as oceanography, meteorology, geophysics or biology.

Throughout the 90s and during the early 2000s it has undergone maintenance and updating work. on their website, UC Ssan Diego explains that it went through the dry dock in 2013 and in the middle of that same year he starred in the 381st turn of his research career to celebrate its half century of history. At least in 2015 it was still surprising for his physiognomy.

And drawing oblations of admiration for his ability to «join» in the ocean.