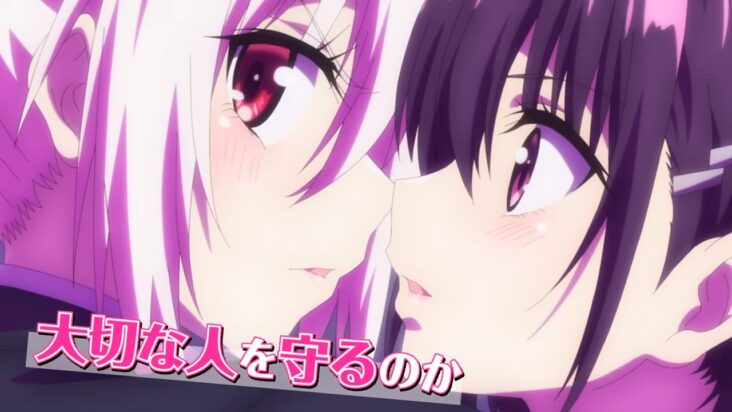 Today, from the official account of Twitter of the Ayakashi Triangle Franchise, have launched a special broadcast of a video ASMRwith the participation of the seiyuus Miyu Tomita and Kana Ichinose, who will give them the voice in the anime that is soon to be released on TV.

For those who don’t know what he is ASMRthe initials mean Autonomous Sensory Meridian Response en English, which translated into Spanish would be Autonomous Meridian Sensory Responseso that they understand each other is an experience that has the sensation of static and tingling on the skin.

Surely you have seen Youtube or on other platforms people speak near the microphone in a very low tone, almost whispering or in any case manipulating objects near or even tapping the microphone, that would be what ASMR is.

But going back to the news, this «event» will bring us daily situations around the protagonists of the series and with risqué situations, which is what will give strength to the use of the ASMR format, because the series is a bit quite ecchi.

So you can appreciate the voices of the seiyuus of the Ayakashi Triangle franchise in a whisper tone to put it in a way, calm, playful before being able to appreciate it at its best in the anime.

It’s quite an interesting Marketing move where they would be using this special project to launch the start of the anime this winter season. Therefore, the transmission can be viewed on the following platforms with the exact date and time of the same:

The transmission information is as follows in Japan:

It can also be seen online by streaming for those who do not have access to watch it on Japanese television on the following platforms:

the manga Ayakashi Triangle is written and illustrated by Kentaro Yabuki (To Love Ru, Darling in the Franxx), and began its publication in the magazine Jump Comics from the publisher Shueisha from the month of June of the year 2020. The manga Ayakashi Triangle It has 11 compiled volumes published in total and a few weeks ago it was reported that the work exceeded 1.3 million copies in circulation.

Matsuri Kazamaki and Suzu Kanade are childhood friends, bonded by their shared ability to see «Ayakashis,» youkai seeking «life force» to devour. However, in high school, the relationship of these childhood friends deteriorates.

As Suzu’s one-sided feelings grow, so does the difference in their views on ayakashi: Matsuri views all ayakashi as a threat, while Suzu is an ayakashi medium, someone who emanates a significant amount of life force. compared to the average human being and loves them all despite the risk.

When the two come across a talking white cat named Shirogane, they are unaware that he is a four-hundred-year-old ayakashi known as the «King of Ayakashi.» He is hell-bent on gaining even more power by devouring Suzu, but when Matsuri swoops in to try and save her by sealing away Shirogane’s powers, the ayakashi uses a jutsu to turn him into a girl!

Matsuri vows to protect Suzu from further harm as her best friend, but she must learn to act like a girl until her grandfather, a famous wind jutsu exorcist ninja, can undo the jutsu. Meanwhile, Suzu must resolve her romantic feelings for Matsuri now that she is no longer a boy, but when Matsuri takes the king as her pet, the future of the two friends seems uncertain.