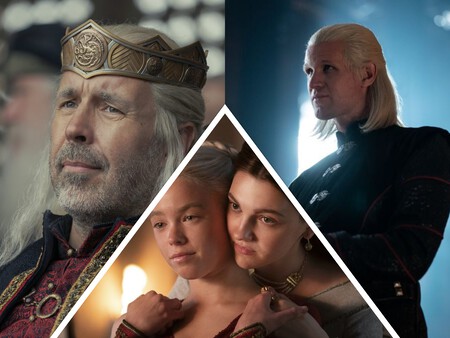 Warning: below you could see some Spoilers of episode 4 of the first season of The house of the Dragon.

King Viserys Targaryen is between 30 and 40 years old in House of the Dragon. The actor who plays him, Paddy Considine, is 49 years old. 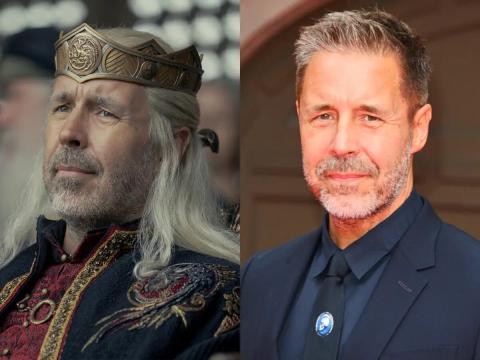 Viserys is played by Paddy Considine, born on September 5, 1973.

In the image Considine appears with a blonde wig and a characterization to slightly age his character during the first 4 episodes.

During an interview with Business Insider before the premiere of the first season, Considine commented that he considered his character to be «middle-aged,» then smiled as he called Viserys a handsome gray-haired man.

Alicent Hightower is 14 years old at the beginning of the House of the Dragon and the actress, Emily Carey, was 18 during filming. 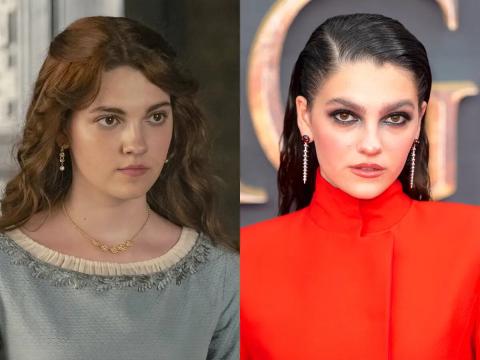 Young Alicent Hightower is played by Emily Carey, who was born on April 30, 2003.

Are you watching The House of the Dragon? Well there are 3 animes of dragons for your enjoyment

Alicent is one of the main characters in the book Fire and Blood by author George RR Martin, whose age was changed for the television series.

In the books, Alicent is already in her teens when this part of the story begins, she is not a girl the same age as Rhaenyra.

Emily Carey has confirmed to Business Insider that Alicent is 14 years old at the beginning of the series, making her about 18 years old in episode 4 (because of the time jumps the series does).

Rhaenyra Targaryen is 14 years old at the beginning of House of the Dragon and Milly Alcock was 21 during filming. 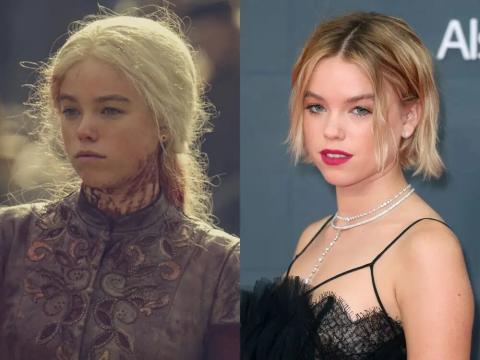 The young Rhaenyra Targaryen is played by Milly Alcock, who was born on April 11, 2000.

Like young Alicent, Rhaenyra is 14 years old and grows up to almost 18 years old over the course of the first 4 episodes.

Milly Alcock was 21 years old when the first season of House of the Dragon was filmed.

Prince Daemon Targaryen is in his early 20s in the first episode, while actor Matt Smith is 39. 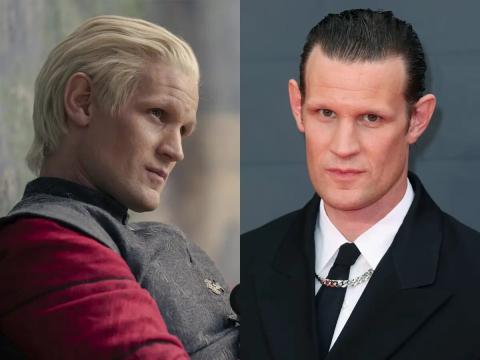 When House of the Dragon does a time jump, Daemon is around 30 years old.

In an interview with Business Insider, the series’ executive producer, Ryan Condal, explains that he thinks of Daemon as being in his early 20s and then moving on to his early 40s, «that’s kind of the range.»

In the interview, when actor Matt Smith and his co-star Fabien Frankel are asked about their ages on the show, they both laugh and say at the same time, «I couldn’t tell you.»

«I think they are ageless,» jokes Smith.

Condal has a similar idea.

«In a way, we approach Daemon as ageless,» says Condal. «He’s one of those guys that when you see him 10 years later, it seems like he hasn’t aged a day. Despite Daemon’s way of living, he would age anyone.»

«We really didn’t want the actors to focus too much on specific days or ages because we thought it might be confusing,» says the producer.

Criston Cole begins in his early 20s, and actor Fabien Frankel was 28 during filming. 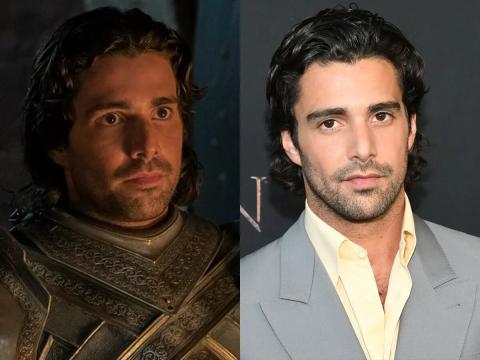 Criston is played by Fabien Frankel, who was born on April 6, 1994.

«Cole is in his early 20s, early on, and then he ages into his 30s or so,» Condal tells Business Insider.

«When Cole enters the story, he’s this hopeful, optimistic gentleman, this poor gentleman who comes from the Hinterlands but has enormous talent,» he explains.

But as the series progresses and the character grows, he begins to spend more time ensconced in court and his world view changes.

«Possibly he becomes someone more cynical and more tired of the world,» explains Condal. «And those are the kinds of things that are more helpful to the actor than playing at a specific age, if that makes sense.»

Later in the first season, the series makes a significant time jump of about 10 years. Alicent is then played by Olivia Cooke, 28 years old. 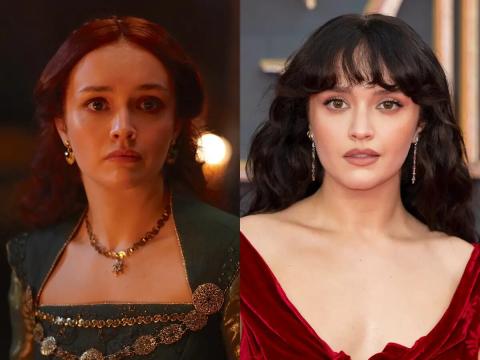 Alicent as an adult is played by Olivia Cooke, who was born on December 27, 1993.

The adult version of Alicent is also in her twenties , as is Cooke.

Condal explains to Business Insider that the decision was made early in production to have at least 2 actors play any character who started the series as a child.

«It’s still a hassle, but I think it works, having seen it a bunch of times,» Condal said during a panel discussion with Business Insider before the series premiere.

Rhaenyra will also be played by a new actress when the character reaches the age of 20. Emma D’Arcy, 30, will take on the role at that time. 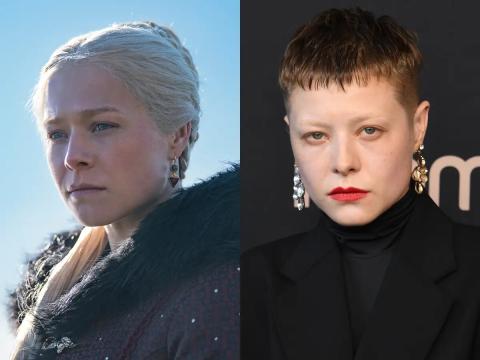 The adult version of Rhaenyra is played by Emma D’Arcy, who was born in 1992.

Fans haven’t seen D’Arcy step into Rhaenyra’s shoes yet, but when she does, they’ll see the more mature version of the Iron Throne heir.