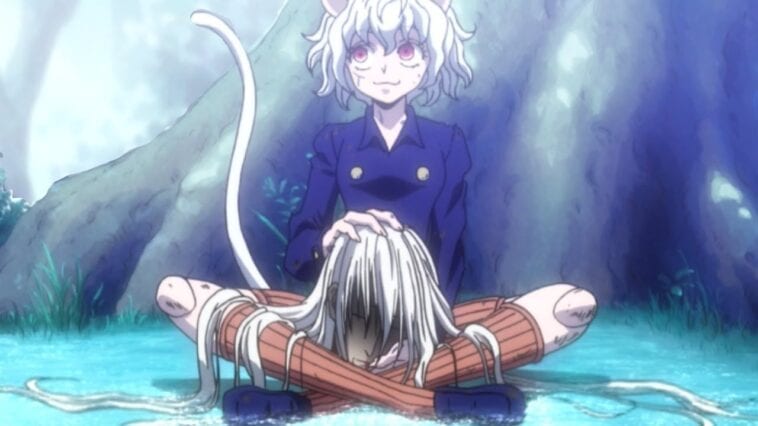 Hunter x Hunter 2011 has a total of 148 episodes and here you can see a summary of each of the arcs and episodes of the anime. Plus everything you need to know about how many episodes each arc contains, and How many arcs are there in HxH.

Hunter x Hunter – Summary of all arcs and episodes.

See the summary below:

The Hunter Exam arc is the first arc in the series’ story. The arc spans from chapters 1 to 38 of the manga, episodes 1 to 31 of the 1999 anime adaptation, and episodes 1 to 21 of the 2011 anime adaptation. In this arc, candidates from all over the world attempt the Exam. Hunter to become Hunter Professionals. . The main characters of the series also appear in this arc, such as Gon, Killua, and Kurapika.

The Zoldyck family arc is the second (unofficial) arc in the series’ history. The arc spans from chapters 39 to 43 of the manga, episodes 32 to 36 of the 1999 anime adaptation, and episodes 22 to 26 of the 2011 anime adaptation. Gon, Leorio, and Kurapika arrive in the Republic of Padokea. , Killua’s homeland. They board a tour bus that will take them to the entrance of Zoldyck’s property. During the tour, they notice two suspicious tourists. The guide, Coco Loo, informs everyone on the bus about the history of the Zoldyck family.

The Sky Coliseum arc is the third (officially the second) arc in the series’ history. The arc spans from chapters 44 to 63 of the manga, episodes 37 to 44 of the 1999 anime series, and episodes 27 to 36 of the 2011 anime series. Gon and Killua arrive at the Arena of Heaven, a place where wrestlers gather. His goal is to train, earn money, and find Hisoka so Gon can return Hisoka’s insignia during the hunter exam. They start on the lowest floor, easily winning their matches.

The Yorknew City Arc is the fourth (officially third) story arc of the series. The arc spans from chapters 64 to 119 of the manga, episodes 45 to 62 of the 1999 anime series, and episodes 37 to 58 of the 2011 anime series. Gon returns home to Whale Island with Killua. He introduces Killua to Mito and they have a great meal with his great-grandmother. After this introduction, everyone gathers again to participate in the largest auction in the world in Yorknew City, where the main story of the arch takes place.

The Greed Island arc is the fifth (officially fourth) arc in the series’ story. The arc spans from Chapters 120 to 185 of the manga, Episodes 71 to 92 of the 1999 anime adaptation series, and Episodes 59 to 75 of the 2011 anime adaptation series. Gon and Killua go to Auction Southernpiece for Greed Island. Rather than trying to get it outright, Gon and Killua planned to let someone else buy it and then join the game for that customer. After a brief encounter with Feitan and Phinks, the Greed Island auction begins. Gon and Killua increase their offer as much as they can, but Battera outpaces them.

After the auction, Battera and his assistant, Tsezguerra, are asked if they can join the game for him. Despite his knowledge of the game and of Nen, Tsezguerra refuses, stating that his display of Nen was not strong enough. It also says that Nen users would only be able to log into the game after passing a test a few days later. Wanting to prove both of them wrong, Gon and Killua keep training. At the same time, Feitan and Phinks obtain a copy of Greed Island by stealing it. After training, they manage to join the game and the arc begins its main plot.

The Chimera Ant arc is the sixth (officially fifth) arc in the series’ story. The arc spans from chapters 186 to 318 of the manga. It was not animated in the first anime adaptation (from 1999) due to the uneven release schedule of the manga. In the 2011 anime, the arc begins with Episode 76 and ends with Episode 136.

After Gon and Killua use an «Accompany» card to find Ging or «Nigg», they are transported to the Kakin Empire, a country on the Azian continent. When they get close to Nigg, they are attacked by the latter, but are actually saved from being attacked by chimera ants. The Nigg they were sent to is revealed to be Kite, Gon’s savior when he was attacked by a Foxbear on Whale Island. Kite is surprised to find Gon there. He said that he was on Ilha Greed at Ging’s request, and that he used «Accompanhar» instead of «Magnetic Force» by Gon or if he could find Kite in no Ging, he wanted third certainty that Gon and the seriam sozinhos are estivessem To attend.

Considered one of the best bows by fans, the story begins as described above and evolves a lot into epic battles.

After the death of the Hunter Association president, a new election for a new president was necessary. Meanwhile, Gon is on the brink of death and Killua implements a dazzling plan to save his life using his sister.

It is the eighth (officially seventh) story arc of the series and spans from Chapter 340 to Chapter 348 of the manga. The arc was released long after the end of the original anime series and was not animated in any of the adaptations.

Isaac Netero’s son goes on an expedition to the dark forbidden continent, the remaining zodiacs try to stop him, and he recruits Kurapika and Leorio to help him.

The princes of the Kakin empire try to kill each other in a royal battle for the throne, there are 14 princes in total and Kurapika is hired by the 8th queen as a bodyguard and an extremely bloody battle takes place in this arc.

You can follow the Hunter x Hunter anime in its entirety on Crunchyroll .