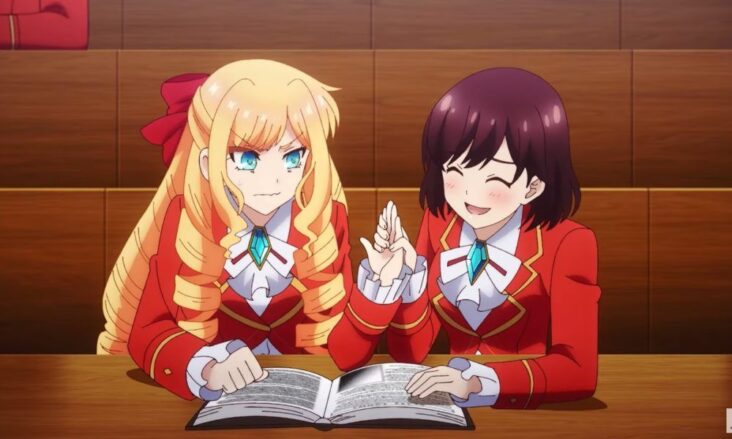 I fell in love with the villain will have anime

This Tuesday a Web page and one twitter account to announce that the light novel and manga series I fell in love with the villain (Watashi no Oshi wa Akuyaku Reijō) will have a anime adaptation the next year 2023. Along with the announcement has been presented a first trailer and promotional image of this project based on the work of Inori. 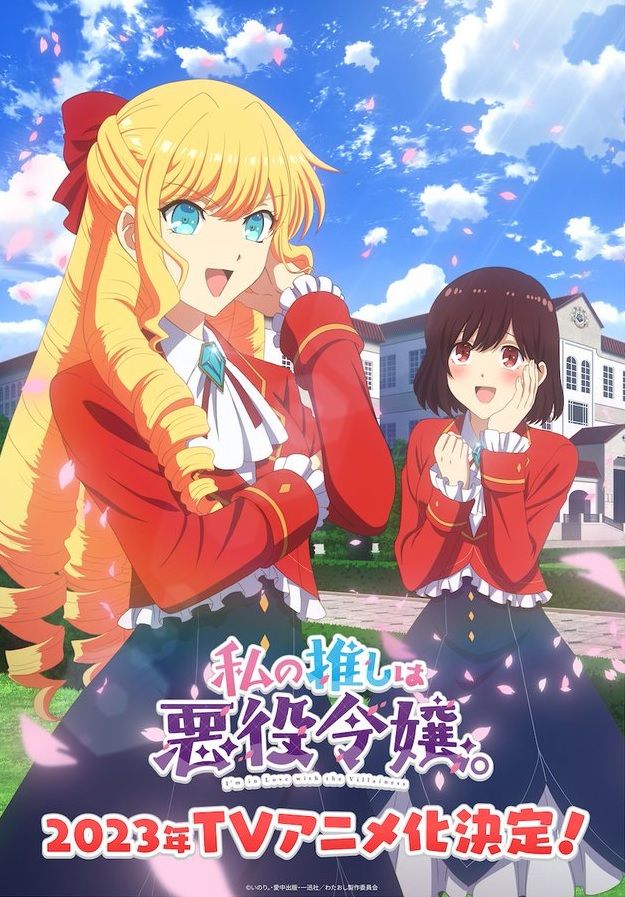 Platinum Visionstudio responsible for animes like Devil’s Line, love of kill either servampis behind the animation of this yuri comedy of I fell in love with the Villain. For this project it has Hideaki Oba (love of kill) in the direction and with Ayumu Hisao (love of kill, Devil’s Line) to write and supervise the script. youko satou (7SEEDS, Saiyuki Reload Blast) adapts the character designs of Aonoshimo and Hanagata into the anime. Hajime Takakuwa is behind the sound direction and Noriyuki Asakura Y Usagi to Uma they compose the music.

The voice actresses who will play the two main roles in the story have also been revealed. Yū Serizawa gives voice to rae taylor while Karin Nanami plays the villain claire francois.

Inori started her post on the web Shōsetsuka ni Naro in January 2018 and ended in February 2021. Ichijinsha published this story on paper between February 2019 and August 2021 with illustrations by Hanagatahaving published a total of 5 volumes. Inori currently continues to expand the story with the spin-off She’s so Cheeky for a Commoner!which publishes on the web Shōsetsuka ni Naro from May 2021. The publisher ichijinsha He also acquired this new novel of which he has already published a first volume, also with illustrations by Hanagata.

Anoshimo draws the manga adaptation of Inori’s novel since June 2020 in the pages of the magazine Comic Yuri Hime of ichijinsharemaining open to day today with 4 volumes compilations in the Japanese market.

In Spain, the light novel I fell in love with the villain is being published in Spanish by Sekai Editorial and of which the first two volumes have already been published. The third volume will go on sale in our country on December 16. While, Arechi Manga publishes the manga, of which it published the first volume on November 10.

Office worker Rei Ôhashi, who was completely hooked on an otome game called Revolution, has been reincarnated as the protagonist, Rae Taylor. The most curious thing about the case is that her favorite character was not one of the princes to be conquered… but the villain of the game, Claire François! An exciting fantasy romantic comedy begins in which the protagonist must do everything possible to conquer the villain.