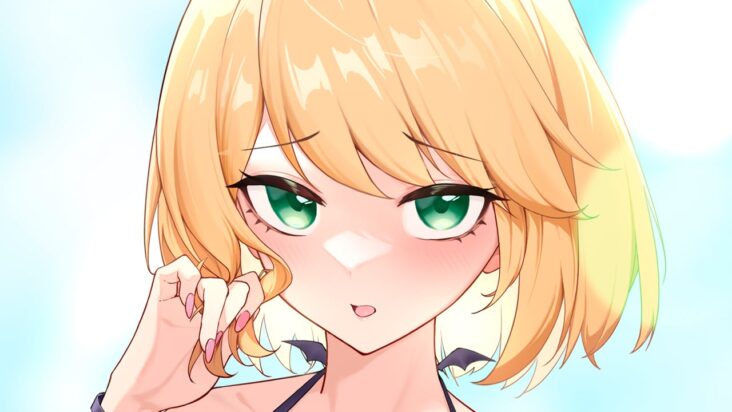 At the time the publisher Kodansha announced in the November issue of the magazine «Monthly Shonen Magazine» that manga Koi wa Sekai Seifuku no Ato de (Love After World Domination) would come to an end, many people have begun to regret this sad news, and it is that despite the fact that the work did not manage to collect a good number of copies in recent times, if it is true that thanks to its adaptation to anime, the manga managed to gather a good number of followers in different parts of the world. 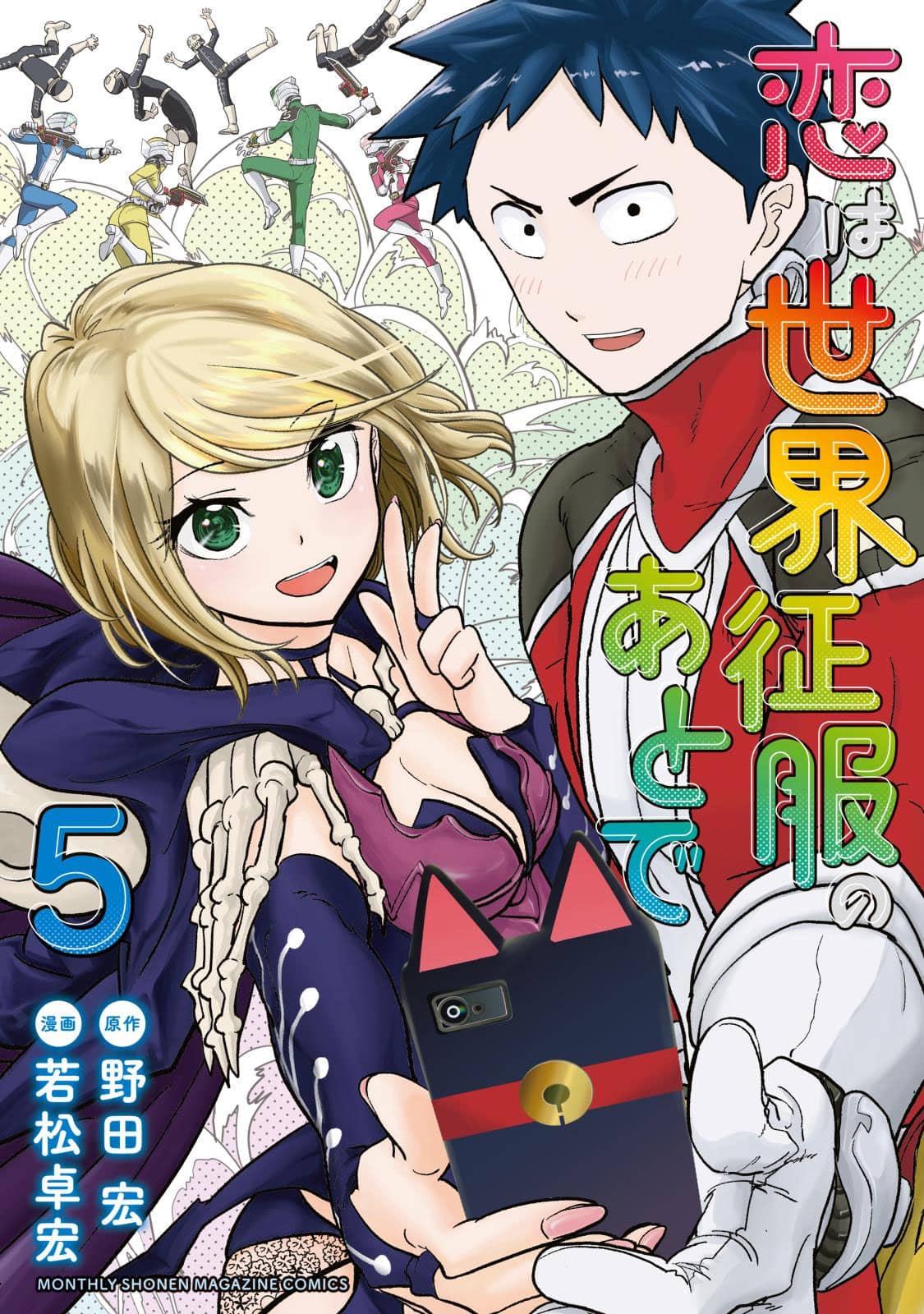 However, who has given his opinion regarding the cancellation of «Koi wa Sekai Seifuku no Ato de» it was Takahiro Wakamatsuillustrator of the manga, and it is that through his personal Twitter account he mentioned that it is a pity that it has been cancelled, since there was still time for the manga to come to an end, showing a certain state of disappointment at this decision by Kodansha . 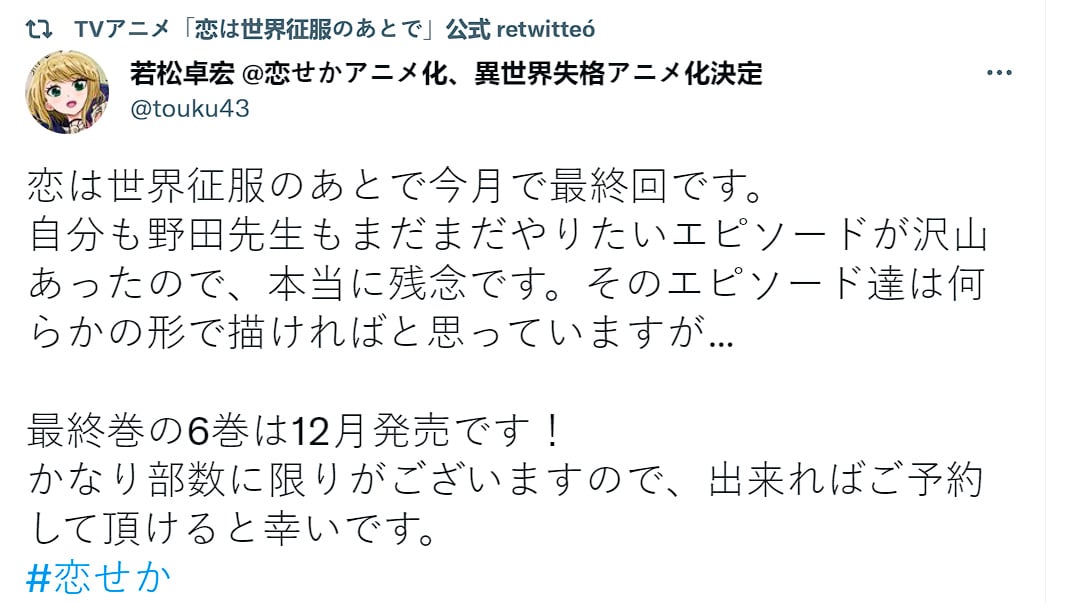 Love is the last episode of this month after World Domination. It’s a real shame, because both me and Noda-sensei had a lot more episodes we wanted to do. I hope to draw those episodes in some way, but… Volume 6, the last one, comes out in December.

The number of copies is quite limited, so we would appreciate it if you order it in advance if possible.

Upon reading this message, fans began to suggest the illustrator Takahiro Wakamatsu to continue working on the manga and to make the respective updates through an online platform or even Twitter if they want. At the moment, it is unknown what will happen with this manga, but we will be attentive to what could happen in the future.

Additionally, the manga’s illustrator «Koi wa Sekai Seifuku no Ato de» shared a special illustration for the end of the manga. 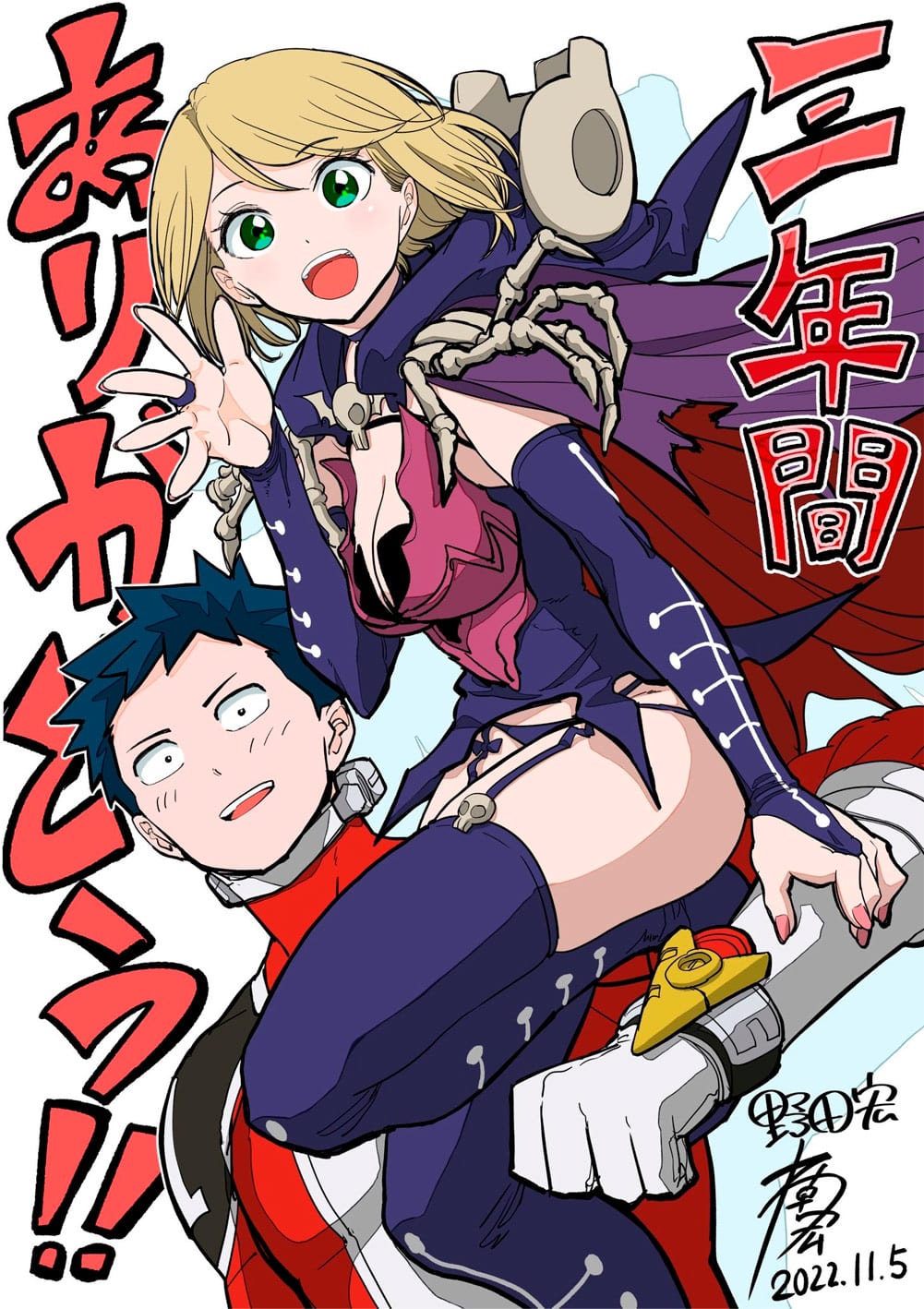 the manga Koi wa Sekai Seifuku no Ato dealso know as Love After World Dominationis written by Hiroshi Noda and illustrated by Takahiro Wakamatsu and began its publication in the magazine Monthly Shonen Magazine from the publisher Kodansha in the month of October 2019. Currently, the manga has 5 published compilation volumes in total. 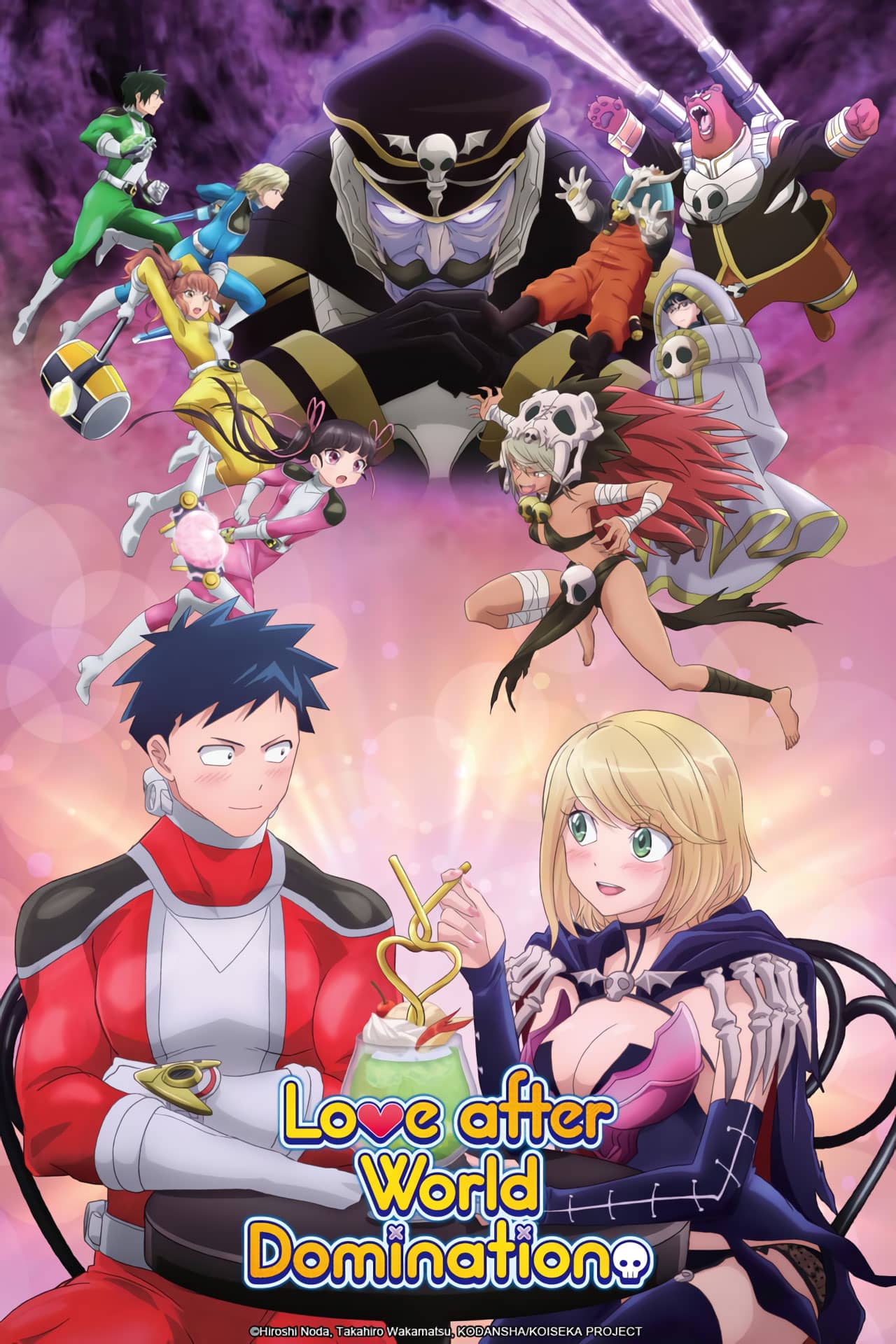 On April 8 of this year, the manga «Koi wa Sekai Seifuku no Ato de» would premiere its anime adaptation that consisted of a total of 12 episodes. In addition, the animation studio Project No.9 was responsible for the production of the series under the direction of Kazuya Iwataand is legally available through the platform Crunchyrollwho dubbed into Latin Spanish for the anime.

synopsis of Koi wa Sekai Seifuku no Ato from:

Fudou Aikawa and Desumi Magahara have just started dating, but no one can tell! Nicknamed «Red Gelato», Fudou is the leader of «Gelato 5», a group of heroes dedicated to protecting Japan. On the other hand, Desumi is nicknamed as the «Princess Reaper» and is one of the fighting leaders of «Gekko», an evil secret society bent on world domination and considered Gelato 5’s greatest enemy. While pretending to be deadly enemies, Fudou and Desumi sneak away from the battle to spend time together.