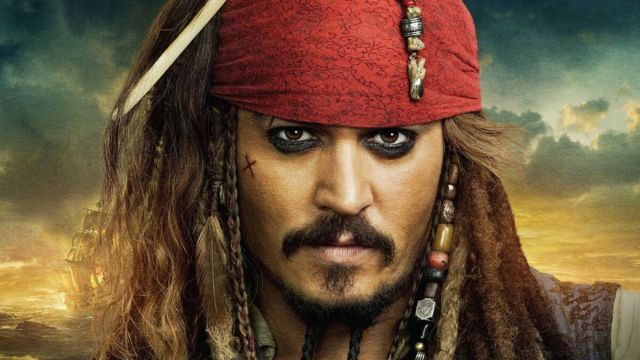 One of the most recognized, brave, versatile and chameleon actors in Hollywood. Jack Sparrow has left an indelible mark on his productions..

John Christopher Depp was born in Owensboro (Kentucky, USA) on June 9, 1963. American musician, producer, screenwriter and actor. He is an actor who for his roles in the seventh art has been nominated 3 times for the Oscar for best actor. But also, he has been awarded a Golden Globe , a Screen Actors Guild Award and a César Award .

Which The Unbearable Weight of Massive Talent character are you ?

We collect his 10 best movies as an actor ordered from worst to best according to IMDb and where to watch them online.

Starring Johnny Depp, Jordi Mollà, Penélope Cruz, Ray Liotta, Paul Reubens, Franka Potente and Ethan Suplee . Grossed over $83 million at the box office worldwide on a $ 30 million budget . This is a feature film based on the book Blow: How a boy from a small town made $100 million with the Medellin Cartel and how he lost it all . A book published in 1993 by Bruce Porter and inspired by real events.

A cast made up of Johnny Depp, Gary Farmer, Lance Henriksen, Billy Bob Thornton, Iggy Pop, Crispin Glover, John Hurt, Robert Mitchum, Gabriel Byrne, Michael Wincott, Eugene Byrd, Jared Harris, Jimmie Ray Weeks, Gibby Haynes and Alfred Molina . It had a budget of 9 million dollars and managed to collect just over 1 million dollars at the box office . There are many authorized voices that consider this feature film as one of the best postmodern western productions .

Fear and Loathing in Las Vegas

Starring Johnny Depp and Benicio del Toro . Over $10 million grossed at the box office from an $ 18 million budget . On a commercial level, it was without a doubt, a failure. It is a film adaptation of the novel Fear and Loathing in Las Vegas , written by Hunter S. Thompson in 1971. Over time and despite its failure at the box office, it became a cult feature film that was also released in DVD including a special edition released by The Criterion Collection .

Starring Johnny Depp, Kate Winslet, Julie Christie, Dustin Hoffman, Freddie Highmore, and Radha Mitchell . More than 118 million dollars grossed at the box office internationally from a budget of 25 million dollars . In the recognition section, we highlight its 7 nominations for the Oscars , of which it won the Oscar for best soundtrack . Also his other 11 nominations at the BAFTAs and 5 Golden Globes .

Starring Al Pacino and Johnny Depp . $125 million grossed at the box office from a budget of $35 million . It is a feature film that was an adaptation of the story of Joseph D. Pistone , an FBI agent who was working as an undercover agent in the Bonanno family, one of the five most important mafia families in New York . In fact, they say that the protagonist of the film, Johnny Depp , visited Pistone several times while he was preparing for his role in Donnie Brasco.

Who does Gilbert Grape love?

A cast consisting of J ohnny Depp, Juliette Lewis, Leonardo DiCaprio, Darlene Cates, Laura Harrington, Mary Kate Schellhardt, John C. Reilly, Crispin Glover, Kevin Tighe and Mary Steenburgen . It had a budget of 11 million dollars and managed to collect more than 9 million dollars at the box office . In the recognition and awards section, we highlight the award for best film from the Love is Folly International Film Festival , the award for Best Foreign Film from the Guild Film Award-Silver . And, logically, to highlight the acknowledgments to Leo DiCaprio who took nominations in theOscar and Golden Globes for best supporting actor.

Ed Wood is labeled as one of the worst directors in film history due to his lack of talent. But also, because of the low budget used in his films. Here, the filmmaker Tim Burton broke all barriers with an 18 million budget (more than Ed Wood ‘s entire career ) in the tribute film to said director. They also say that said production was directed for free.

Tim Burton ‘s film , in which he turned 31 on December 7, 2021, starred Johnny Depp and Winona Ryder . As anecdotes that perhaps you did not know, is that Johnny Depp only says 150 words throughout the entire film. In fact, originally the character of Eduardo , they say that he was only going to limit himself to expressing himself with his eyes. More than 86 million dollars grossed at the box office from a budget of 20 million dollars .

Pirates of the Caribbean: The Curse of the Black Pearl

A cast consisting of Johnny Depp, Geoffrey Rush, Orlando Bloom, Keira Knightley, Jack Davenport, Kevin R. McNally, Zoe Saldana, Jonathan Pryce, Lee Arenberg, Mackenzie Crook, David Bailie, Martin Klebba and Trevor Goddard . It had a budget of 140 million dollars and was a true blockbuster at the box office worldwide, grossing more than 654 million dollars . In the recognition and awards section, for his performance as Captain Jack Sparrow , Johnny Depp won the award for best actor at the Screen Actors Guild Awards , at the MTV Movie Awards and at the Empire Awards .. All this, adding the nomination for the Golden Globes , the BAFTA Awards and the Oscars .

Starring Willem Dafoe, Charlie Sheen, Johnny Depp and Tom Berenger . Platoon is the first of 3 Oliver Stone movies he directed about the Vietnam War . The other two that we referred to about this trilogy were: Born on July 4 (1989) and Heaven and Earth (1993) . Of the 8 nominations it received in total at the Oscars, it took 4 in the categories of: best film, best direction, best editing and best sound. We also highlight the Golden Globe award for Oliver Stone for best director. Johnny Depp played soldier Gator Lerner which meant launching him to fame and international recognition with his role in Platoon.