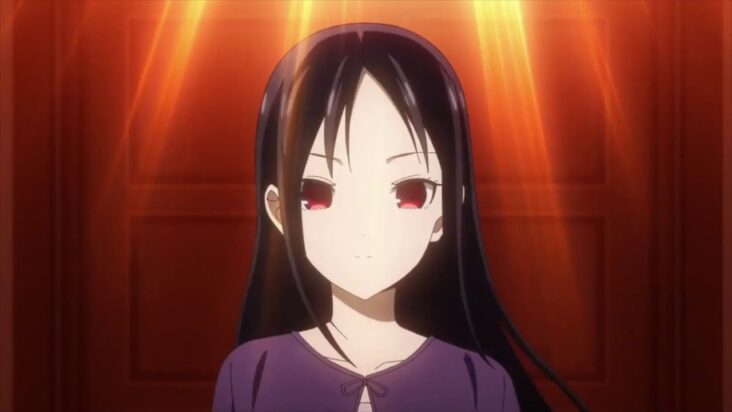 At the renowned Shuchiin Academy, Miyuki Shirogane and Kaguya Shinomiya are the student body’s top representatives. Ranked the top student in the nation and respected by peers and mentors alike, Miyuki serves as the student council president. Alongside him, the vice president Kaguya—eldest daughter of the wealthy Shinomiya family—excels in every field imaginable. They are the envy of the entire student body, regarded as the perfect couple.

Yor Forger shows his lethal charm with this cosplay

However, despite both having already developed feelings for the other, neither are willing to admit them. The first to confess loses, will be looked down upon, and will be considered the lesser. With their honor and pride at stake, Miyuki and Kaguya are both equally determined to be the one to emerge victorious on the battlefield of love!

Find out the age and height of the most important characters in Kaguya-sama Love is War.

How old is Chika Fujiwara ?

The secretary of the Shuchiin Academy student council. She’s been friends with Shinomiya since middle school. She’s ditzy and likes to gossip, and often throws a wrench in Shinomiya and Shirogane’s plans due to her unpredictability. Even so, she’s quite a bit more well-adjusted than her fellow student council members and sometimes takes it upon herself to teach them how to overcome their shortcomings.

How old is Yuu Ishigami

Yu Ishigami is one of the protagonists in the Kaguya-sama wa Kokurasetai series. He is a second-year high school student at Shuchi’in Academy, a former member of the Cheer Club, and the current treasurer of the high school Student Council.

How old is Kaguya Shinomiya

The vice president of the student council of Shuchiin Academy, member of the Shinomiya Zaibatsu and the daughter of the Shinomiya group, she is a multi-talented genius who can do anything if she sets her mind to it. Due to the way she was raised in the Shinomiya Family, she instinctively looks down on other people and thinks of ways to use them for her own benefit.

Kaguya rarely interacted with other people before she joined the student council, but that has begun to change. She is an incredibly sheltered girl, resulting in her lacking in several pieces of what might be considered common sense. She still doesn’t understand love very well, and her main objective is to make Miyuki Shirogane fall in love and confess to her.

How old is Miyuki Shirogane

Monstruously smart, placing among the top in the nation in mock exams, he’s skilled in management as well, so he is respected by others as a genius, but it is more correct to say that he’s addicted to hard work.

He will never turn down an opportunity to listen to people who come to talk to him or do favors for them, and sincerely invests himself in others’ well-beings. He cannot leave others in trouble, and has a knack for finding those in trouble as well. He studies for ten hours a day and works part-time jobs too, resulting in a life where no one knows how or when he even sleeps.

He’s in love with Kaguya, the school council vice president, but refuses to express his feelings to her because he thinks that the one who confesses to the other is going to be the weaker person in the relationship.