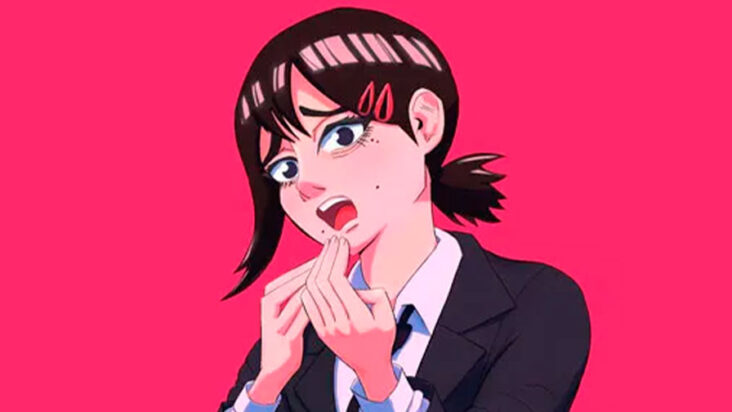 I was browsing Twitter looking for content about Chainsaw Man and Kobeni for the website, suddenly I came across a Fanart of Kobeni Higashiyama in which he had some extra piercings. At the Jump Festa 2022 event, many anime and manga things were presented, among which the creator of Chainsaw Man Tatsuki Fujimoto received an interview to give some details of his work Chainsaw Man.

In the interview Tatsuki Fujimoto revealed some of the ideas he had for part one of Chainsaw Man that he couldn’t put into the final draft, Tatsuki Fujimoto mentioned that Kobeni was supposed to have more piercings, for some reason it didn’t and Kobeni was left without the extra piercings, it’s really strange since it’s too crazy how the Mangaka’s decisions could be different and the Kobeni we know today could be different, at least with a little more piercings.

«I wanted to go to college too!» #chopper #choppercrying #kobeni #chainsawman pic.twitter.com/QWZnorbiHu

I have not ruled out the possibility of seeing Kobeni with more piercings, but for what reason would Kobeni get extra piercings? I say that since of course Kobeni’s character will have more development in part 2 of the Chainsaw Man manga that arrives this 2022, Fujimoto I can take up the idea, although being totally honest I consider that it was to show Kobeni from the beginning with more of the piercings that he has now, if that was somehow an option, I think that the current Kobeni looks very good and personally I do not like it would make a change in piercings.

Kobeni with more piercings was an option for Fujimoto

I was looking for more Fanart of the possible Kobeni with more piercings but I could only find the photo you already saw, the truth is that it doesn’t look bad at all, I mean, I’m not an expert nor do I know much about piercings but they look pretty good on Kobeni, I read a comment mentioning that I needed a nose piercing, crazy.

Forget the above, if I found another post on Kobeni’s Twitter with more piercings, it’s a post by the user chiminlatte, I quite like the result, he added some piercings in the ear and I like the style that chiminlatte uses in his arts, I’ll leave the original post, i saw you have more cool arts on your profile.

Another incredible fanart, this one is also related to the Jump Festa interview, this time the user Invicta_Luna made Kobeni with a Punk style, starting with the idea of ​​Kobeni with more piercings. Would you have liked to see Kobeni in a different style? It happens that we get used to reality and seeing a character different from how it really is, it’s complicated, I think a good example is the actors, there are times when we say… «That actor is perfect for that role» but maybe if it had been someone else from the beginning it could be just as great, I know I’ve gone too far, sorry.