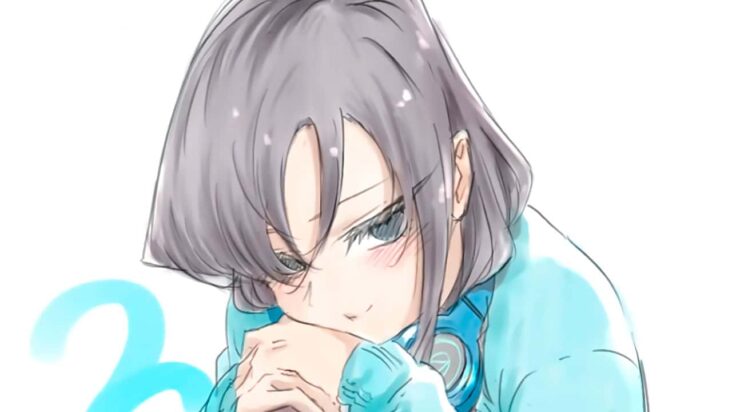 Despite the airing of the second season of the anime based on the romantic comedy manga «Komi-san wa, Komyushou Desu» (Komi can’t Communicate) came to an end a few months ago, great illustrations continue to be released on the internet that are the protagonists of Komi Shoukothe main female protagonist of the franchise.

To the surprise of many, this time the character Komi Shouko has paid tribute to the Quintuplets from the popular franchise «Go-Toubun no Hanayome» (The Quintessential Quintuplets) when performing a «cosplay» of the sisters Nakano.

As you can see, in all the illustrations we can see Komi Shouko wearing, either the school clothing, as well as the characteristic clothing of the characters ichika, Infant, Miku, Yotsuba and Itsuki Nakano and the illustrations are accompanied by a specific number, marking the order of birth of the quintuplets, starting with ichika and ending with Itsuki.

It should be noted that these great illustrations were made by the illustrator / artist of twitter «Me» (@9431116) who over the last few years has dedicated himself to creating different contents inspired by Komi Shouko and more waifus from different franchises like Chainsaw Man, bleach, SPY x FAMILY and many more.

The anime Komi-san wa, Komyushou Desualso know as Komi can’t Communicateis a direct adaptation of the manga written and illustrated by tomohito ode and began airing on television in Japan from October 7, 2021. The series produced by the animation studio OLM It has 2 seasons (24 episodes in total) and is legally available on the platform. Netflixwho did a Spanish dubbing for the anime.

Hitohito Tadano is an ordinary boy who heads into his first day of high school with a clear plan: avoid trouble and do everything possible to blend in with others. Unfortunately, he fails immediately when he takes a seat next to Shouko Komi, the «madonna» of the school. After this simple event, his classmates now recognize him as someone to eliminate for the chance to sit next to the most beautiful girl in class.

Beautiful and graceful with long dark hair, Komi is universally adored and immensely popular despite her mysterious personality. However, unknown to everyone, she has crippling anxiety and a communication disorder that prevents her from sincerely socializing with her classmates.

Left alone in the classroom, a chain of events forces Komi to interact with Tadano by writing on the whiteboard, as if it were a one-way conversation. Being the first person to realize that he can’t communicate properly, Tadano picks up the chalk and begins to write as well. Eventually, he finds out that Komi’s goal is to make a hundred friends during her time in high school. To this end, he decides to lend him a hand, also becoming his first friend.