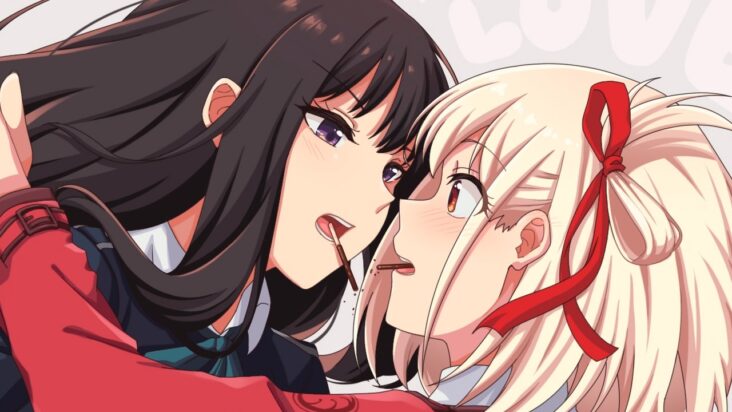 Despite the fact that the original anime from the animation studio A-1 Pictures Y shingo adachi, Lycoris Recoil, ended its broadcast a few months ago, the popularity of the franchise in Japan is still valid. This can be corroborated by seeing the number of collaborations between companies/companies with the series, and that is that since the broadcast of its first episodes, well-known personalities such as Hideo Kojima have noticed this anime, marking an upward trend of people who have decided to follow the anime weekly Lycoris Recoil. 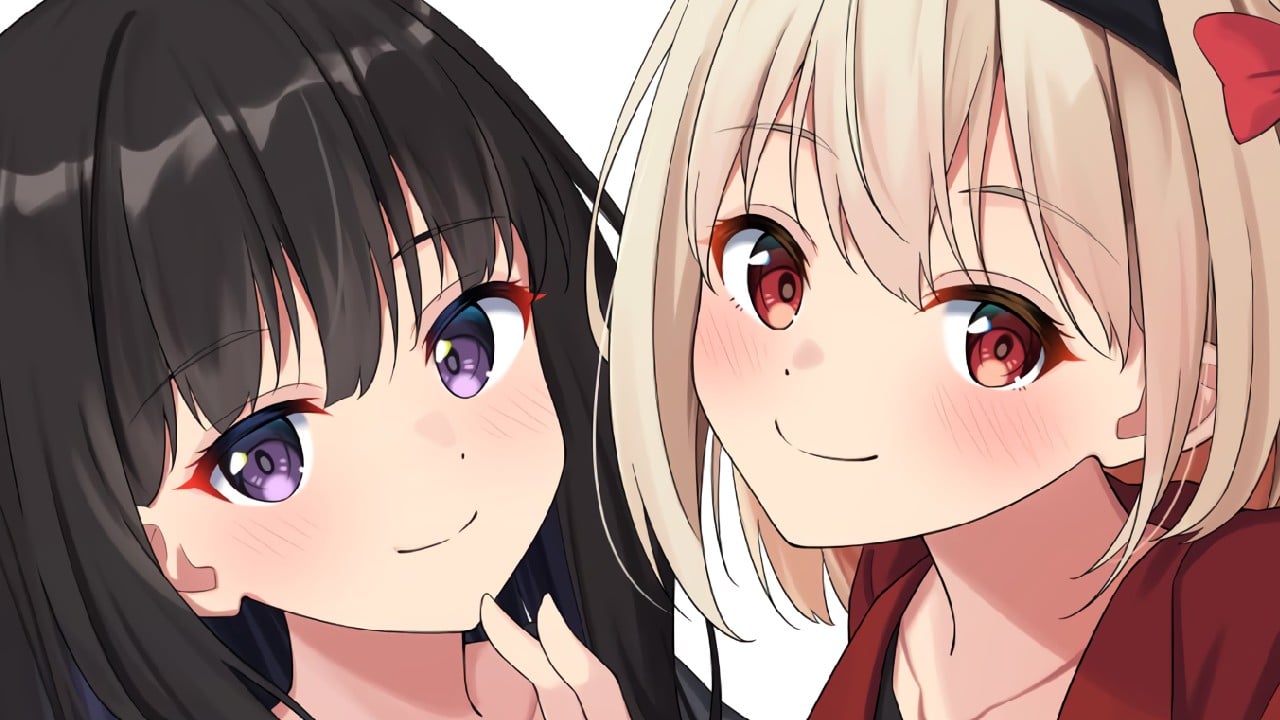 On this occasion, the company that announced a collaboration with the anime Lycoris Recoil it was Anime University COOPand through his Twitter account and his official website, he presented to the public this curious collaboration that will have the waifus as protagonists Chisato Nishikigi Y Takina Inouewho will inspire some products with a special theme, where appetizing cakes predominate on the visual scene. 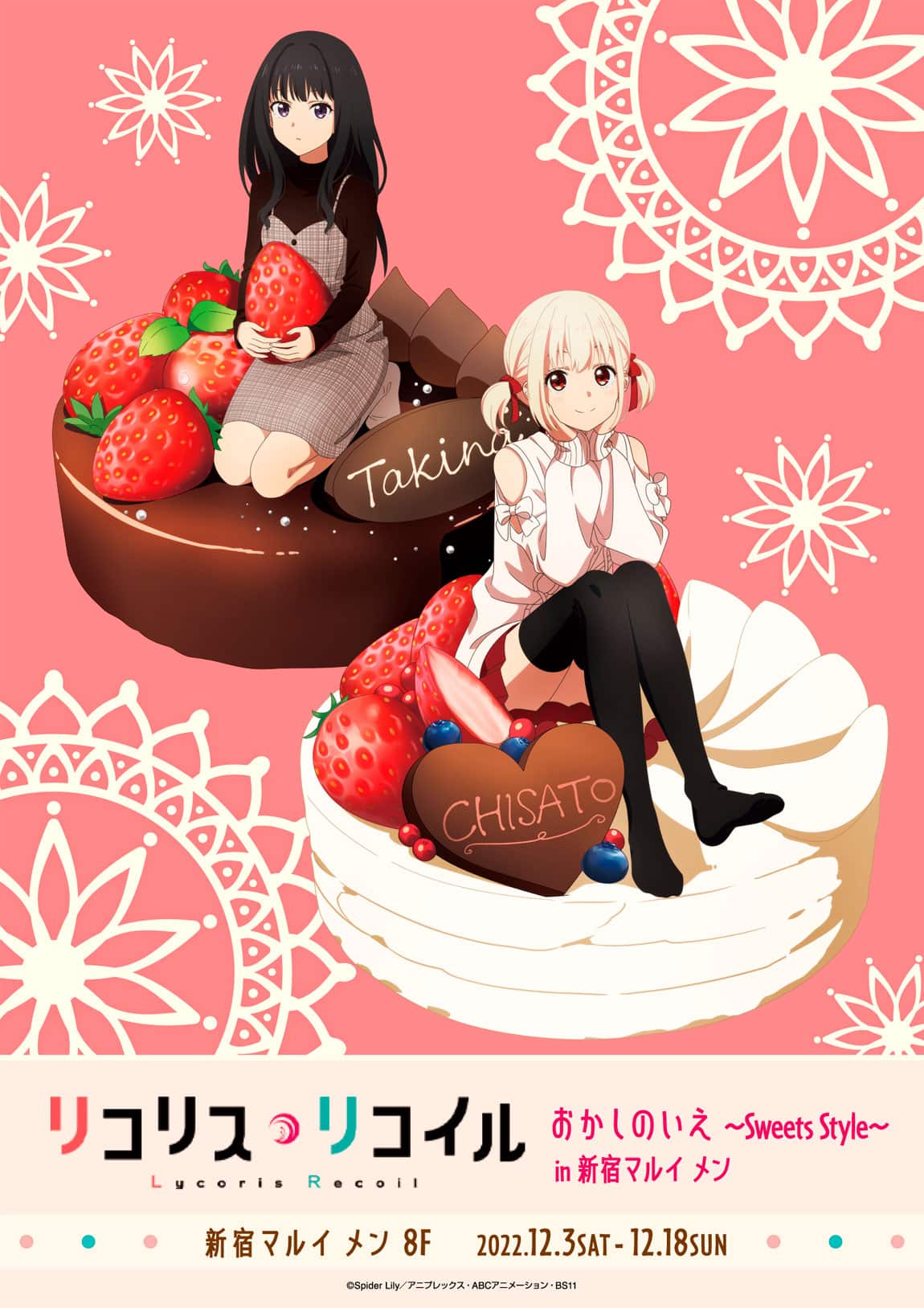 It remains to be noted that the collaborative event between the anime Lycoris Recoil and the company Anime University COOP will begin on December 3 until December 18 of this year, and for those who attend said event they will be able to purchase some special products that will be based on the duo Chisato Y Takina. Some of the products that will be available at this event will be the usual «B2 Wallpaper», «Acrylic Figures», «Acrylic Panel», among other types of products that will have 2 versions, «Cake Style» Y «Dorayaki Style«. 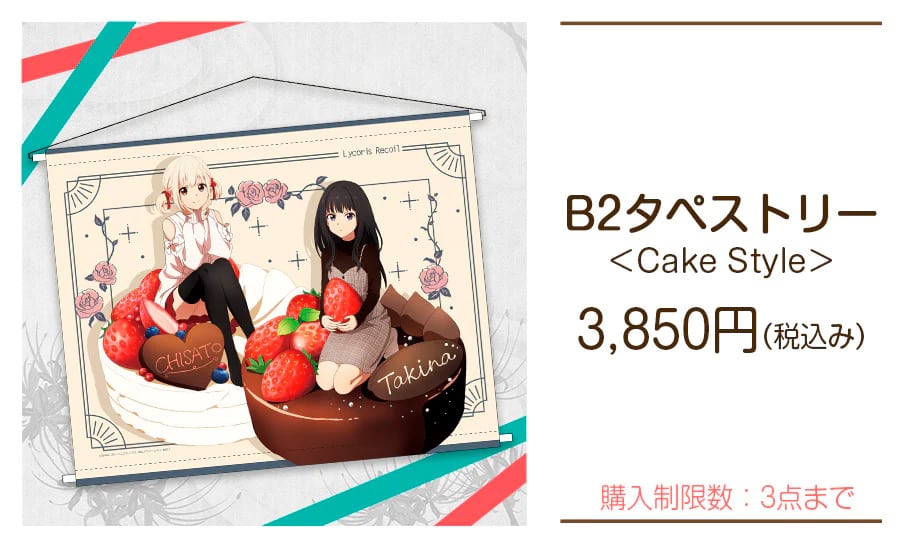 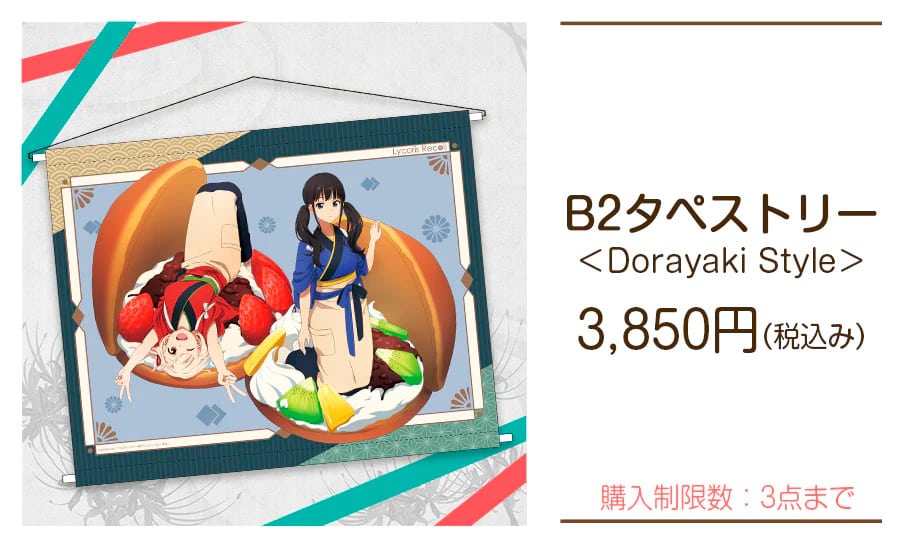 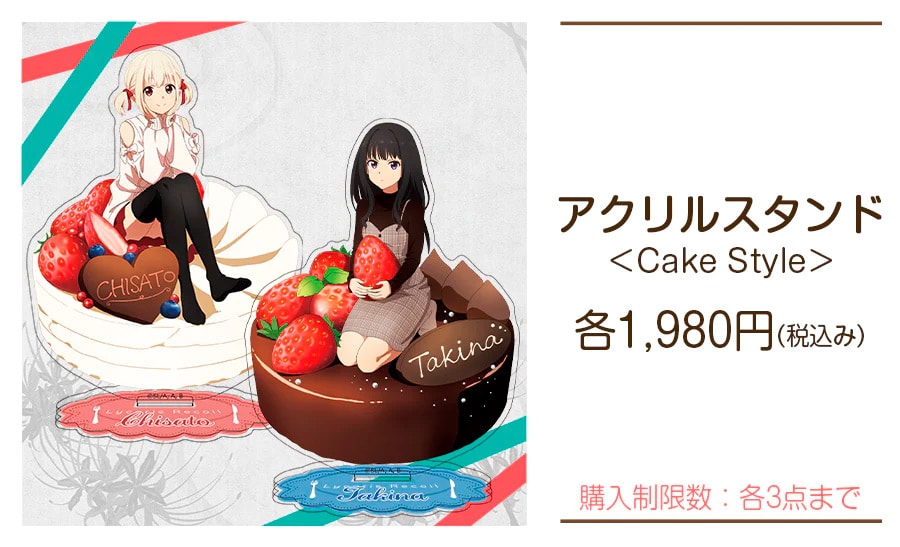 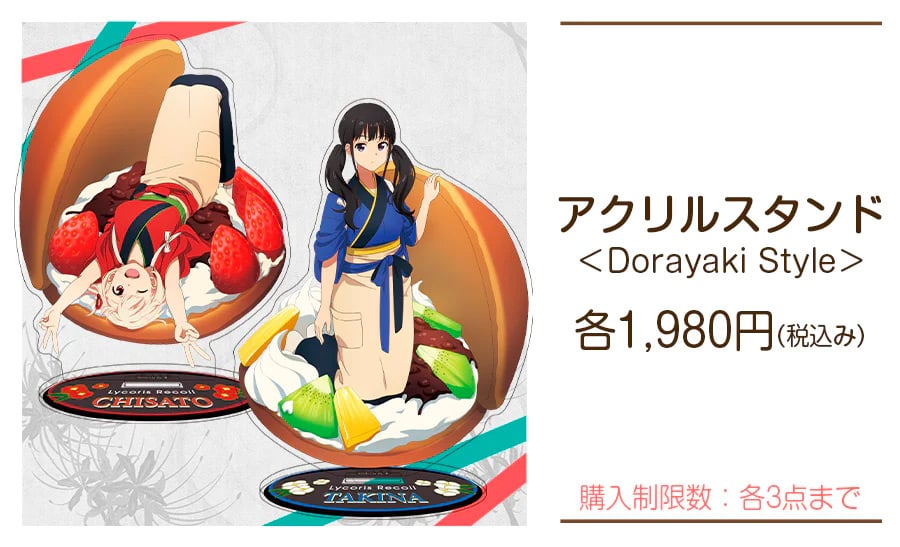 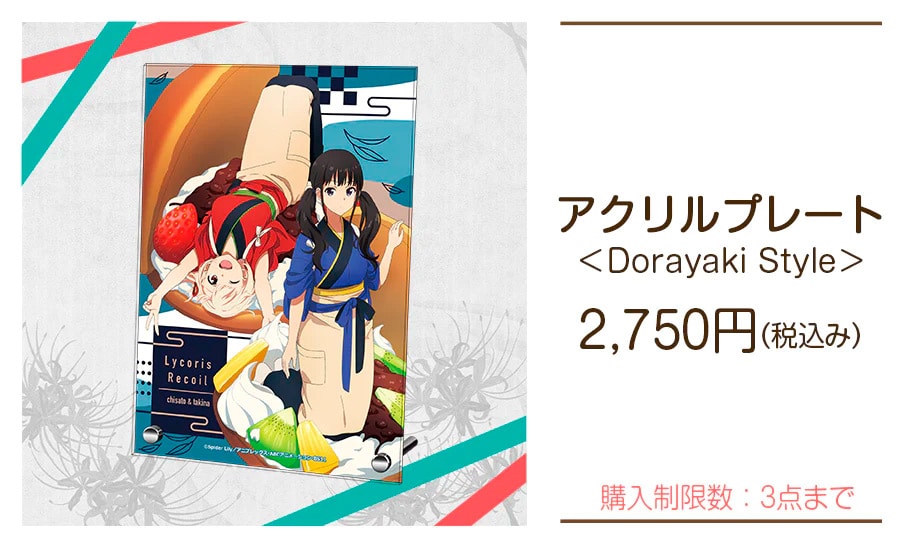 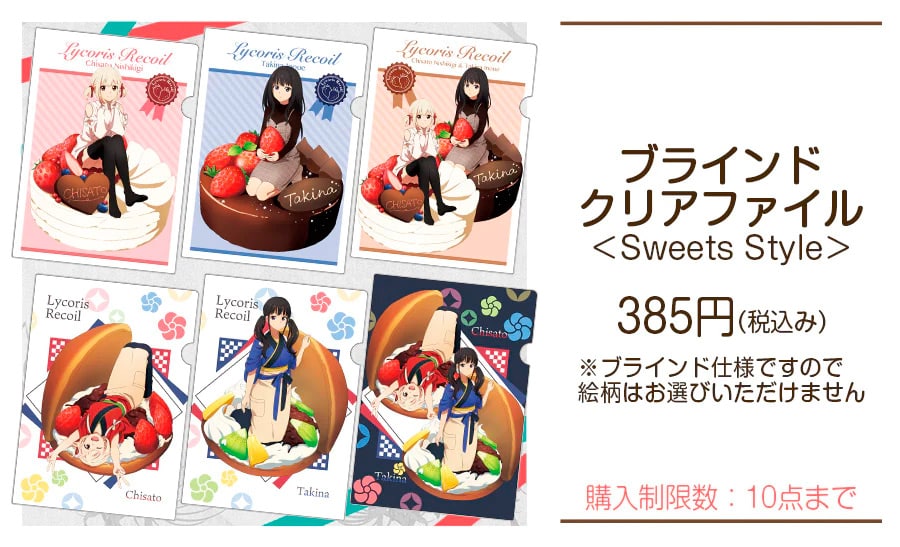 On July 2 of this year, the original anime Lycoris Recoil began its broadcast in Japan and consisted of a total of 13 episodes in total. Also, the animation studio A-1 Pictures was in charge of the production of the series under the direction of shingo adachi and is legally available through the platform crunchyrollwho is producing a Latin Spanish dub for the anime.

Also, the anime Lycoris Recoil tells a manga adaptation that runs by the illustrator Yasunori Bizen and began its publication in the magazine Comic Flapper from the publisher kadokawa since September 5 of this year.

The series also has a spin-off light novel written by Asura and illustrated by imigimuru (with supervision of spider lily), titled Lycoris Recoil: Ordinary Dayswhich began its publication on the publishing label Dengeki Bunko of ASCII Media Works (Kadokawa) since September 9 of this year.

Thanks to the efforts of a syndicate called Direct Attack (DA), the number of terrorist acts in Japan has never been lower. Direct Attack is an organization that cares for orphaned girls and trains them to be «killers» under their «Lycoris» program. Takina Inoue is an exceptional Lycoris with a strong sense of purpose and a penchant for perfection. Unfortunately, a hostage situation tests her patience, and the resulting act of insubordination leads to her being transferred out of DA. Not thrilled at losing the only place she belonged to, she reluctantly arrives at her new base of operations: LycoReco, a disguised cafe.

However, Takina’s new partner turns out to be very different from what she imagined. Despite being the famous prodigy Lycoris, Chisato Nishikigi seems almost unconcerned with her homework. She drags Takina into all kinds of odd jobs under the simple explanation of helping people in need.

Takina is further stumped when Chisato takes down a group of armed assailants without killing any of them. Feeling like a fish out of water, Takina is eager to be reinstated into DA, but Chisato is determined to show her that there is more to life than her.