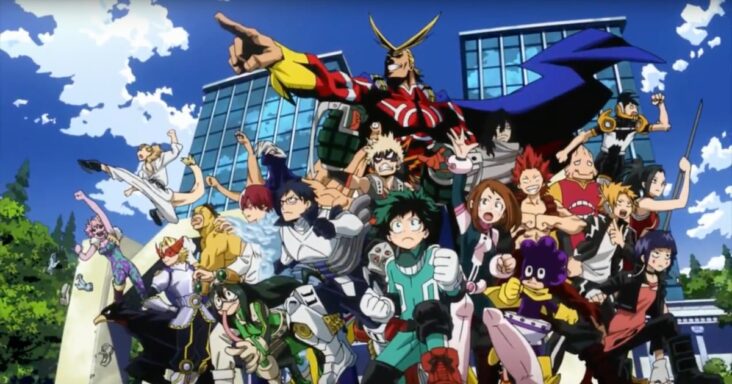 In a world where superpowers are the norm, it’s hard to stand out with ordinary abilities. Therefore, here we present the most powerful heroes and villains in the history of Boku no Hero Academia.

But calm down! we don’t plan to do spoilers of the manga, although we are up to date with the series and will be commenting on recent events, so if you are not up to date, get on it and watch out for spoilers for the most recent arcs in the series! 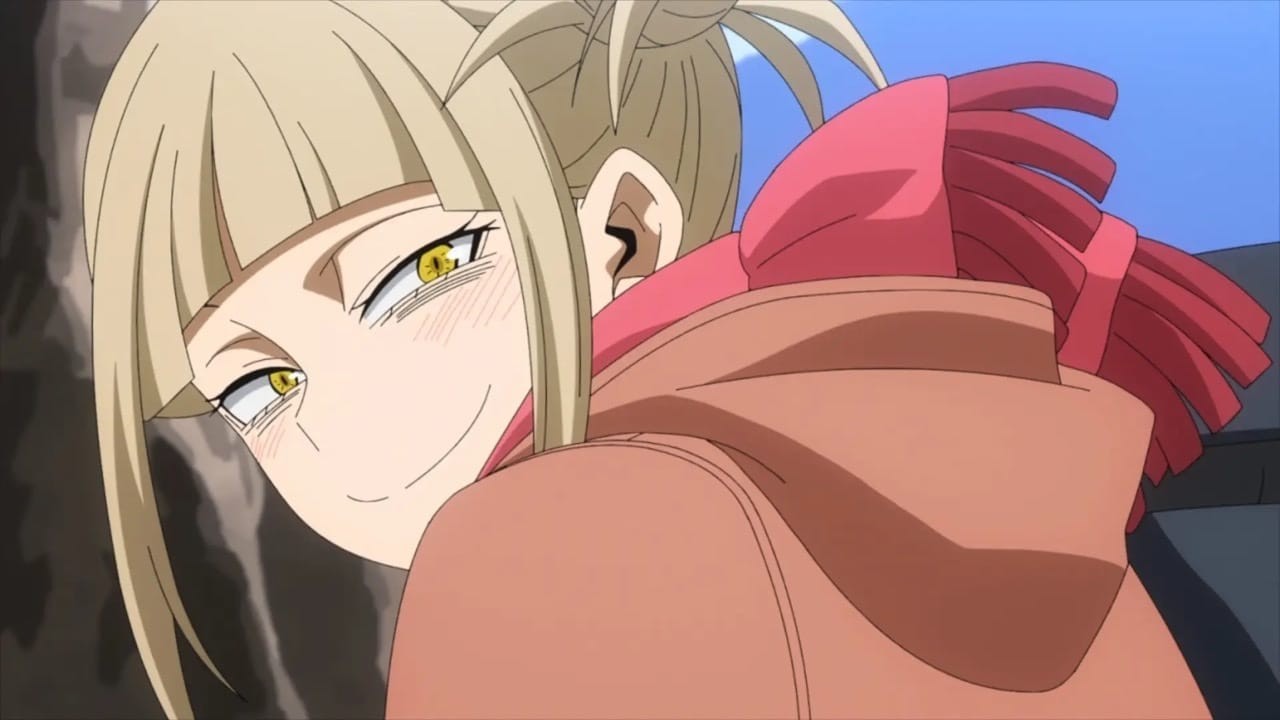 Himiko Toga is a villain who has the power to transform into other people. She but she does it once she has consumed the blood of the person in question. In the beginning, she could only transform, but in much more recent events, she discovers that she can replicate the abilities of the people she imitates.

At first, he discovers that he can imitate the gift of Ochaco Uraraka, whom he greatly admires. This doesn’t work for everyone, which leads her to think that her transformation must be about someone she loves very much or to whom she feels very close, as well as having an extensive and deep understanding of the gifts. and her abilities. 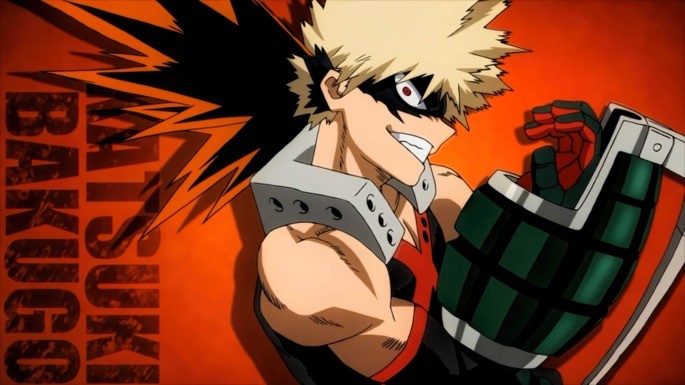 Bakugo is one of the main heroes of Boku No Hero Academiabut it doesn’t seem to be (yet) one of the most powerful in the series.

His ability allows him to create nitroglycerin using his sweat. With this power, Bakugo can create spontaneous explosions and direct them towards his enemy. He has learned to control them to move quickly and focus them more specifically to hurt enemies. He is still learning more about his ability and has been improving it little by little. 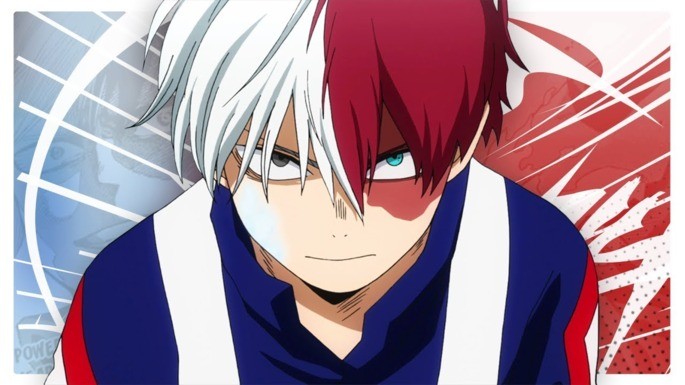 Shoto is considered one of the most versatile heroes in anime, with the ability to handle both heat and cold. The son of a fire-bending father and an ice-bending mother, Shoto is a hybrid of two parts in one body.

The hero uses both sides to balance and control his body temperature so that he is never too hot or too cold. He keeps creating special techniques to harness both sides of his power, trying to focus on ranged combat and temperature control. 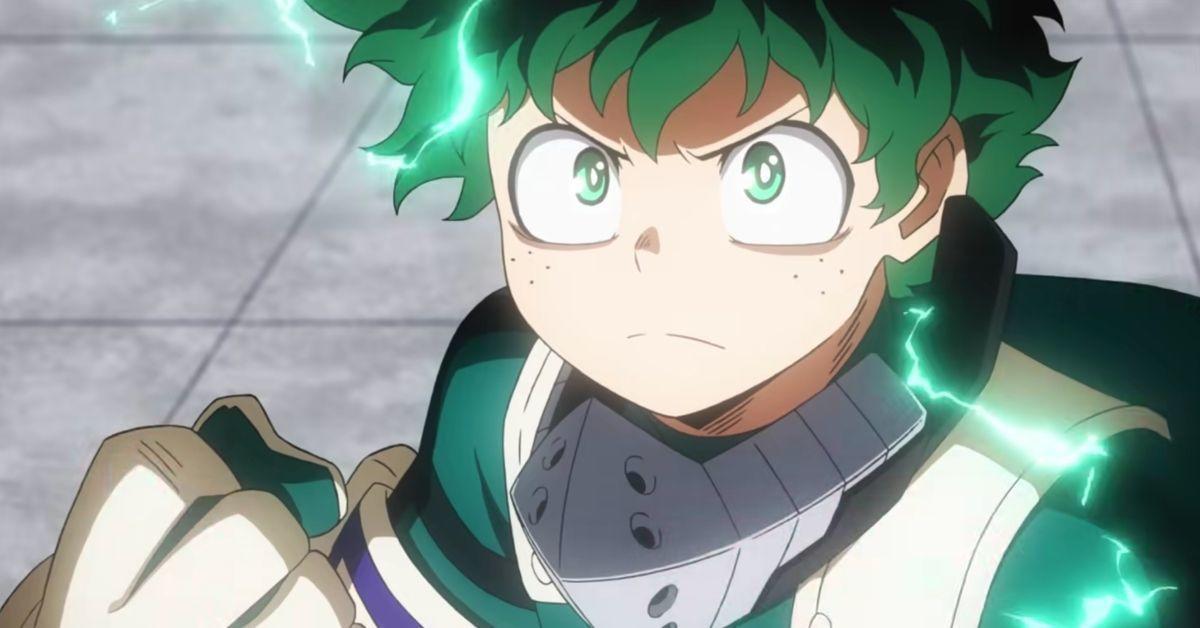 Izuku Midoriya is the protagonist of the series, and the successor to All Might. He obtained the gift from him through a transfer, and little by little he has discovered that the One for All has many ramifications. At first, it was just a strength and power concentration skill, but then he begins to discover that thanks to the skill’s connection to his ancestors, he can manifest the gifts of the previous users.

Deku currently knows the ability Black Whip and Float, from the fifth and seventh user, respectively. Black Whip is a power that pulls black whips from his body that he can use to attack from a distance and restrain his opponents. Float allows you to float in a controlled manner. Both abilities have increased properties thanks to the power of One for All. 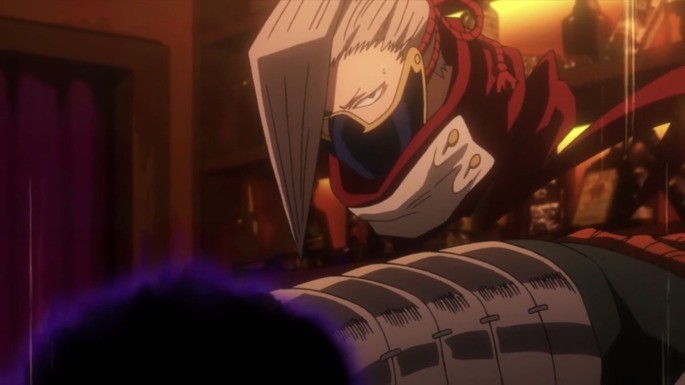 This ninja’s ability allows him to stretch his body to create shapes that stab his enemies and his transformations are as fast as the speed of sound.

The hero manages to turn his body into powerful swords that push and attack his enemies so fast that they can’t even see it coming. His transform form can be so small that he can even repair vein and nerve level injuries. Logically, this makes it practically imperceptible.

Tsunagu is certainly one of the more quirky individuals in the series, but he is a powerful hero nonetheless. Even after losing a lung in his last fight against One for All, he was able to restrain Gigantomachia on his own. His face is never revealed, as he likes to cover himself with jeans.

This is because his ability consists of having a great knowledge and management of textiles. With his gift, he can control the fibers of his clothing and use them to attack and arrest multiple enemies at the same time. Logically, he also manages the clothes that are around him. 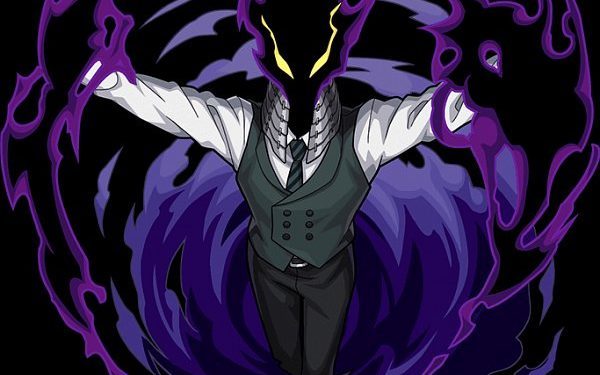 One of the most important soldiers in the League of Villains, Kurogiri is Tomura Shigaraki’s right-hand man, and is one of the most recognizable characters among the villains. His ability is interesting, as he can create a portal created from dark mist, which can transport whoever he wishes to another location.

However, the gift is coordinate based, because in order to use it, you need to know the exact location where the exit portal will open. In addition, you can also create different exit portals to transport multiple targets. 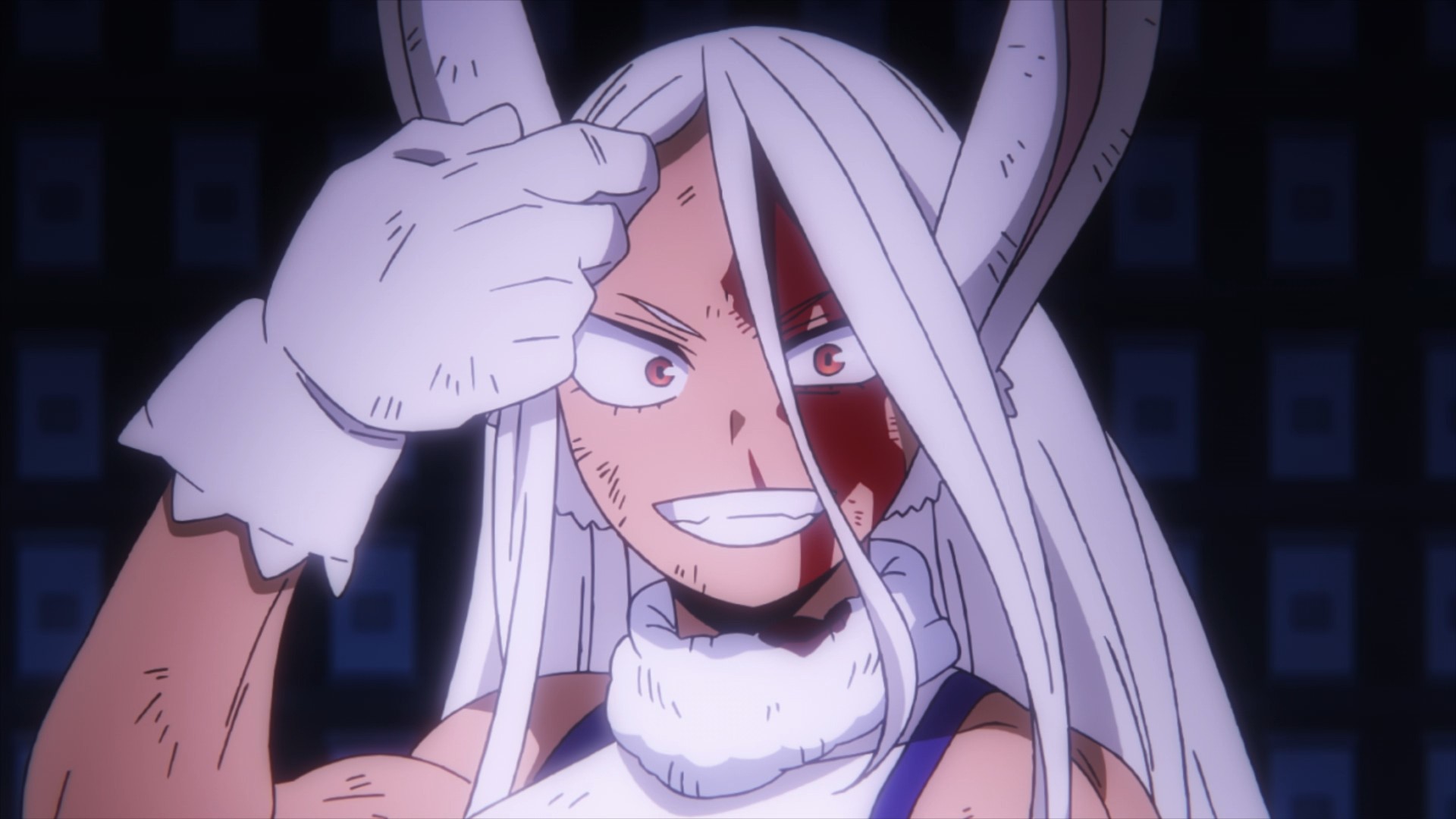 Rumi Usagiyama is the number five Pro Hero and an expert in hand-to-hand combat. Her physical abilities, speed, and reasoning ability allow her to take on multiple enemies at once. She is not afraid of death and loves the rush that she feels when she goes into combat.

She also has incredible resistance to pain, being able to stay focused despite being severely injured. Her willpower and determination in the face of her problems make her one of the most fearless and powerful heroines. 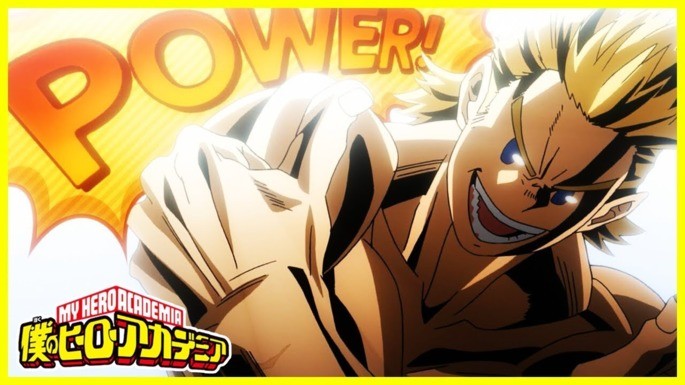 Mirio’s power allows him to pass through objects. His ability is powerful, but this is especially due to the intense training he has undertaken to master his powers.

Mirio can pass through solid objects, but he can’t feel or breathe when he does so. The skill that the hero gained through his training is that he managed to overcome these vulnerabilities. After losing his Quirk, he has recovered it thanks to the power of Eri, the little girl whom they rescued in the mission against the Shie Hassaikai. 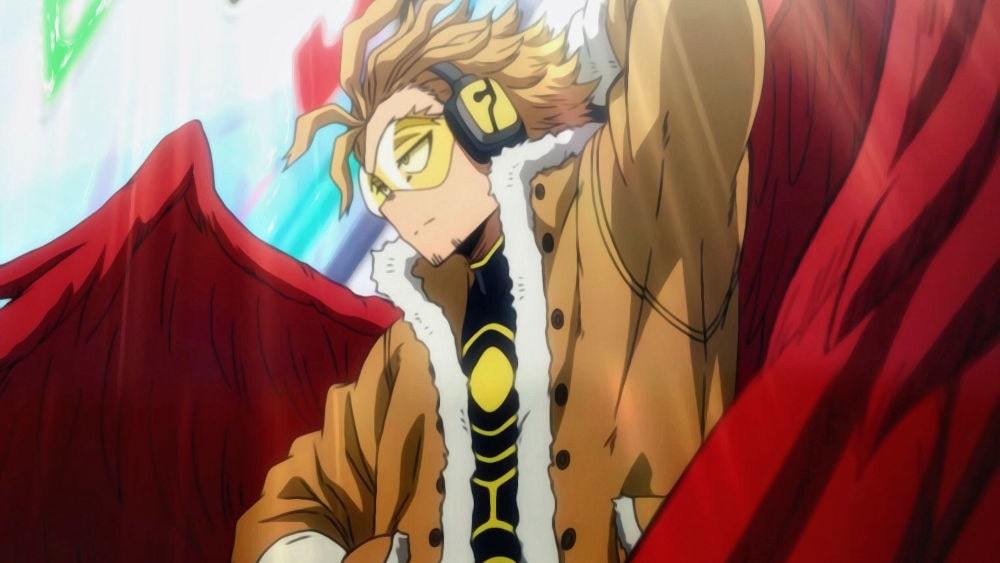 Keigo Takami is the current number 2 on the hero list. His mysterious and reserved personality made him look like a possible traitor, but little by little it was revealed that he was working as a double agent to spy on the league of villains.

Her wings unfold into individual feathers that can each be used for a purpose, and even allow her to listen in on other people’s conversations. He can use them as weapons and propel himself with great speed with them. His only weakness is fire, since if all his feathers are burned, he will not be able to use them until they regenerate. 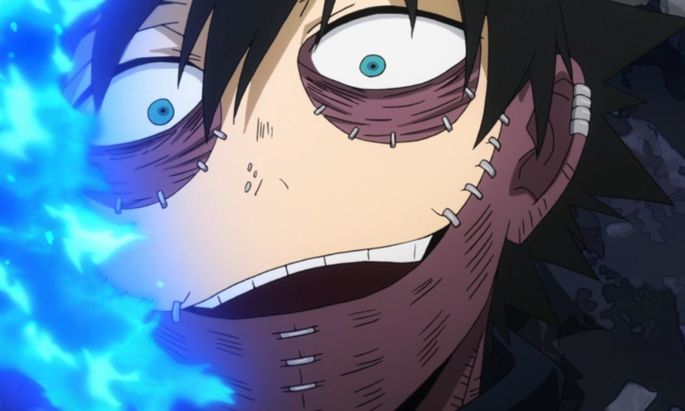 This antagonist, who at first seemed like a mysterious character, revealed that the origin of his power is nothing more and nothing less than his lineage. He is one of the sons of Endeavor, brother of Shoto Todoroki, and was rigorously trained by the hero to become his successor. However, he was presumed dead after an accident with his llamas, and has been planning revenge on his father ever since.

Dabi’s body is not very tolerant of his own flames, and he can burn himself if he uses his ability for a long time. This explains her burned and rotten skin. Her flames burn at over 1300 degrees Celsius, meaning she can burn wood, rock, and concrete. 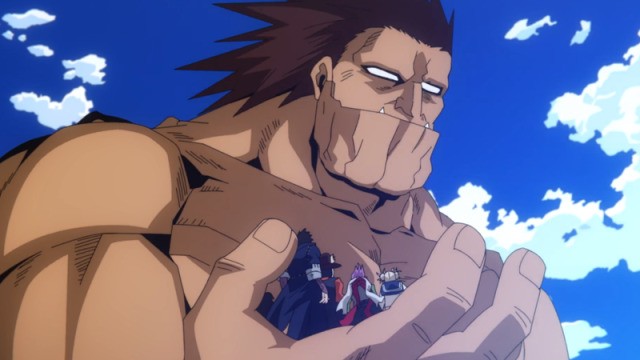 A being without much brain or feelings, created by All for One to become his faithful servant. He only listens to instructions from All for One and his successor, Tomura Shigaraki, and his destructive capacity is impressive.

It has a large size and a body so hard that the only way to stop it is to sedate it to stay still. He is not capable of planning anything carefully, so he is an enemy that does not present strategic problems, but his destructive power makes him a tough nut to crack.

With his ability, Shota can nullify the powers of others. Also, he is a master at hand-to-hand fighting and immobilizing his opponents. In fact, he has great agility and strategic ability.

The only weakness of his stun power is the requirement to face his target to nullify his powers, and the loss of its effects if he blinks (which guarantees him constant dry eyes). He is currently injured in one eye, which is why his ability has been severely affected. 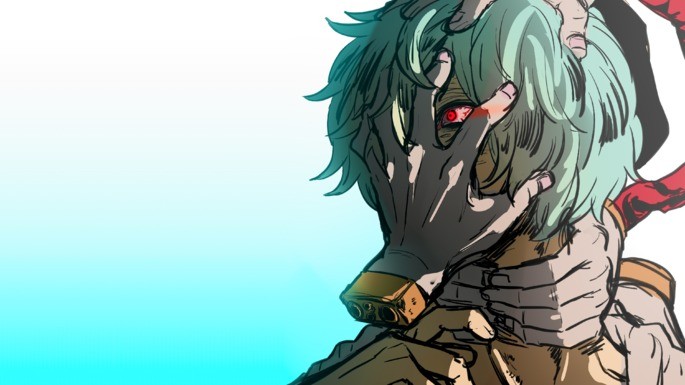 The main antagonist of the series and leader of the league of villains, he has powerful abilities, despite his strange behavior and appearance.

The villain has enormous intelligence and fast speed, but his main power is the ability to destroy everything he touches. This makes Tomura not only a powerful enemy, but also a terrifying one. After upgrading his abilities, his power has increased, with regeneration abilities. In addition, his destructive ability has increased, being contagious and affecting things that touch each other. 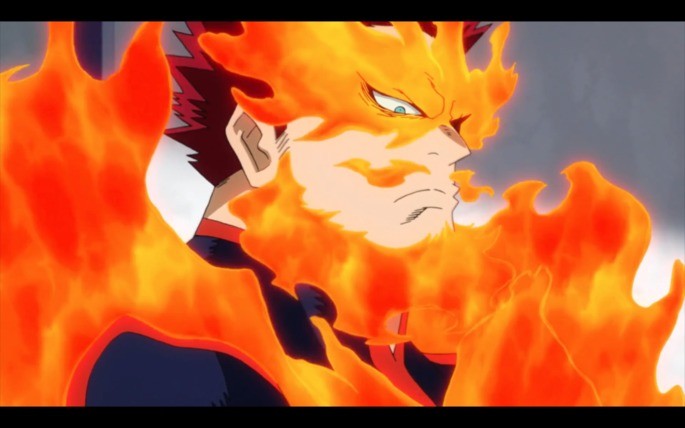 Enji is capable of producing large amounts of fire, an ability that some of his children have inherited. Furthermore, he also has above normal intelligence and strong deduction skills. His only weakness is that he overheats, which is why he must sometimes rest before continuing to fight.

To complement his pyrotechnic skills, the hero maintains a muscular physique and superhuman strength. 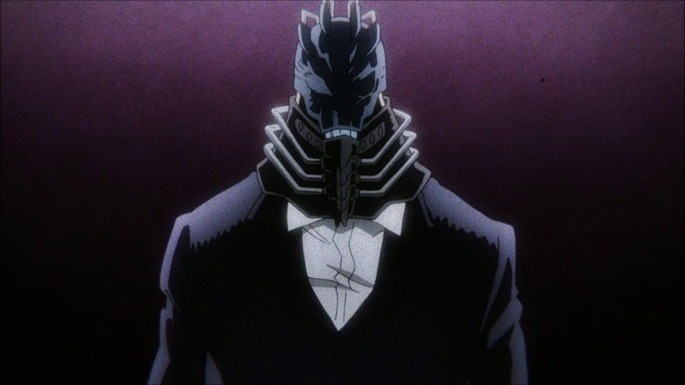 Real name: shigaraki
Age: More than 100 years (for a gift of longevity)
Birthday: A stranger

The mastermind behind the main villain of the series needs to be mentioned because, honestly, his power is terrifying. All for One has the ability to steal other people’s powers, but it’s not just that.

In addition, he can mix them with each other, becoming practically invincible, since he can increase those abilities depending on his need. Another thing he can do is forcefully activate other characters’ abilities to take advantage of them at his convenience. And as if that were not enough, he can grant abilities to other people and even corpses, creating what we know as the Nomus. 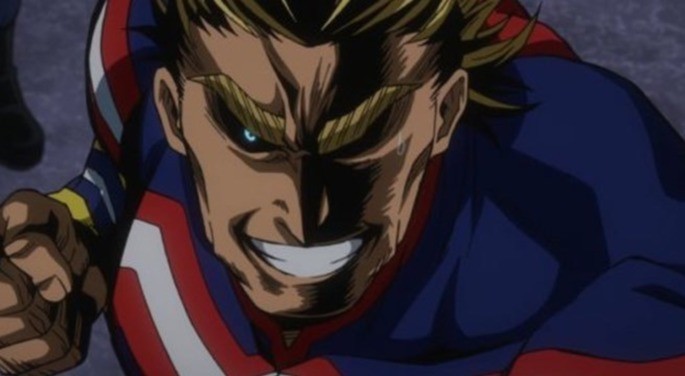 He may be retired, but Toshinori is the strongest of all the characters in the series. The hero is also known as a symbol of peace and for being an inspiration in the community of the remaining heroes.

The character has various abilities, including superhuman strength and speed. Also, he is someone with an extreme sense of justice, a lot of kindness and charisma. If he could still fight (as he demonstrated in the third arc of the series), he would be able to take on the most powerful villains in the entire series.