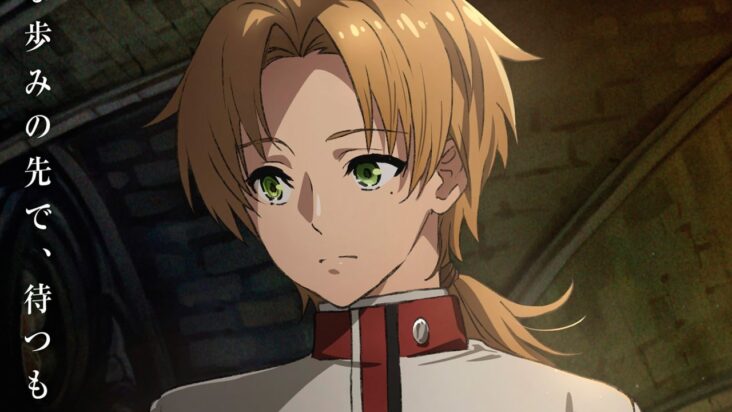 In order to start increasing the hype of otakus, the official media for the anime adaptation of the light novel «Mushoku Tensei: Isekai Ittara Honki Dasu» (Mushoku Tensei: Jobless Reincarnation) have revealed the first visual image for the second season of the series, which stars the characters Rudeus Greyratin an adult version.

In addition, it was confirmed that the voice actress Yumi Uchiyama will play the character again Rudeus Greyrat in his adult version in this new season of the anime.

Let’s remember that the second season of the anime Mushoku Tensei: Isekai Ittara Honki Dasu is scheduled to air in Japan in the course of 2023 and will be streamed legally through the Crunchyroll platform in North America, Central America, South America, Europe, Africa, Oceania, the Middle East, and the CIS.

the light novel Mushoku Tensei: Isekai Ittara Honki Dasualso know as Mushoku Tensei: Jobless Reincarnationis written by Rifujin na Magonote and illustrated by shirotakaand began its publication in the editorial seal MF Books from the publisher Media Factory since July 2014. It should be mentioned that the light novel has already come to an end and the publisher Media Factory he has published 26 volumes in total.

The work has a manga adaptation that is in charge of Yuka Fujikawaand began its publication in the magazine Monthly Comic Flapper from the publisher Media Factory since May 2014. The manga adaptation of the light novel mushoku tensei It has 17 compiled volumes published in total and a few months ago, it was reported that the literary franchise exceeded 10 million copies in circulation.

On January 10, 2021, the light novel Mushoku Tensei: Isekai Ittara Honki Dasu It would premiere its anime adaptation and consisted of 23 episodes in total. the animation studio Studio Bind beside Egg Film are in charge of the production of the anime under the direction of Manabu Okamotoand is legally available through the platforms crunchyroll Y funimationwho did a Latin Spanish dubbing for the series.

Despite being bullied, scorned, and oppressed his entire life, a 34-year-old recluse still found the determination to try something heroic, only to end in a tragic accident. But in a twist of fate, he awakens in another world as Rudeus Greyrat, starting life anew as a baby born to two loving parents.

Preserving his memories and knowledge from his previous life, Rudeus quickly adjusts to his new surroundings. With the mind of an adult, he begins to display a magical talent that exceeds all expectations, honing his ability with the help of a magician named Roxy Migurdia who will dedicate herself to being his teacher. Rudeus learns fencing from his father, Paul, and meets Sylphiette, a girl his age who quickly becomes his best friend.

As Rudeus’s second chance at life begins, he tries to make the most of his new opportunity while conquering his traumatic past. And maybe, one day, he can find the one thing he couldn’t find in his old world: love.