New sessions of The Quintuplets. The movie

the cinema chain kinepolis has made it known that The Quintuplets: The Movie(The Quintessential Quintuplets the Movie) will have new sessions on the big screen. The film can be enjoyed again next Friday the 13th Y Saturday 14 On cinemas FULL HD from Barcelona at 7:45 p.m. and in kinepolis Madrid City of the Image at 5:15 p.m. The sessions of this closing of the adaptation of the work of Negi Haruba will be in original version with Spanish subtitles. The film was released in Japanese theaters on May 20 and during the screening of the film, brochures were distributed to the public, one of 80 pages in full color, with interviews with the cast of voice actors, as well as the volume 14.5 which includes the special chapter from the manga 122+1. In Spain, the film had a limited release on November 18 and 19, 2022 in two theaters of the Kinépolis cinema chain.

Eiga Gotōbun no Hanayome gives continuity to 5-toubun no Hanayome ∬second season of the anime that aired last year on the channel TBS, Sun TV Y BS11 and which ended with a total of 12 episodes. The series came with some changes in the technical and artistic team compared to its first season. The most notable change is in the management position. kaori replaced Satoshi Kuwabara, who directed the first anime, as director. The animation was carried out by Bibury Animation Studios instead of Tezuka Productionsresponsible for the animation of the first season. Keiichiro Ōchi he reprized his duties as a screenwriter. 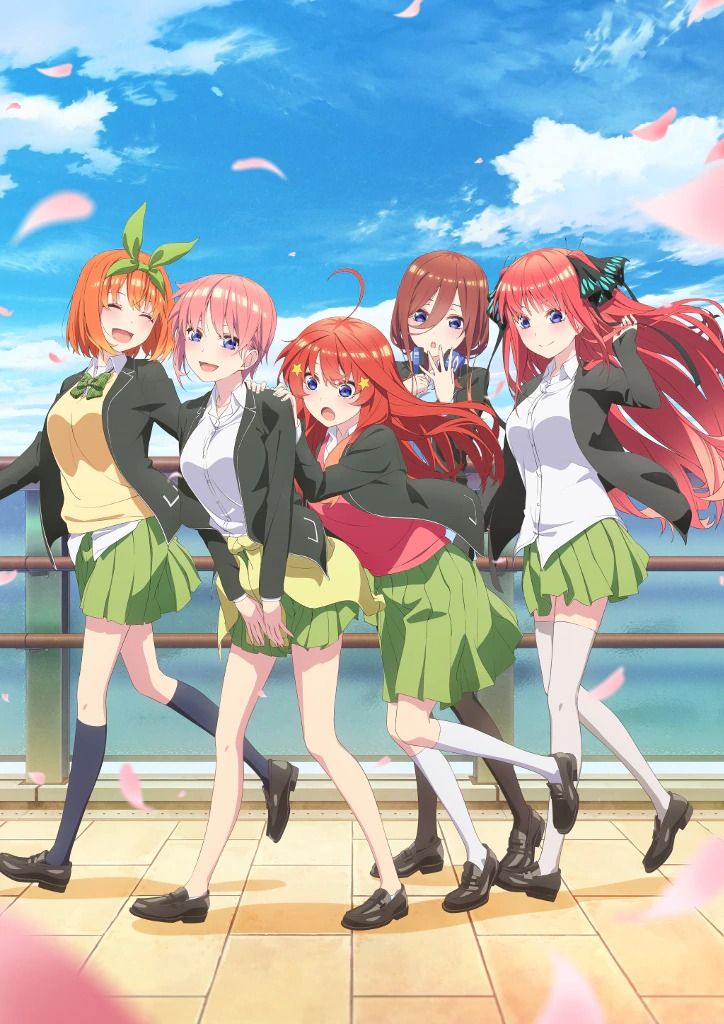 The first season of the anime Go-Toubun no Hanayome It has 12 episodes and was broadcast on the small Japanese screen between January and March 2019. This could be followed simultaneously with the Japanese broadcast through the anime streaming service of crunchyroll. Michinosuke Nakamura was in charge of character design and Masami Saito of the artistic direction, while the musical composition was the work of hanae nakamura, miki sakurai Y Natsumi Tabuchi.

The anime adapts the original manga of the Negi Haruba, which ended in Japan with a total of 14 volumes. Haruba began publishing this romantic comedy in August 2017 on the pages of the magazine Weekly Shōnen Magazine of kodansha. On May 15, 2020, it arrived in Spain at the hands of Editorial Standard with the title of The Quintuplets. So far the first 13 volumes have been published. The work has a paperback edition with dust jacket 11.5 x 17.5 cm and a price in our country of €9.00 each volume. 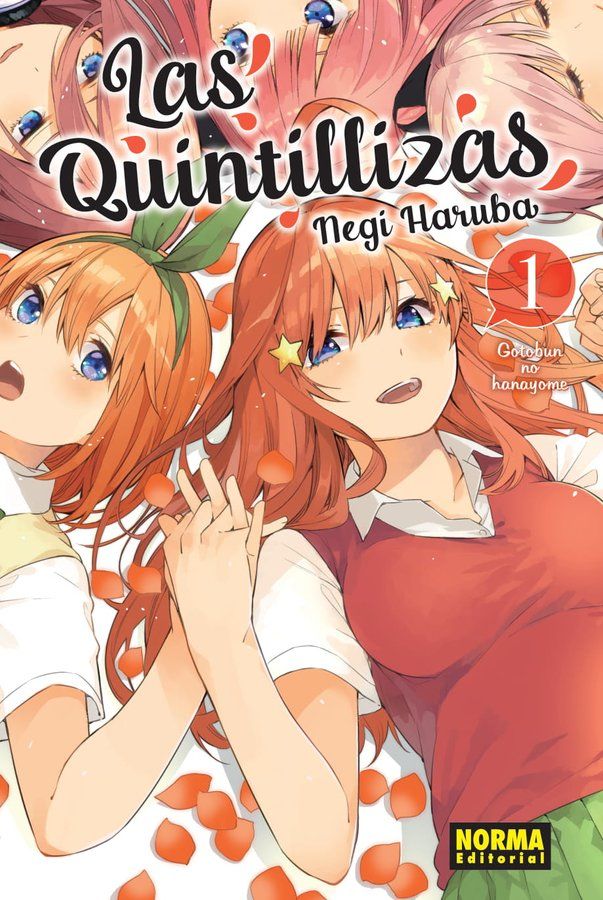 The story revolves around Fûtarô Uesugi, a high school student, leading a life of financial hardship with his father and little sister… until one day he receives the opportunity to be a private teacher, and the salary is not bad! However, it turns out that his students are some girls from the same institute and, as if that were not enough, they are quintuplets! They are all very pretty, but they hate studying and are on the verge of failing at school… Will Fûtarô be able to guide them all on their arduous path to graduation?!