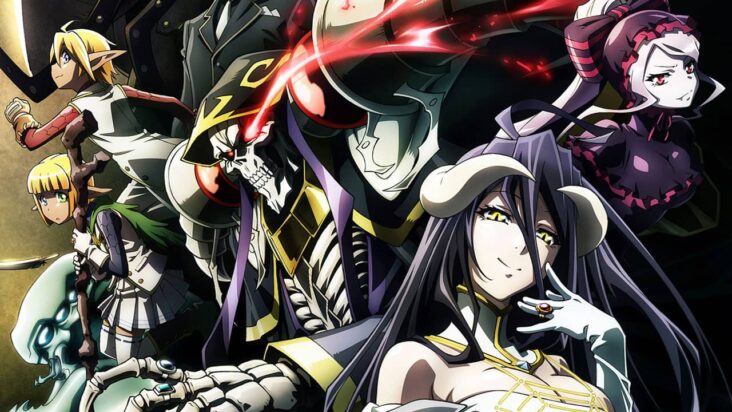 The website for the fourth season of the Overlord anime was updated on Monday with a new promotional trailer and the premiere date. This third video of Overlod IV , as this new season will be titled, in addition to showing new cuts and sequences not published until now, includes a preview of both the new opening and the ending . The series will begin broadcasting on Japanese television on July 5 starting at 10:00 p.m. Japanese time through AT-X , Tokyo MX , and other television networks.OxTMay Maeshima

The duo OxT , consisting of Masayoshi Ōishi and Tom-H@ck , provides the opening theme with their song «HOLLOW HUNGER» . As for the ending of this fourth season of Overlod , this is performed by Mayu Maeshima , who performs the song «No Man’s Dawn» .

This anime adaptation of the light novel series by Kugane Maruyama has three seasons for television: the first of them with 13 episodes and broadcast on television between July and September 2015, Overlord II with 13 episodes and between January and April 2015. 2018, and Overlord III , also with 13 episodes and broadcast between July and October 2018. To these we must add the original episode «Pure Pure Pureadesu – Nazarikku Saidai no Kiki» in September 2016 and the two compilation films Overlord: The Undead King (February 2017) and Overlord: The Dark Warrior (March 2017). Madhouse was behind the animation of the anime ofOverlord with Naoyuki Itō directing.

Meanwhile, the original novel has been published since July 2012. So-bin is in charge of illustrating the novel while Satoshi Ōshio (script) and Hugin Miyama (art) publish a manga version in Kadokawa Shoten ‘s Comp Ace magazine. Said adaptation is licensed in Spain by ECC Ediciones , which has already edited the first 14 volumes of the 16 that the series has in Japan.

The game that was once the most famous «DMMO-RPG» in the world, Yggdrasil, has lost all its strength and the company has decided to close it. Our protagonist, leader of one of the most important guilds in the history of the game, connects for the last time to reminisce about the old days and the hours of fun, while he laments that his fellow players do not accompany him on a date so significant. But something strange happens that makes the NPCs come to life and respond to his commands.

Is it still in the world of Yggdrasil or is it a parallel world? Are your guildmates there? With the help of the guardians who guard the floors of the Great Tomb of Nazarick, Momonga will assume a renewed identity and embark on a mighty deed.