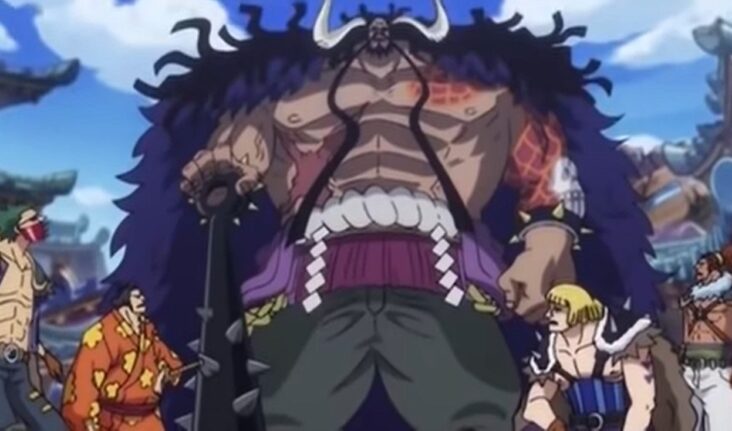 One Piece is the best-selling manga for the thirteenth consecutive year, a milestone few can boast of. It is clear that the Straw Hat gang is a phenomenon in Japan and beyond. This is due to the design of its unique characters and the maturity that its plot is reaching in the Wano arc. These are just some of the reasons why you have to start watching One Piece despite its length. Although the series is based on a fantasy adventure, fans want to know the height of the One Piece protagonists . What is the height of the Mugiwara?

Which One Piece character would be your girlfriend? Test.

It is a feature that is seen with the naked eye, but have you ever wondered how tall Luffy and the other One Piece characters are ? You will discover everything in this article.

At the top of the tallest Straw Hats we have Jinbe, the Knight of the Sea! Helmsman of the Straw Hat Crew, being a whale shark gyojin who measures neither more nor less than 3’10 m. We are talking about the same height as an elephant! . In this photo you can see the big difference in height with Luffy, who is only 1.77 m tall.

In general fishmen are a fairly large species and stronger than humans. If not remember when we first see Arlong. He and his crew surprised us, and it’s not for less since Arlong is 2’63 m tall.

In second place for the tallest Straw Hats we have Brook, our musician and one of the swordsmen! This living skeleton that they found in a ghost ship alone, since they had poisoned all its previous crew, consists of a height of 2.77 m . Wow! He would prefer never to meet me at night… or during the day. Unless he sang us something. Have you thought about how tall this One piece character is before?

In the third place of the tallest Straw Hats we have Franky! The character, who is half man, half machine, measures no less than 2.40 m. He becomes taller after the timeskip, as his legs and arms become more robotic than before. It’s obvious though… we’re all excited to see Franky’s mods.

Fourth place for the tallest Straw Hats goes to Nico Robin! Our favorite archaeologist, her extreme beauty is clear, as well as her slim and athletic body, highlighting her legs that are quite long. So how tall is Nico Robin? She is 1.88m tall, making her taller than Zoro, who is 1.81m, and Sanji , who is 1.80m.

In the fifth place of the tallest Straw Hats is for Luffy!, our captain. As founder and captain of the Straw Hat Pirates , is the first member that makes up the Crew, as well as one of its three main combatants. After the passage of time, he looks more muscular in both arms and legs, chest and shoulders, as well as a tad taller. Monkey D. Luffy is 1.74m tall.

The sixth place of the tallest Straw Hats goes to the Cat Thief, Nami! The truth is that Nami has the height of a real human person… But after the time jump Nami increases both her measurements and her height. Currently Nami measures 1.69 m.

Zoro was the first crew member to be recruited by Luffy. Zoro is a skilled swordsman who fights with his own unique sword style known as santoryu (three katana fighting style).This is achieved by using one katana in each hand and another in his mouth. He is also seen fighting with only one or two swords. When in a serious fight he ties his bandana, normally tied on the arm, on his head.

Though not a samurai, he appears to maintain a certain degree of bushido, and is frequently mistaken for one. Unlike Luffy and most of the other Straw Hat pirates, Zoro has been known to kill his opponents if he has to, though never in cold blood.

Sanji is the chain-smoking chef of the Straw Hat Pirate Crew. He has superb fighting skills that only make use of his legs, in an effort to minimize damage to his hands which would impair his cooking skills.

He is the Straw Hat crew’s general physician despite being a reindeer. After a set of unusual circumstances, he ate the Hito Hito no Mi (Human Human Fruit), which permitted him the ability to speak, think, and, to a limited extent, change into a human.

Chopper often acts like a child, but he is an upright friend and companion who will try anything to overcome a task given by his team. He also still has distrust in humankind because of events in his youth, where he was treated as a brutal monster. He will often outright insult a human who compliments him while smiling, dancing, and being obviously pleased. He also shows a certain interest in books, but mostly medicine related ones.

Usopp is a liar and likes to play pranks on his crew members or just goof off with Luffy and Chopper. He loves to tell tall tales to Chopper (who believes him blindly) or anyone who’s listening. The other aspect of Usopp besides his lying is his cowardice; he is a very timid person, or so he thinks.

In extremely stressful situations, Usopp has proven to be far more courageous than he believes himself to be. He shows great resolve when his friends are threatened or mocked by outsiders. Even though he is a complete coward in battle (except as his alter ego, Sogeking), he is a useful part to the Straw Hat Pirates. He is extremely handy and can fix almost anything.

He sometimes sees a role model in Zoro who never seems afraid but always proud. Usopp lacks a bit of self esteem and is often taken advantage of by Nami to make her weapons or repair and improve them – something he is very adept at, having constructed the ingenious weapon «Clima Tact.».

Height and age of the yonko

Charlotte Linlin, or Big Mom as we all know her, is the captain of the Big Mom Pirates. She was the last Yonko to be named, until Blackbeard named a yonko and is the only female of the four. Her epithet was first revealed right after the Battle of Marineford and Yonko Whitebeard’s death, and her real name was first mentioned by Pappug in the Fish-Man Island Arc.

Kaidou is the captain of the Beasts Pirates and one of the Yonkou, who was the third to be mentioned by name. Kaidou is known as the «strongest creature in the world.» Kaidou’s name is first mentioned by Gekko Moriah shortly after having obtained Luffy’s shadow. His title is revealed just after the Straw Hats defeat Moriah.