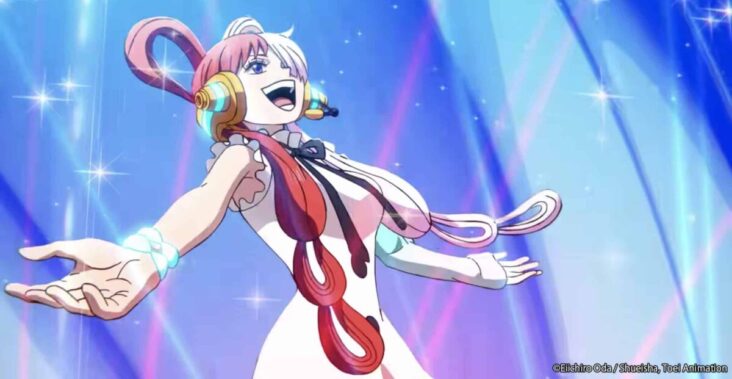 Through the official YouTube channel of one piece a performance was published uta performing their signature song from the movie One Piece Film Red, «New Genesis»completely live from the Japan National Stadium.

This incredible performance was held to commemorate the 500 million copies in circulation of the manga of our beloved rubber man, coinciding with the eve of the release of the manga volume 104 and with the arrival of One Piece Film Red in Latin America.

The performance took place in a secret Live Concert, where the location of the stage was not revealed and only made the announcement leaving some clues and allusions. Nonetheless, the mini concert was a success Y can be viewed via YouTube.

uta is a new character introduced in the film, being played by Nazuka Kaori ( Akame ga Kill!, FMAB, Eureka Seven, etc.) and by the singer ado in the music part.

You can read the full review of this movie here. (Beware of spoilers).

Synopsis for One Piece Film Red:

Uta, the most loved singer in the world. Her voice, with which she sings while hiding her true identity, has been described as “otherworldly”. She will appear in public for the first time in a live concert. As the place fills up with all kinds of Uta fans: excited pirates, the Navy watching her closely, and the Straw Hats led by Luffy who have simply come to enjoy her resounding performance, the voice that everyone has been waiting is about to resound. . The story begins with the shocking fact that she is «the daughter of Shanks