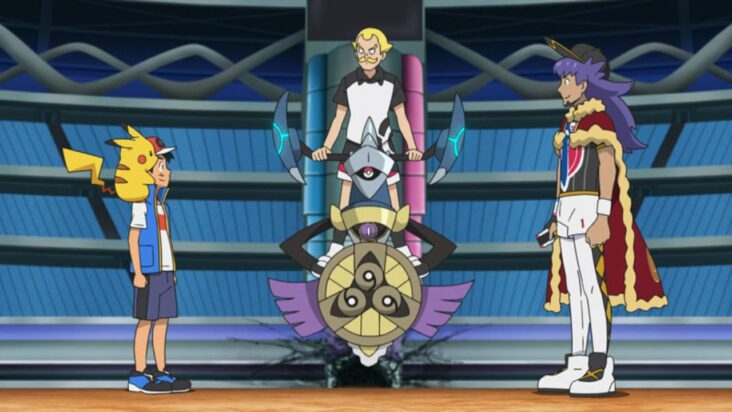 pokemon journeys is reaching the highest point in the entire history of anime, or rather, in the entire history of the franchise, because the protagonist is one hair away from becoming the world champion, that is, the best coach, but before to find out if young Ketchum will make it or not, here’s a first look at the end of the Ash vs Lionel battle.

It has been 25 years since Ash first left Paleta Town and during all this time the boy who never ages has had only one goal; becoming the best trainer in the world, an event that seemed like it would never happen but after being crowned champion of Alola and entering the 8 Masters Tournament, things changed completely, because it seems that Ketchum’s dream is at hand. nothing to be fulfilled and with it possibly the end of the anime, or at least his role as the protagonist. But first of all and before speculating about the future of PokemonWe will have to see if the coach in the company of his Pikachu manages to defeat Lionel to become the world champion.

These last 10 seconds of the preview. Some absolute sakuga masterclass!#Anipoke pic.twitter.com/3HKqTrf18n

At the moment things are going like this in the final battle Ash vs Lionel. On the one hand Ash has run out of creatures other than his beloved Pikachu who as always will be willing to take the shot to the end. In fact, the electric mouse was able to defeat two of his opponent’s Pokémon, although he is currently running into Lionel’s powerful Charizard

For his part, Lionel still has a Cinderance in his pocket, so things get very complicated for Ash and Pikachu, who undeniably already have the title of MVP in this battle, but it will still be necessary to see how far they can go and how far he is willing. Ash to use his Pokémon before taking more damage than he could take.

Although out there they are saying that Pikachu has a new move up its sleeve that could mean everything in this final.

What do you think about the ending of the Ash vs Lionel battle in Pokémon Journeys? Do you think Ash and Pikachu will make it?

NANI?, a vlog where we will discuss the central issues of the Asian audiovisual entertainment agenda, mainly from the Japanese industry. Don’t miss it on our channel Youtube.