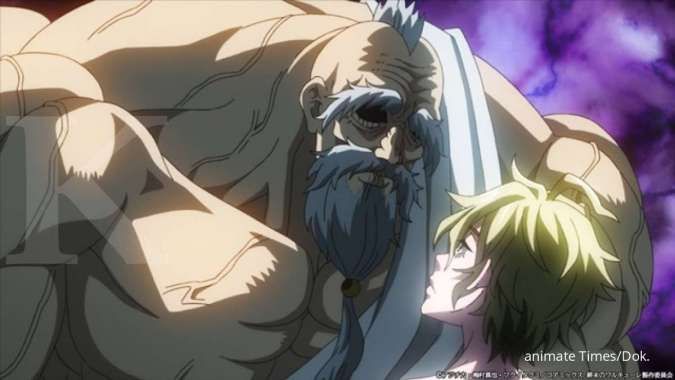 The 10 strongest characters in the Record of Ragnarok anime

Recent chapters have described the Buddha as a selfish selfish man who hates the gods, thus placing him on the side of humanity. As one of the 4 Sages, he is blessed with quick reflexes, great strength, and astonishing flexibility. Armed with his Staff of the Six Realms and the Eighth Sense, which allows him to see moments in the future, acquired after enlightenment, he is a difficult opponent to deal with.

Already blessed with a desire for justice, Jack became a despicable foe and thus showed us his Zeus strength, his unholy resistance to pain, and his willingness to fight and protect. His Herculean exodus and 12 divine techniques would make any enemy tremble.

Raiden, also known as Peerless Rikishi, is a famous Japanese sumo wrestler and is known to have the strongest muscles in human history and is one of the strongest characters in Record of Ragnarok. With his debut in Chapter 31 and his unique manifestation of Volund, Raiden displayed an incredible feat of strength in his fight against Shiva.

The Hindu God of Destruction made his debut in Chapter 1, he has 4 arms and a third eye, making him more open to a variety of attack patterns and a wider range. However, his true skill lies in his war dances. One of them is Svarga’s hidden treasure, which increases your attack speed and makes your attack pattern unreadable. The second is Tandava, which increases heart rate, attack speed, and body temperature to literally scorching levels. The third and most fatal dance of war is the Tandava Karma, which burns your body from the inside out and cauterizes its victims and ultimately turns them to ashes.

Poseidon, the proud God of the Seas, is an expert in hydrokinesis and showed it to us in Round 3. His divine weapon is a trident that helps him deliver powerful and fast blows. His divine Amphitrite technique is a trident attack that follows a circular pattern and when accompanied by divine lightning, it deals great damage.

We met the Flying General in Chapter 1 of the series and he is considered the Strongest of the Three Kingdoms. His immensely powerful physical strength and quick reflexes and thinking ability allowed him to challenge Thor head-on. And the fact that he was able to lift Thor’s hammer is impressive considering the amount of force required. He also has a divine weapon called the Sky Piercer, a Volund that allows him to perform a special attack with his weapon called the Sky Eater, which splits the sky in two.

Kojiro Sasaki is known as the biggest loser in history and he was introduced to us in Chapter 13 of the manga series. He has a unique affinity for Sword Art and later came to be known as the strongest swordsman. Their ability to rapidly develop techniques and strengths to help them grow in dexterity, their immense powers of observation, and their hunger for strength is what guarantees them victory in most situations. Making him one of the strongest characters in Record of Ragnarok

Thor, god of thunder, is known as the strongest warrior and Norse god. His strong physical attributes helped him handle Mjolnir alone and also helped him defeat 66 Jottuns alone. He also possesses the power of electrokinesis that allows lightning to turn his divine weapons into weapons and annihilate his opponent. This technique of the Hammer of Thor allows the summoning of rays and imbues Mjolnir with them.

Zeus is known as the Godfather of the Cosmos and president of the Council of Gods. Although he seems fragile, he is possibly one of the strongest gods in Norse history and one of the strongest characters in Record of Ragnarok. In a fight between Heracles and Ares, he managed to take a hit from both sides and effectively stop the fight. It also delivers a 0.01 second hit and has a divine technique called Meteor Jab that allows it to produce quick hits that move 10 times faster.

The first man and Father of Humanity is a stubborn man who seeks to protect his family. With his quick reflexes, strong body, and the Eyes of the Lord at his disposal, he can replicate whatever attack is used against him. It’s his ability to copy and fight back before fully seeing him that puts him at the top of this list.