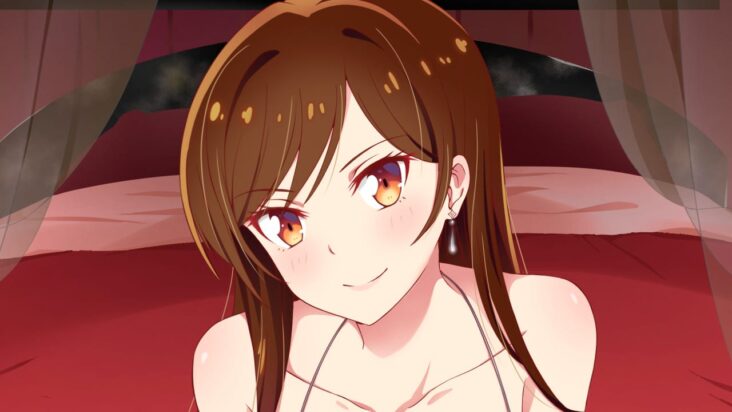 Collaborations with the popular television anime based on the manga by Reiji Miyajima«Kanojo, Okarishimasu» (Rent-a-Girlfriend), continue non-stop. On this occasion, the company Kujitoku announced in its official media the realization of a collaboration with the anime «Kanojo, Okarishimasu«, which will have as protagonists the main heroines of the franchise: Chizuru Mizuhara, mommy nanami, ruka sarashina Y sumi sakurasawa.

It should be mentioned that the collaboration between the company Kujitoku and the popular anime «Kanojo, Okarishimasu» will consist of a lottery in which different products inspired by the female protagonists of the series will be drawn. These products will be delivered as prizes to those people who manage to get the winning ticket.

In addition, the collaboration is scheduled to take place in Japan starting on January 20 of this year and will last until March 14 of this year. Some of the products that will be displayed as prizes include:

Wearing outfits inspired by beautiful and well-known ancient personalities from different parts of the world, the acrylic figures of Chizuru Mizuhara (Tennyo), mommy nanami (Cleopatra), ruka sarashina (Yang Guifei) and sumi sakurasawa (Ono no Komachi) will be approximately 20 cm tall and your chance of winning the items will be 2%.

The acrylic coasters will have approximate dimensions of 130 x 90 mm and the probability of winning the products will be 8%. (The coaster comes included with an acrylic figure).

The accessory cases will have approximate dimensions of 110 x 100 mm and the probability of winning the products will be 35%.

The Lata badges will come on a stand and can be displayed side by side. In addition, they will have a size of 57 mm and the probability of winning the product will be 55%.

«Kanojo, Okarishimasu» (Rent-a-Girlfriend) is a popular romantic comedy manga written and illustrated by Reiji Miyajima. The editorial kodansha began to publish the work in his weekly magazine «Shuukan Shonen Magazine» in July 2017. As you may already know, the manga «Kanojo, Okarishimasu» is still in publication and, for the moment, it has 29 compiled volumes in total, with more than 10 million copies in circulation.

On July 10, 2020, the manga «Kanojo, Okarishimasu» premiered its adaptation to an anime series, consisting of 2 seasons with a total of 24 episodes. the animation studio TMS Entertainment was in charge of the production of the anime under the direction of kazuomi kōga. The series is legally available on the platform crunchyroll under the title «Rent-a-Girlfriend» and has a dubbing into Latin Spanish.

At the end of the broadcast of the last episode of its second season, the anime «Kanojo, Okarishimasu» announced the production of a third season. However, details about this new season have not yet been revealed, such as a possible premiere date, but it is expected that more information will be released over time.

Dumped by his girlfriend, emotionally wrecked college student Kazuya Kinoshita tries to assuage the emptiness in his heart through a rental girlfriend, from a mobile app. At first, Chizuru Mizuhara seems like the perfect girl with everything you could ask for: great looks with a cute and caring personality.

Seeing mixed opinions on her profile after their first date, and still haunted by their previous relationship, Kazuya believes that Chizuru is just playing with men’s hearts and leaves her a negative rating. Angry at her client’s disrespect towards her, Chizuru reveals her true nature.

After a series of events, Kazuya and Chizuru are forced into a fake relationship, acting like they really are in love.