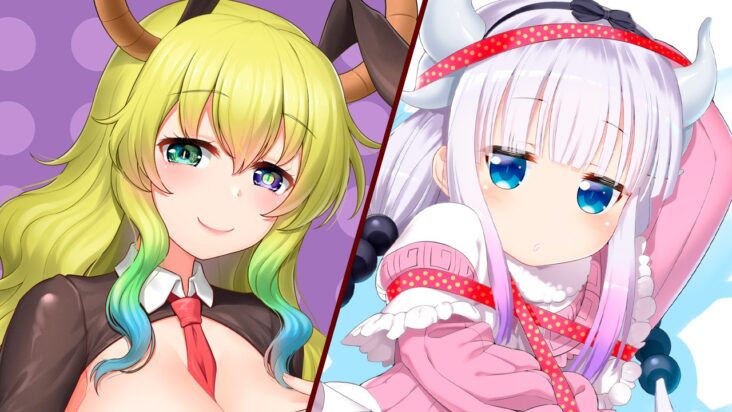 In order to celebrate the arrival of the year 2023, the author of the manga «Kobayashi-San Chi no Maid Dragon» (Miss Kobayashi’s Dragon Maid), Cool-kyou Shinjadecided to celebrate the beginning of a new year with his followers of Twitter publishing an illustration starring the character Kanna Kamuiwho has been dressed in a special way for the occasion.

But that’s not all, since utamarothe man in charge of the spin-off manga of Kobayashi-san Chi no Maid Dragontitled Kobayashi-san Chi no Maid Dragon: Lucoa wa Boku no xx desuhas also prepared something special for the occasion and through his Twitter account he has published an illustration of Lucoa to celebrate the arrival of the year 2023 with his followers and the publication was shared by Cool-kyou Shinja.

the manga Kobayashi-san Chi no Maid Dragonalso know as Miss Kobayashi’s Dragon Maidis written and illustrated by Cool-kyou Shinjaand began its publication in the magazine Gekkan Action from the publisher Futabasha since May 2013. The work has 13 compilation volumes published in total, and a few months ago, it was reported that the work exceeded 3 million copies in circulation.

On January 11, 2017, the manga Kobayashi-san Chi no Maid Dragon premiered its anime adaptation that consisted of 2 seasons (25 episodes) and 2 OVAs. the animation studio Kyoto Animation was in charge of the production of the series under the direction of yasuhiro takemoto (1st season) and Tatsuya Ishihara (2nd season), and is legally available through the platform crunchyrollwho did a Latin Spanish dubbing for the series.

As Kobayashi-san prepares for another day at work, she opens her apartment door to an unusually terrifying sight: the head of a dragon, staring back at her from the other side of the balcony. The dragon immediately transforms into a cute, «gifted» and energetic young woman dressed in a maid outfit, introducing herself as Tohru.

As it turns out, the stoic programmer had encountered the dragon the night before on a boozy hike in the mountains, and since the mythical beast had nowhere to go, she had offered the creature a place to stay in her home. Thus, Tohru had arrived to accept the offer, ready to repay the kindness of his savior by working as his personal servant. Though deeply sorry for her words and hesitant to keep her promise, a mixture of guilt and Tohru’s incredible dragon abilities convince Kobayashi to accept the girl.

Despite being extremely efficient at her job, the maid’s unorthodox cleaning methods often end up horrifying Kobayashi, and at times bring more trouble than help. Furthermore, the circumstances behind the dragon’s arrival on Earth appear to be much more complicated than at first glance, as Tohru has strong emotions and painful memories.

To top it off, Tohru’s presence ends up attracting various other mythical beings to her new home, bringing a host of eccentric personalities. Although Kobayashi does her best to handle the crazy situation she finds herself in, nothing about her has prepared her for this new life with a dragon maid.