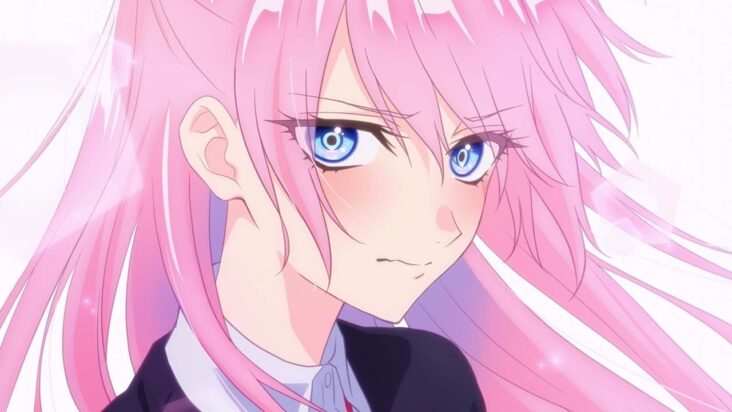 Popular site Anime Trending revealed the results of the female character popularity poll for the eighth week of the Spring-2022 (April-June) season . The listing reveals that Michon Shikimori , the protagonist of Kawaii dake ja Nai Shikimori-san ( Shikimori’s Not Just a Cutie ), has once again taken the top spot.

In fact, this is the third time that Shikimori has achieved the first position of the list, that is, half of the six times that the weekly voting has been carried out this season ( voting starts from the third week of the season, for give fans time to get to know the characters ). On the other hand, in the second position came Kaguya Shinomiya from Kaguya-sama: Love is War , followed by Kurumi Tokisaki from Date A Live IV , being the first time this season that the franchise appears in the list ( Kurumi only needed to appear in this fourth season to ignite the popularity of the franchise ).

The series has been broadcast since April 9 in Japan and is confirmed with twelve episodes, while the Crunchyroll platform is responsible for distribution in the West, along with a Latin Spanish dub. For his part, Maki began publishing this manga through his Twitter account under the title Kawaii dake ja Nai Onnanoko , and subsequently began publishing it through Kodansha publisher’s Magazine Pocket service in February 2019.

Izumi is a high school student whose life is full of misfortunes. Since he was young, he always came home with injuries. Due to his bad luck, his days are full of unfortunate events, until he started dating Shikimori. Shikimori can be described as the perfect girlfriend: cute, adorable, and incredibly in love with Izumi. However, she sometimes isn’t that charming, instead she becomes the coolest girlfriend in the scariest way possible. Her demanding presence and her sincere concern for Izumi’s well-being never fail to take his breath away. With the cute yet cool Shikimori at Izumi’s side, her unlucky days are over, bringing a life full of happiness and warmth.