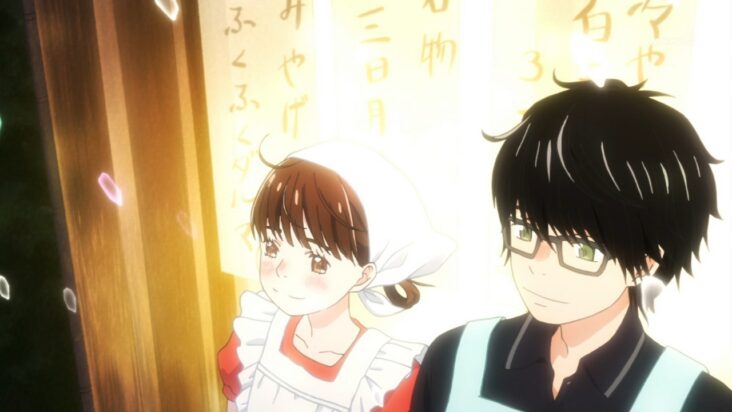 Have you ever wondered why you were born? An endless search in which you try to find meaning in your days. Many times we turn to video games, movies or series to distract ourselves from thinking about it, fantasy worlds in which you can be anything, however not everything is like that, not all stories intend to tell you something out of the ordinary, if not common, everyday, a Slice of Life.

Which Trigun anime character are you?

When we talk about the Slice of Life, despite the fact that as its name indicates, they are animes that tell you about the daily life of the characters, most of them are camouflaged in plots far from it. If they get away from everyday life what is the point then? Although these animes have certain characteristics far from what has been commented, they all agree on the same thing, living your life at your own pace and in the best possible way.

Wait! I did not come to give you a lecture on the true nature of certain anime, but let’s live this experience together. Despite there are animes that have a touch of our day to day, such as Angel Beats or without going so far, with SSSS.Dynazinon, I came to talk about those that best give off this feeling and the magic that makes them so special. .

We have 2 sides of the coin when we talk about Slice of Life, on the one hand we have those anime that convey the message of «live your life to the fullest» being mostly much calmer series; and its counterpart, those that have much more sensitive topics to touch on, such as anxiety, depression, insecurities and fears.

But Sergio, is there any anime that has both characteristics? Yes and no. We have Sangatsu no Lion, which despite being a fairly recurring anime with personal problems such as bullying, an arc that has been the best of its anime so far, has quite beautiful and hopeful moments. However, those who decide to go more on the side of comedy and everyday life like Yuru Camp, it is not so common for them to deal with sensitive issues in that way no matter how many problems arise.

Be careful, this does not make them worse or better, what I want to get at is that no matter the plot or its development, the same message will always come through. Said like this, it sounds somewhat repetitive, stories in which nothing really happens, but I can assure you that it is the genre that has the most differences.

In the end you live the lives of those characters by your own hand, so it gives them the freedom to make you laugh, cry and get angry. They are capable of showing so many facets of a person, that sooner or later you end up empathizing with them, making these works much more sincere and realistic than any other anime.

Starting with a trip to Antarctica as in Sora Yori, through your high school dream life as Oregairu, and ending with your coming of age as Fruits Basket. There are so many stories that can be told from such a basic premise that the only limit is your imagination.

Because that is the magic of the Slice of Life, the complex simplicity.