What girl of Attack On Titan would be your waifu? Quiz.

Both Mikasa, Annie or other girls from Attack on Titan, have a very strong character, shingeki no kyojin is one of the few anime that shows the strength of women, for example Mikasa is equivalent to 100 men, and today with this personality quiz we pretend guess which of the Attack On Titan girls would be your waifu. Good luck.

Which Attack On Titan character are you? 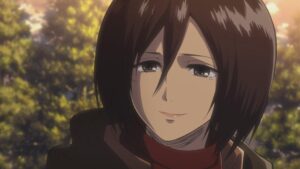 Centuries ago, humanity was slaughtered to near extinction by monstrous humanoid creatures called Titans, forcing humans to hide in fear behind massive concentric walls. What makes these giants truly terrifying is that their taste for human flesh is not born out of hunger, but out of what appears to be pleasure.

To ensure their survival, the remnants of humanity began to live within defensive barriers, resulting in a hundred years without a single Titan encounter. However, that fragile calm is soon broken when a colossal Titan manages to break through the supposedly impregnable outer wall, reigniting the fight for survival against the man-eating abominations.