Which Haikyuu character are you ? Personality Quiz.

With this personality test we try to guess which of the Haikyuu characters, especially the Karasuno team, seems to you the most , answer the test questions honestly and we will check which character of the Karasuno team you are .Good  Luck. 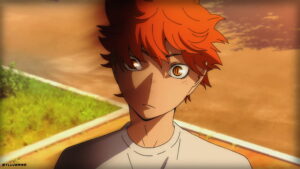 Inspired after seeing a volleyball ace nicknamed «Little Giant» in action, the petite Shouyou Hinata revives the volleyball club at his high school. The newly formed team even makes it to a tournament; however, their first fight turns out to be their last when they are brutally crushed by the «King of the Court», Tobio Kageyama. Hinata vows to surpass Kageyama, so after graduating from high school, she joins the Karasuno High School volleyball team , only to discover that her sworn rival, Kageyama, is now her teammate.
Thanks to her short stature, Hinata struggles to find her role in the team, even with her jumping power.

higher. Surprisingly, Kageyama has problems of his own that only Hinata can help with, and learning to work together seems like the only way for the team to be successful. Based on the popular shounen manga of the same name by Haruichi Furudate,  Haikyuu !!  is a thought-provoking and emotional sports comedy that follows two determined athletes as they try to patch up a heated rivalry to make their high school volleyball team the best in Japan.