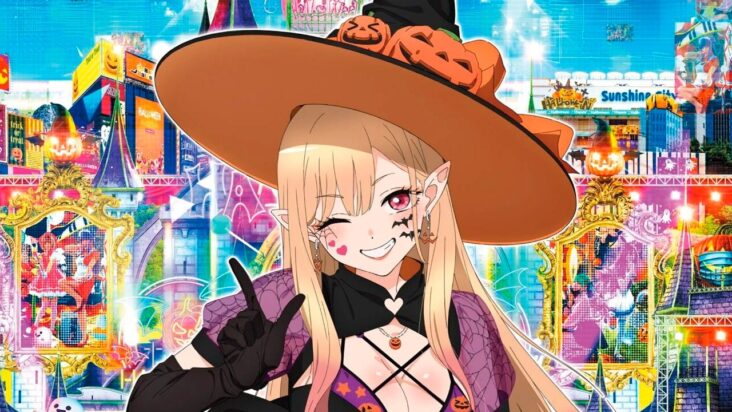 Despite the fact that several have already passed since the broadcast of the last episode of the anime adaptation of the manga «Sono Bisque Doll wa Koi wo Suru» (My Dress Up Darling), otakus continue to keep the franchise in mind thanks to the fact that the original manga is still in publication and with the announcement of the production of its sequel, people are waiting patiently for new news about its format and release date.

Taking advantage of the fanaticism of the people towards the waifu Marin Kitagawathe talented cosplayer from china «senyamiku» surprised his followers by performing a cosplay inspired by the protagonist of the franchise Sono Bisque Doll wa Koi wo Surualthough in a particular way, since it has been dressed in a special way to celebrate Halloween. 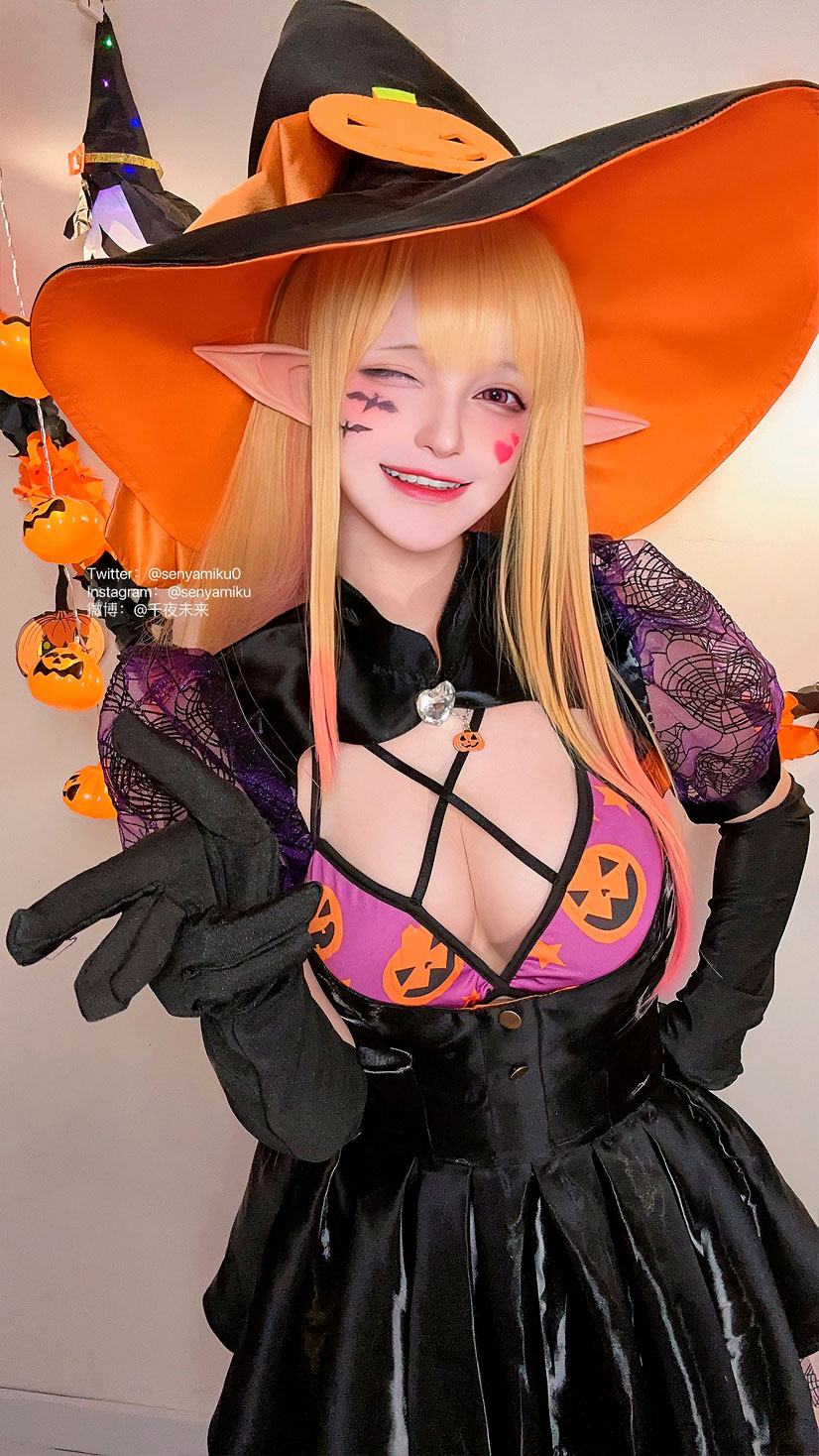 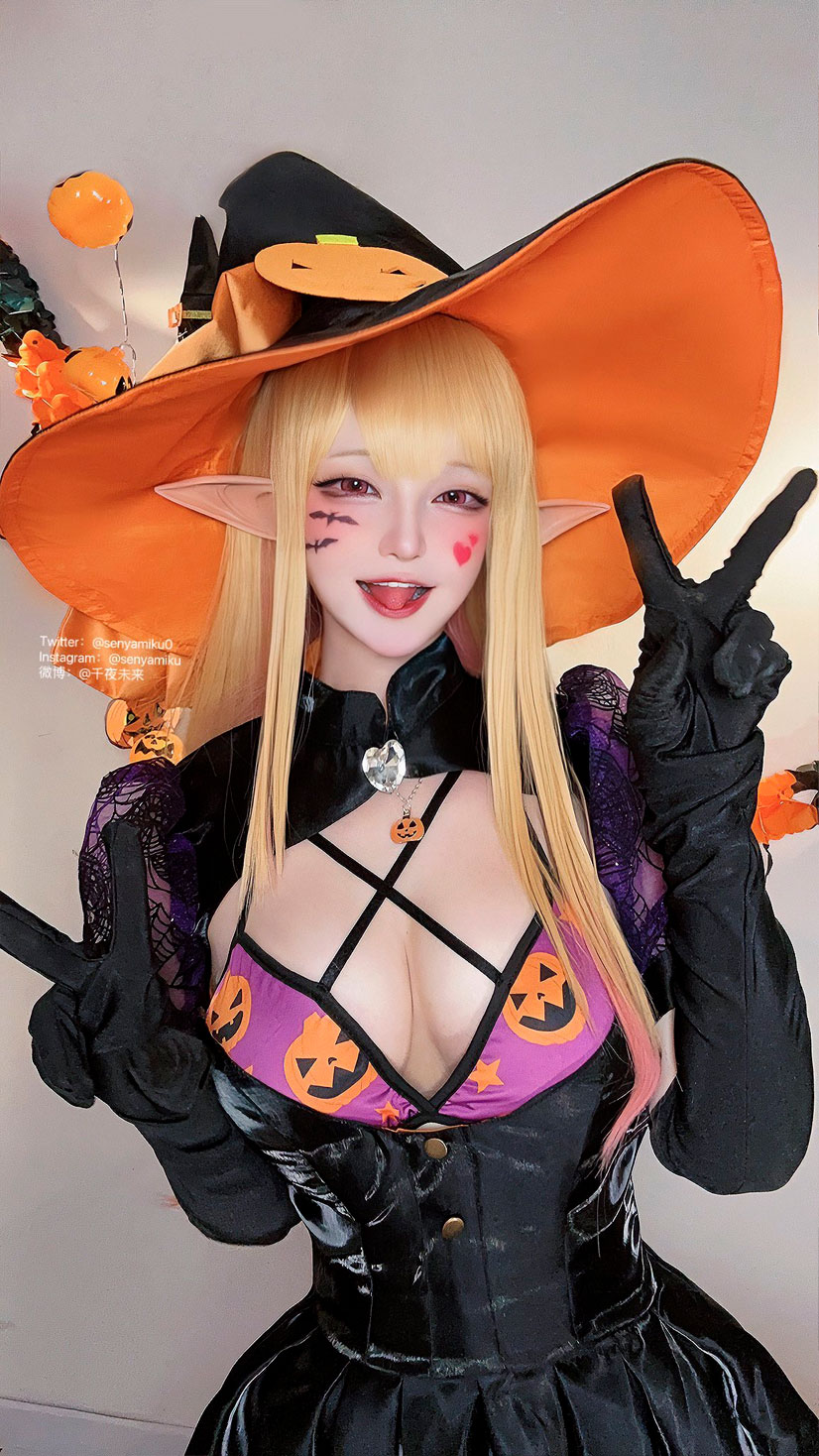 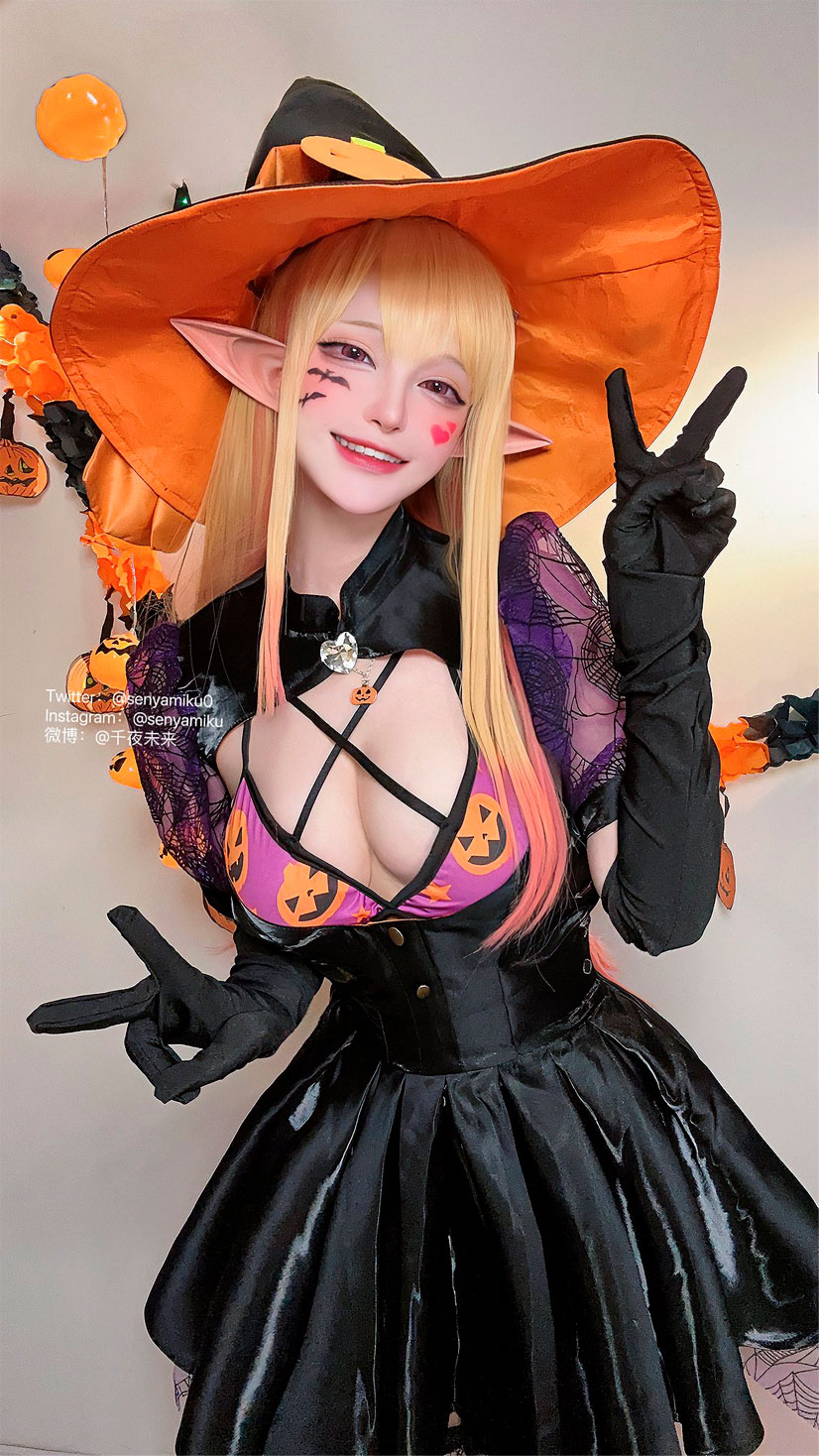 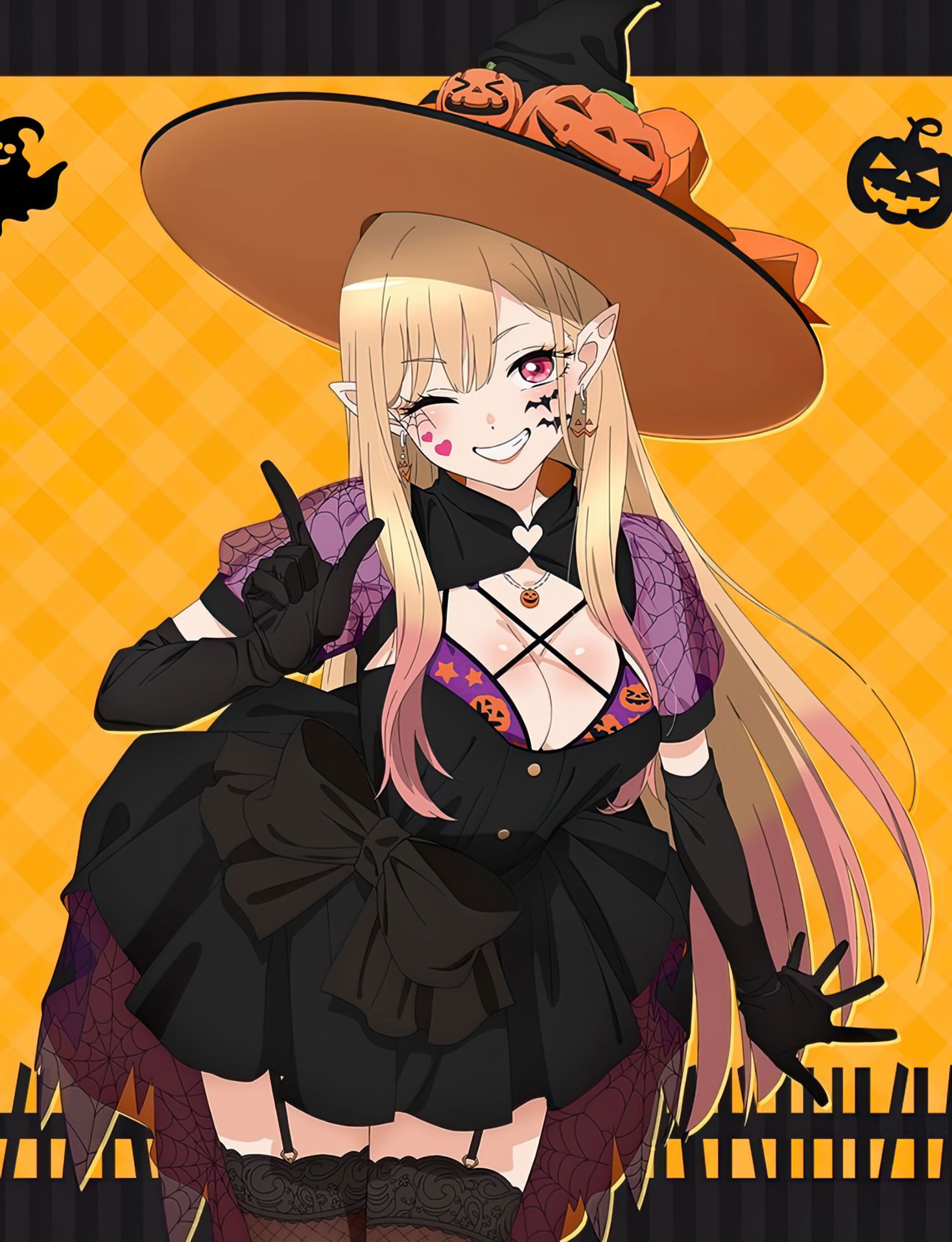 As you can see in this great cosplay of senyamikuhis interpretation of the version «Halloweenesque» of Marin Kitagawa surprised by perfectly respecting the clothing, makeup and accessories seen in the special visual image starring this beloved waifu, and the characteristic detail of the fishnet stockings and that striking «cleavage» were one of the things that have attracted attention in this spectacular and cartoonish cosplay. 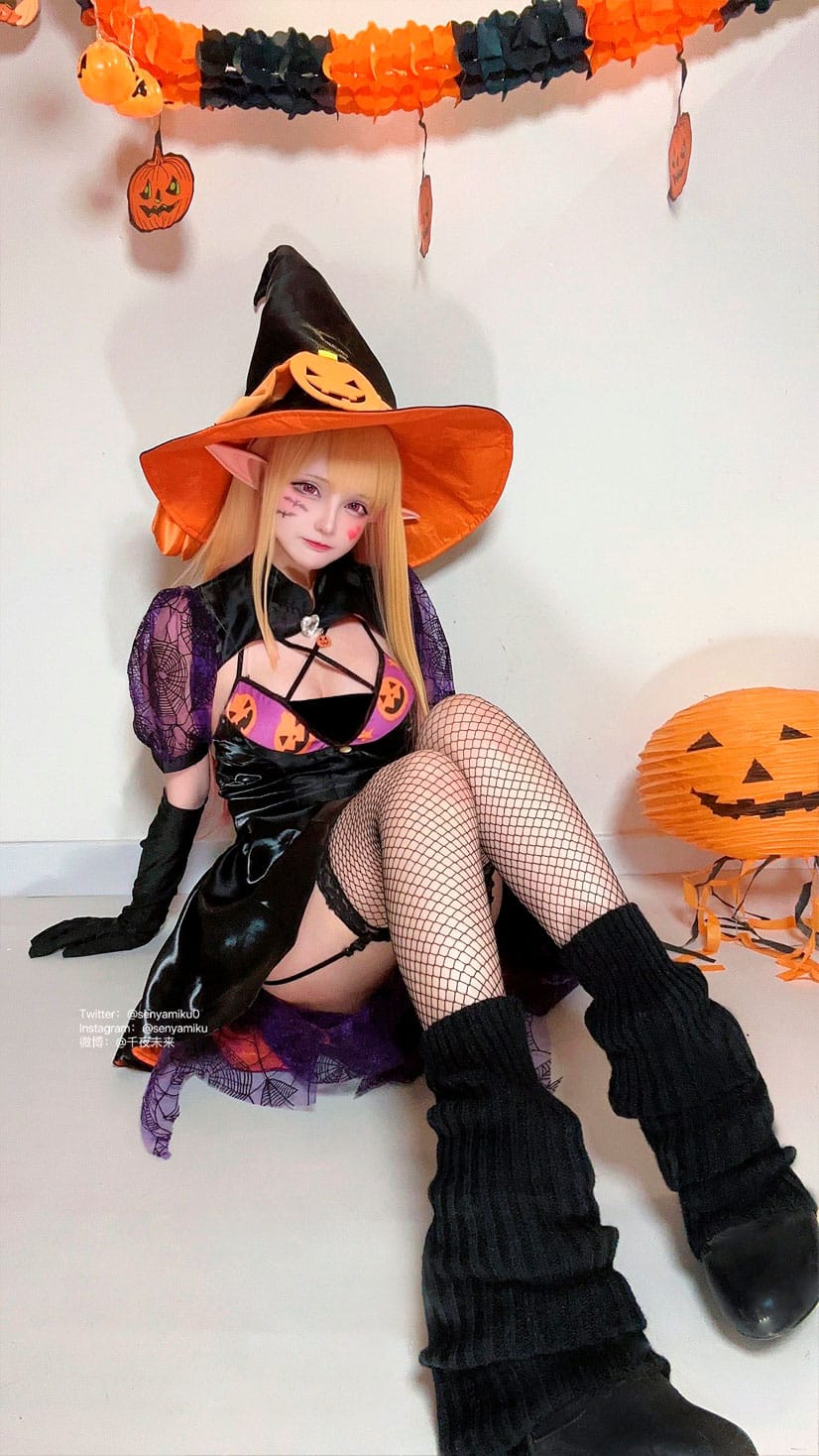 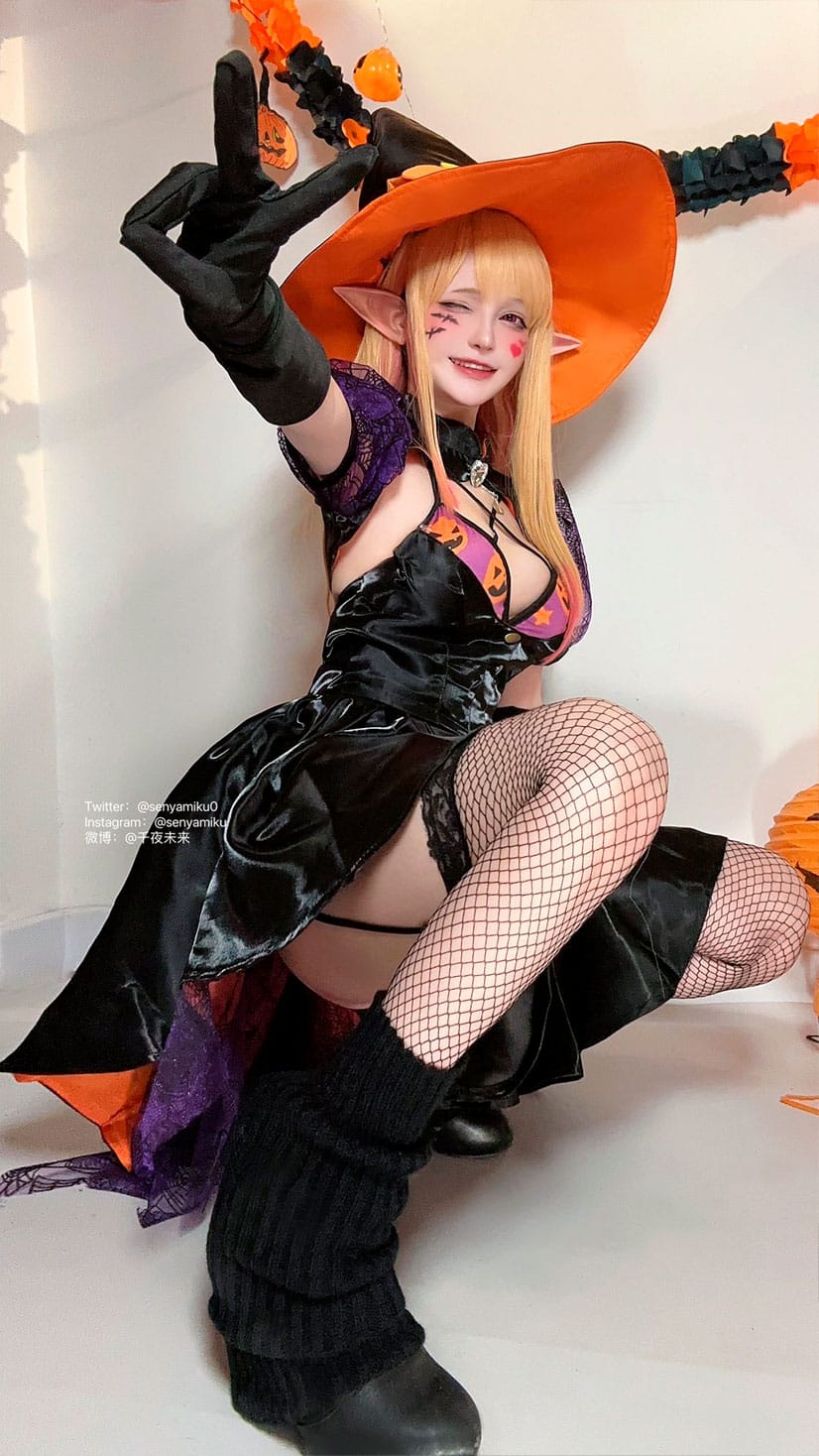 the manga Sono Bisque Doll wa Koi wo Surualso know as My Dress Up Darlingis written and illustrated by Shinichi Fukudaand began its publication in the magazine Young Gangan from the publisher Square Enix since January 2018. In addition, the manga currently has 10 compilation volumes published and a few weeks ago it was reported that the work exceeded 7.5 million copies in circulation.

On January 8 of this year, the manga Sono Bisque Doll wa Koi wo Suru would premiere its anime adaptation that consisted of a total of 12 episodes. In addition, the animation studio cloverworks was responsible for the production of the series under the direction of Keisuke Shinoharaand is legally available through the platforms Crunchyroll Y Funimation who made a dubbing into Latin Spanish of the anime.

During the event «Sono Bisque Doll wa Koi wo Suru” -Ma?! Minna ni Aete Yaba Yaba no Yaba Nandakedo!«, which took place on September 17, the anime Sono Bisque Doll wa Koi wo Suru announced the production of a sequel. However, no information has been provided about the production of this sequel and its format, but it is expected that new details will be provided as the weeks go by.

The story centers on high school student Wakana Gojou, who spends her days perfecting the art of making hina dolls in hopes of reaching her grandfather’s level of expertise. While his teenage classmates deal with pop culture, Gojou finds happiness in sewing clothes for his dolls. However, he goes to great lengths to keep his unique hobby a secret, as he believes he would be ridiculed if it were revealed.

Marin Kitagawa, an extraordinarily pretty girl whose confidence and personality contrast with Gojou’s way of being. It would defy common sense for Gojou, who has no friends, to mix with people like Kitagawa, who is always surrounded by her peers. However, the unimaginable happens when Kitagawa discovers Gojou’s prowess with a sewing machine and gleefully confesses about her own hobby: cosplaying her. Because her sewing skills are pitiful, she decides to enlist her help.

As Gojou and Kitagawa work together in one cosplay outfit after another, they can’t help but become close, even though their lives are worlds apart.