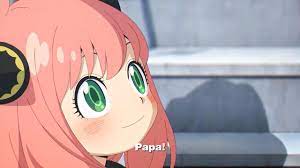 But what is this new anime ?  Well, it is based on the manga of the same name, where there are two nations that are very reminiscent of those that were the divided Germany after World War II.

They are about Ostania and Westalis , in a world that is still living a time similar to the Cold War. That’s why there are spies and intelligence services involved. Among them is Agent Twilight , in the employ of Westalis ‘s WISE .

He is on a secret mission to approach Donovan Desmond , leader of a major political party in Ostania . He is part of Operation Strix , and the idea is that he must become a family man to get to Desmond .

But in order to do so, you must first have a family of your own. This is how he assumes the identity of the psychiatrist Loid Forger , who is married to Yor and has Anya as a daughter . Looks like Loid can carry on with no problem.

How old and how tall are the Spy x Family characters?

Loid Forger is a secret agent under the name Twilight and the main character of the Spy x Family series. . To fulfill his current mission he needs to be married and have a child, so he arranges a marriage with Yor Briar and adopts Anya as his daughter.

Anya Forger is one of the main protagonists of Spy x Family and Loid Forger’s adopted daughter.

Anya was an experiment of an organization, from which one day she managed to escape (“experiment 007”). She is a girl able to read minds thanks to these experiments.

Yor Forger , , is one of the main characters in the SPY x FAMILY manga. She’s a 27-year-old who works as a clerk at the Berlin City Hall, but she is also an assassin who calls herself «Thorn Princess». She agrees to pose as Loid’s wife and Anya’s mother so that they can both achieve her goals.

Franky Franklin is an informant who seemingly works at a tobacco store and presumably works for Loid Forger’s agency. He gets information regarding Eden Academy’s exam and Anya Forger’s past records for Loid Forger.

She is the daughter of CEO Blackbell, a major military manufacturer. She attends Eden Academy as part of Cecile House, Group 3, and becomes Anya Forger’s close friend.