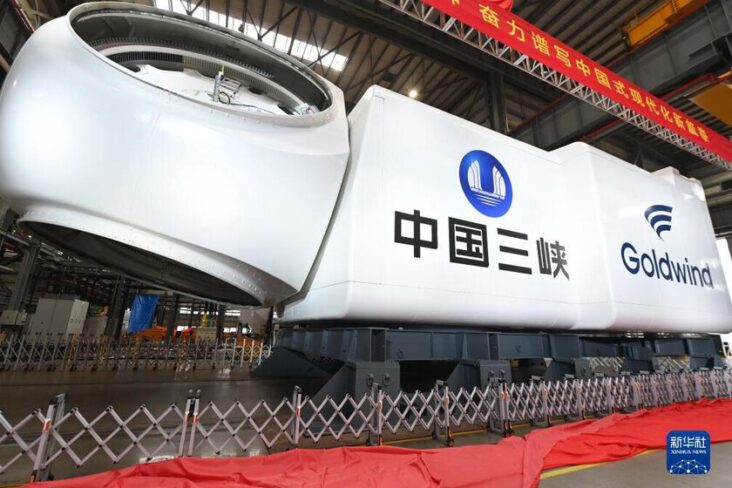 China stomps on offshore wind. One month after taking out the chest with a huge 13.6 megawatt wind turbine (MW), a benchmark for power and size, now once again boasts another important infrastructure: a 16 MW turbine designed for offshore.

mechanism gondola just came out from the production line of a factory located in the province of Fujian, east of the Asian giant. And since a picture is worth a thousand words, those responsible have already revealed some photographs which give an idea of ​​its size.

One of the companies embarked on the project, China Three Gorges Corporation (CTG) —which has developed the mechanism together with the also Chinese Xinjiang Goldwind— claims that it is “the offshore wind turbine biggest in the world”. To demonstrate it, it values ​​its dimensions. 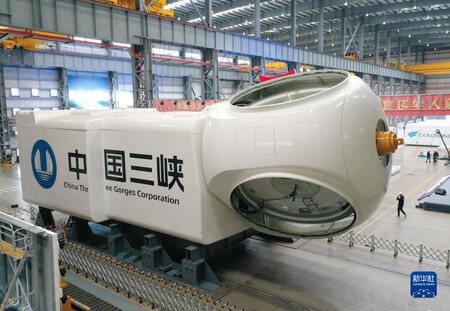 The turbine —details the state media Chinese People Daily— presents a rotor diameter of 252 meters and a swept area of ​​about 50,000 square meters, dimensions similar to those of the wind turbine that it had already been presented in the country in mid-October.

Now from CTG they boast an even greater power: 16 megawattscompared to the previous 13.6 MW, a mark that placed it slightly below the fifteen either 14 MW of the largest offshore wind turbines from Vestas or Siemens Gamesa, although it stood out for size.

«The turbine has the largest capacity single unit unit in the world and the largest booster, marking a breakthrough in high-end research and manufacturing to reach world-class levels.” underlines the official media People Daily, which, by way of example, explains that its swept area is equivalent to seven standard football fields. As to hub heightthe mill reaches 146 meters, something more than Agbar towerin Barcelona, ​​or Madrid Tower.

If the optimal wind conditions are given, CTG ensures that its turbine is capable of generating a power of 34.2 kWh with each complete turn. “Its annual energy production, which is estimated to average more than 66 million kWh, can meet the annual demand of 36,000 three-person households, save 22,000 tons of standard coal, and reduce [la emisión de] 54,000 tons of CO2”, emphasizes the firm, for which the turbine represents a milestone for the sector.

“The success of the 16 megawatt wind turbine marks a historic leap in the manufacture of wind energy equipment in the country”, boasts Le Minghsanresponsible for Three Gorges.

The development of CTG and Xinjiang Golwind is part of a much larger effort by the country to equip itself with an entire industrial chain, equipment and accessories that has already allowed it to export to other countries, such as Thailand or Turkey. Its authorities have decided bet hard for the offshore, with projects as ambitious as the one in Chaozhou, which plans to install a 43.3 GW park.