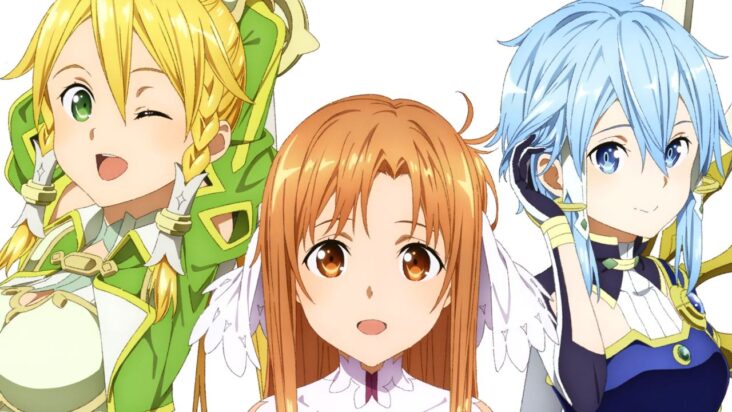 the light novel Sword Art Online is written by Reki Kawahara and illustrated by ABCand began its publication through the publishing label Dengeki Bunko of ASCII Media Works as of April 2009. The light novel has 26 published volumes in total and a few weeks ago it was reported that it exceeded 30 million copies in circulation.

On July 7, 2012, an anime adaptation for the light novel would be released. Sword Art Onlinewhich was made up of several seasons that cover different plot arcs (Sword Art Online II, Alternative GGO, Alicization Y Alicization – War of Underworld) and also has 2 movies (Ordinal Scale and Progressive) and a third movie titled «Sword Art Online: Progressive – Kuraki Yuuyami no Scherzo».

The story takes place in the year 2022, when a virtual reality massively multiplayer online role-playing video game (VRMMORPG) has just been released. Players can control their avatars just as they would their real bodies through NerveGear, a virtual reality headset capable of stimulating all five of their senses through their brains. However, the players realize that they cannot exit the game; Their creator, Akihiko Kayaba, appears and informs them that if they die in the virtual world they will also die in the real world.

Akihiko offers them a challenge, if they want to be free and get out of the game, they must reach the 100th floor of the game’s tower and defeat the final boss. The protagonist Kirito, an expert player who was present in the beta version of the game, along with Asuna, will join forces to gain freedom.