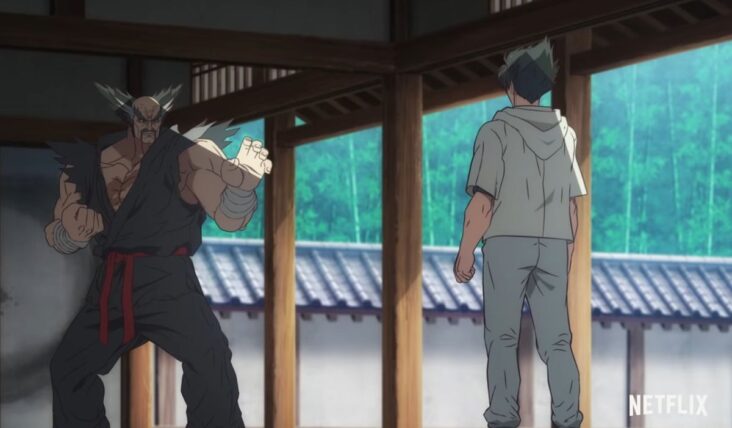 Tekken is one of the most famous video game sagas in history. Its main attraction has always been combat, but it is not the only thing that the video game brings.

Which Arcane character are you? Personality quiz

Each character had a story explaining why they had made it to the «King of Iron Fist Tournament». Although this was not relevant to play, for many fans they were very interesting and have always wanted to see them beyond small cinematics.

Netflix has announced that this 2022 will premiere an anime based on the video game saga called Tekken: Bloodline . It has not released a release date, but it will be done throughout this year.

The story will be based on the video game’s main character, Jin Kazama, how he trains for the tournament and his relationship with his grandfather, Heihachi Mishima.

But Tekken is a saga where you can choose a large number of characters to fight with. The trailer promises that some of them will appear, although images only appear at high speed in a final scene, so we will have to wait to find out which ones will have more weight in the plot.

“’Power is everything.’ Jin Kazama learned the family arts of self-defense, the traditional Kazama-style martial arts, from his mother at a young age. Even so, he felt helpless when suddenly a monstrous evil appeared that destroyed everything he loved and changed his life forever and himself for not being able to stop it, Jin swore revenge and sought the absolute power to demand it. The search for him will lead him to the final battle on a global stage: The King of Iron Fist Tournament, ”says the official synopsis.

The universe that surrounds Tekken is very wide and it is not the first time that an adaptation has been attempted. Tekken: The Motion Picture was created in 1998 and was not very successful.

Netflix has not always satisfied fans of anime and their adaptations. However, DOTA: Blood of the Dragon and Castelvania are two series adapted from video games that have not found such bad reviews and that has given some hope to the fans of the fighting saga.