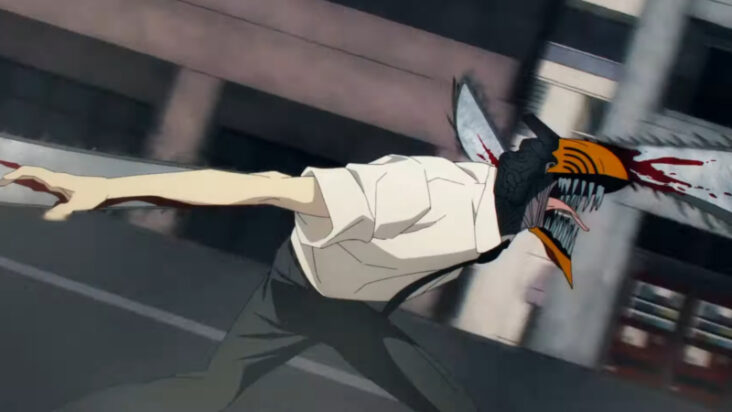 Chainsaw Man is a Japanese horror, action, and gore manga series written and illustrated by Tatsuki Fujimoto. It was serialized in Shueisha’s Weekly Shonen Jump magazine from December 2018 to December 2020. It has eleven tankobon volumes. In this article, we will take a look at the 10 strongest Chainsaw Man characters.

Angel Devil is a demon who embodies the fear of angels. He is a pure demon who works as a Demon Slayer for División especial de Tokio 4 , which is a unique demon that has no hostility towards humans. He sees himself first as the devil and then as an angel. After Kishibe, he is undoubtedly the strongest demon hunter in Japan. Even though he is withholding power from him due to his laziness.

He possesses a fearsome ability that can absorb the lifespan of humans through physical contact. He can use the lifespan to transform into weapons that have supernatural properties.

In addition to this fearsome ability, he also possesses incredibly tough wings. His wings are strong enough to deflect bullets, acting as a makeshift shield.

As a demon, the Angel Devil should be able to restore its health by consuming blood. He is also a skilled spear user.

Kishibe is very calm and direct and does not show any emotion on his face. Kishibe resumes his work with quiet formality. According to Makima, Kishibe is the strongest member of Tokyo Special Division 4.

This man has made contracts with three «rather dangerous» demons.

In addition to his contact with the devil, he is extremely strong, thoughtful, and a fast fighter. He is good at putting together knives and is excellent in hand-to-hand combat.

Quanxi is a well-known Chinese demon hunter and is one of the strongest characters in Chainsaw man. She also has a nickname called «First Devil Hunter».

Quanxi possesses a level of strength that Hirofumi Yoshida describes as «beyond human capacity». She is also a skilled swordsman.

In combat, he wields multiple swords, changing them as they are destroyed by the force of his own attacks. When combined with his high speed, he can tear through entire crowds of enemies at once.

Quanxi became ruthless in combat. He prefers to throw his enemies off the battlefield and reduce his number.

Quanxi later became an Arrow Devil Hybrid after signing a contract with Arrow Devil. He can fire a volley of arrows at breakneck speed, and can also use his bow to annihilate masses at close range, as if he were a pellet.

Quanxi can heal wounds by swallowing blood like a hybrid. She can also rebuild her entire body with just her head.

Hell Devil is a devil that represents the fear of hell. He assumes the form of a centaur, with a head featureless except for a huge gaping mouth. He is only covered in meat, which is surrounded by flames.

He can appear as a huge hand with six fingers emerging from a gate in Heaven that connects to one of the many gates in Hell as the Devil from Hell. This allows the Hell Devil to send specific people to Hell. As a demon, the Hell Devil can restore his health by consuming blood.

The Devil of Hell can grant contracts to humans for a price. The first contract with Santa Claus is in exchange for three children and one of his bodies, which he uses as a perfect doll. In the second contract with the Anti-Makima Squad, in exchange for his lives. They can summon the Devil from Hell physically.

Punishment Devil is one of the strongest characters in Chainsaw Man. He is a demon that is born out of the fear of being punished.

The Punishment Devil does not manifest itself. He must be summoned with contempt and great sacrifice. In his entire life, Punishment Devil only had two contractors. That makes it extremely difficult to gain access.

Cosmo is Cosmos Fiend and Quanxi’s girlfriend. She possesses one of the most powerful techniques ever.

Cosmo has short, shoulder-length hair that is tied up in pigtails. He also has hearts for pupils and is missing the right side of his head.

He also doesn’t show much emotion other than his usual smile and carefree personality. Cosmos Devil says nothing except the word «Halloween».

She has the ability to make her target understand everything in the universe. This puts them in a semi-catatonic state where they «can only think about Halloween until they die.»

When this happens, the victim will not be able to think or say anything other than «Halloween» until they die. She is also capable of healing herself by consuming blood.

Gun Devil is a powerful demon that represents the fear of guns. He is undoubtedly one of the strongest characters in Chainsaw man. In this series, he plays the role of a great antagonist. He is also a secondary antagonist in Public Safety Saga.

Gun Devil is a massive demon with a gun-like head and an arm that resembles a sniper rifle. He has incredible speed and is capable of killing 1.2 million people in five minutes in various countries.

Its speed was so high that it burned pieces of flesh from its body as it moved. Gun Devil can fire bullets with amazing accuracy and speed from various weapons that are part of her body.

He has the ability to fire a bullet through the head of every adult male within 1000 meters of him. He also fires a bullet into the head of any child under the age of 12 within 1500 meters.

Due to his speed and power, Gun Devil can also throw his own meat that looks like bullets. His power is increased substantially when demons of any kind swallow chunks of his flesh.

Makima is a powerful and all-knowing demon known as the Control Devil. Control Devil is a demon that has scared the entire world for centuries.

She is extremely cunning and manipulative. For example, she controls Denji with promises of a romantic and sexual relationship. She always threatens to exterminate him if he disobeys her.

Makima also has tremendous physical strength. This allows him to fight effectively in hand-to-hand combat without the support of any of his subordinates.

He can crush opponents with unknown force through a sacrificial ritual. All damage dealt to it is transferred to a random Japanese civilian. This unknown power makes her immortal. She has the ability to control anyone who appears to be below her. She can even use the powers of people who have died in battle.

Makima can shoot an invisible force from her finger that is powerful enough to send the Chainsaw Demon into space. Furthermore, the physical blows from him were also strong enough to overpower Pochita and break her chainsaw.

Throughout the manga, he never showed his devil form and only kept his human appearance. This indicates that she never used her full strength in a fight, making him one of the strongest Chainsaw Man characters.

Darkness Devil is a demon that represents our primal fear of the dark. He is described as a transcendent being. He never experienced death due to the immense power of it.

Darkness Devil is widely recognized as the most powerful demon ever mentioned and the most overpowered demon ever depicted in manga thus far. So, there is no doubt that he is also one of the strongest characters in Chainsaw Man.

He can travel and attack at high speed and also possesses extraordinary strength, being able to lift humans and demons with great ease. He has the ability to engulf the surrounding area in darkness. While simultaneously manifesting the bodies of many astronauts split in two.

To attack its enemies, it summons blades with bells attached to the hilt. That can be controlled telekinetically. His other ability is to instantly cut off the arms of any number of people, rendering them useless.

The greatest ability he possesses is his «Death-Stare». When he looks another being in the eye. They will start coughing up large amounts of blood until they die.

Denji is the main protagonist of the series and is the strongest character in Chainsaw Man. He works as a demon assassin for the yakuza to pay off his father’s debt. But after merging him with his pet demon «Pochita», he became a hybrid Chainsaw Man Devil.

By pulling the cord that emerges from his chest, Denji can transform into a bloodthirsty chainsaw demon. After transforming, he can grow chainsaws from his limbs and heads and can cut through almost anything within his reach.

As long as Denji consumes enough blood, he can fully heal from almost any fatal injury, and in certain situations, even recover from death.

Even without his transformation, he possesses tremendous strength, excellent durability, and quick reflexes. He is also capable of being an armed and unarmed fighter. After his training with Makima and Kishibe, he gained great intellect and learned how to fight efficiently.

Following Denji’s transformation into Full Devil. He acquires extraordinary speed and strength. That allows him to easily defeat multiple hybrid demons in a matter of seconds. The enormous power of him stands out even more in Hell. When he defeated all the demons residing in hell. Even Makima admitted that she had been killed 26 times in this way.

The most powerful ability of this transformation is when it kills and consumes the flesh of any demon. The devil will no longer be able to survive or resurrect. He will be permanently erased from existence. This is why he is the strongest character in Chainsaw Man.