ficomic has presented what will be the 41st edition of the Barcelona Comic together with his promotional poster where he again bets on the largest national event around comics and the passion for comics. The federation has confirmed that it will be held from March 31 to April 2, 2023, at Fira Montjuïc, in Barcelona, and has already advanced activities of its programming and the return of international guests. The poster that will preside over the event is in charge of the artist Teresa Valerowho reflects the richness of the comic language and its multiple possibilities. 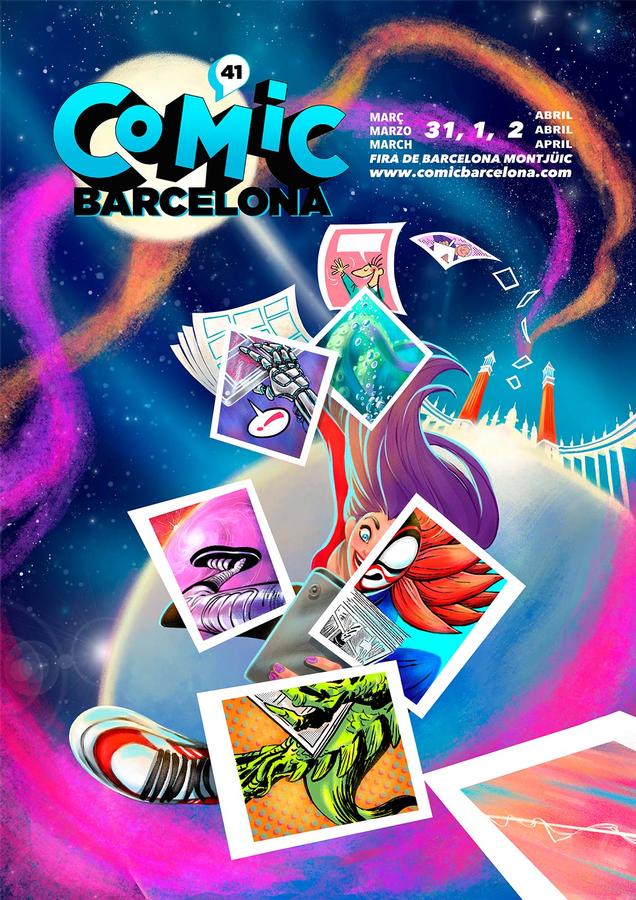 The contest has already confirmed its first exhibitions, the main one being dedicated to Daniel Torreswinner of the 2022 Barcelona Comic Grand Prix, or «wizards of humor«, a project that will bring together more than thirty young graphic authors, related to humor. On the other hand, Ficomic has advanced the presence of international authors such as anne simon, Aude Picault, zerocalcare either Barbara Stock. The contest will soon reveal more activities, exhibitions, spaces and invited authors.