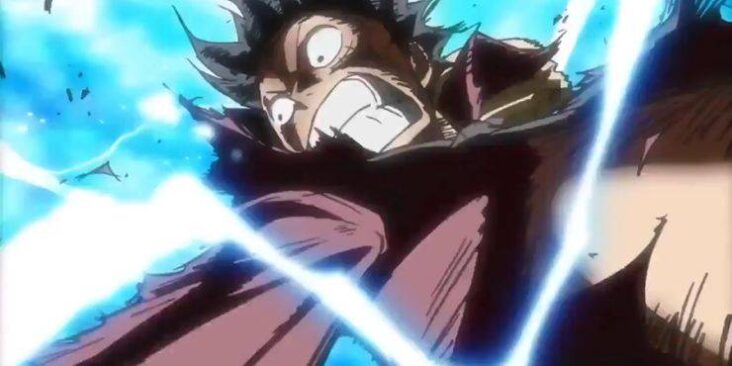 All Of The One Piece Movies, Ranked According To IMDb

One Piece movies in order of release

If you have ever wondered if the One Piece films have a chronological order, or at what point in the series you should see each one, we help you to find out!

One Piece (2000) sounds a bit important, but it’s really just a nice nostalgic trip . It’s set very early in the series, before Sanji even joins the crew. Luffy, Zoro, Nami, and Usopp frolic in East Blue, eventually taking on an evil pirate named El Drago in what could very easily be placed in the first thirty episodes of the anime.

The animation is nothing special, but there is some good comic relief. Some speculate that the movie was a last minute conversion, meaning it was originally going to be part of the main series as a filler arc . So unless you like the retro thing about «One Piece,» don’t miss out on this one.

It’s a good movie, but there are better One Piece movies to watch. When someone steals the Going Merry, the team (now with Sanji) set out to get it back. This leads them to Clock Island. The animation has improved a lot since the first movie and the aesthetics are still early.

There are some good character designs, along with some hilarious fights as the Straw Hats take on the oddly named Trump Brothers . Even with all its laughs, action, and fan service, the movie does nothing to justify the essential viewing. It’s still very expendable, but it’s not a bad movie.

How much do you know about One Piece 20 Difficult Questions?

3. Chopper’s Kingdom on the Island of Strange Animals (2002)

This is an entire movie just for Chopper, he is often considered the worst of the One Piece movie lineup. As the title suggests, the story revolves around Chopper becoming the king of an animal island , which isn’t exactly the most exciting premise.

But overall, it’s a classic One Piece movie – the team arrives on a new island, defeats all the baddies, and that’s it . The final battle, at least, is entertaining. Unless you’re that elusive Chopper Stan, this is a definite leap.

It’s the first One Piece movie worthy of an essential viewing tag. Granted, it’s another high-budget movie, but this one is good enough to justify its place in the franchise. The Straw Hats are involved in an exciting boat race that includes some fantastic characters exclusive to the movie.

The cast has been expanded to include fan favorite Nico Robin, and the animation looks great. Due to some care in the production, or possibly the direction of Kounosuke Uda (the usual director of One Piece), Dead End Adventure gels with the original series much better than its predecessors.

If you’re hungry for some One Piece quality, this is your first port of call. Also, a certain essential movie in the future includes a cameo by a character from it , so that’s another reason to add it to your watch list.

This is a whole movie just for Zoro. On paper, it sounds pretty good, and it’s certainly more promising than another Chopper movie. Zoro is, after all, loved by many, and is somehow the only Straw Hat that has yet to receive a long bow in the anime.

In this movie, Zoro mysteriously leaves the team, similar to Nami, Robin, and Sanji in their respective anime arcs . Considering the recent «Whole Cake Arc», this format is very promising. The movie isn’t terrible, and it does have some exciting predictable sword fights . Unfortunately, the characters are a bit out of place, and it seems like the movie wasn’t made with the whole series in mind. For this reason, most consider the fifth film as one of the weakest.

Mamoru Hosoda, director of The Girl Who Leapt Through Time, Wolf Children, and more, certainly doesn’t seem like the type of man to take on a One Piece movie. When he did, however, it was truly something special.

Never has One Piece been as experimental, gripping and terrifying as it was in this movie . The aesthetic is creative, the stakes are high, and the plot is unusually dark. Hosoda’s stylized animation will take you on a journey, as the Straw Hats’ escape to Omatsuri Island transforms into something much more serious than anyone expected.

Even for those who don’t know One Piece well, this movie stands out as a dazzlingly unique piece of media, rejecting the usual One Piece flair while still capturing the spirit of the series . Definitely check it out.

And, just like that, they push us back to the skippable piece. Yes, you may have misread the title – this is not Katakuri’s castle, one of the best One Piece antagonists of recent times. This is Karakuri Castle, and it is much less worth it .

The crew does their usual antics, this time on Mecha Island. The seventh movie actually has some cool stuff: Luffy discovers his second gear, something that didn’t appear in the anime. Unfortunately, this is not enough to make the film look essential .

After this film in 2007 and 2008 they released two films from the arches of Cocodrilo (Alabasta) and CHopper (Drum) respectively in summary mode, so dispensable that we don’t even make a section of them.

No movie up to this point has been blessed with the word «movie.» Likewise, none of them up to this point were supervised by Eiichiro Oda himself , so you already know that this is something special. With Oda’s mentoring and some fantastic animation, the 10th One Piece movie is a pure hype-fest feast.

Fighting to save East Blue, the Straw Hats confront the Golden Lion Shiki , a member of the Pirate King’s crew and the first man to escape Impel Down. He kidnaps Nami and it’s bad news. Because this is still a movie, Shiki and his backstory are technically non-canon, but it’s pretty easy to imagine that they are. Oda is involved, after all.

The climactic fight is one of the best in One Piece , with each Straw Hat spending their time in the sun. This is accompanied by the best One Piece music. It’s been endlessly hyped later in the series, but here it sounded good.

The word «movie» makes another appearance. In fact, with Oda taking the helm once again , we have another unmissable date. Similar to Strong World, it wouldn’t be correct to call this a high-budget filler arc – it gives us a mocking canonical (albeit technically non-canon) history of the One Piece world.

The story centers on Black Fist Zephyr (who already uses haki ), a former marine admiral, and incorporates a number of key figures in the navy, including the fanatic Aokiji. Zephyr is one of the best villains in the series , receiving a compassionate past that really makes us feel for him. The animation looks as smooth as ever in One Piece, with Zoro and Sanji’s fights getting real attention . The final fight might be a bit lackluster, but people call Z the best One Piece movie for a reason.

These latest One Piece movies have a lot in common: great art, exciting cameos, fan service, tried-and-true One Piece stories , and some Oda-sanctioned exposure. One Piece: Gold movie is the longest movie so far, after the Straw Hats’ adventures in Big Treasure, which is kind of like Los Angeles from One Piece.

Untouched by the world government, Great Treasure is expected to allow many friends and foes to mingle in outrageous chaos. They invite us to some fun fights and funky music. On the downside, there are some baffling CGIs, and the long running time might bore you here and there. Overall though, this is one of the most enjoyable movies. It looks good, it has a lot of cameos, and there is certainly nothing out of the ordinary, so enjoy a high-budget, celebratory One Piece movie.

One Piece’s 20th anniversary brought us One Piece: Stampede, and it’s a lot of fun. It may not have the best plot, but it offers really immense fan service . With enchanting art and animation, we are blessed with a raging storm of a story containing more cameos than you can count. The movie gives us Bullet, one of One Piece’s strongest villains, who sticks with the colorful cast.

If you are starving for more of the worst generation, old antagonists, or forgotten filler characters, you will be rewarded in this movie . You just have to be prepared to make a few cheeky wiki exits, because even the most dedicated One Piece fans might not recognize everyone who’s into this movie. It’s fans’ delight to watch One Piece: Stampede, and definitely a nice reward for catching up on the series. However, wait until you see «Whole Cake Island Arc» from the anime.

When to see the One Piece movies?

The best thing to do would be to see them after each corresponding arc or line of argument so as not to spoil yourself at all . That is, watching Film Gold after seeing Dressrosa and Stampede after seeing the Whole Cake arc.