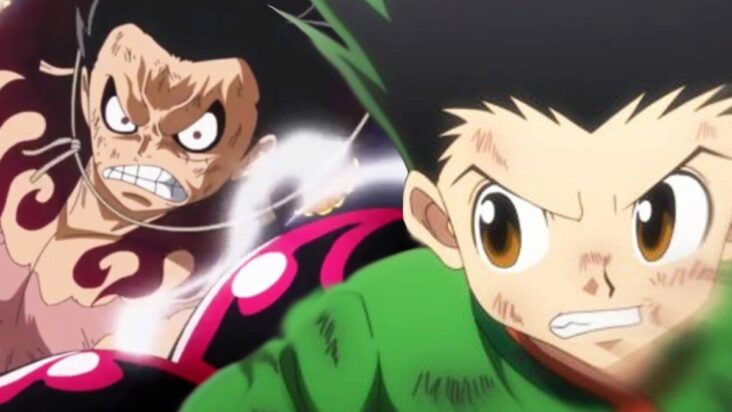 HUNTER x HUNTER is about to have the premiere of its new manga chapters and to celebrate it, other famous mangakas such as Eiichiro Oda, creator of One Piece, have shared fan arts of their return. But why is his return so long awaited? For several years, the health of its creator has been somewhat delicate and, in fact, the return date for the premiere of its new chapters seemed more impossible than realistic. Now that HUNTER x HUNTer has finally returned despite the delicate health of its author, fans of series creator Yoshiro Togashi’s works have been celebrating the creator’s return. Not only that, but the creator has also received much more love from other top manga artists who acknowledge their place in the industry with the opening of a new art exhibition with various guest artists such as Eiichiro Oda, creator of One Piece:Eiichiro Oda’s illustration of Gon Freecss (w/ Luffy & Chopper) for Yoshihiro Togashi’s Exhibition pic.twitter.com/vc7u8Kj6yG— Hunter❌Hunter (@HxHSource) October 29, 2022Yoshihiro Togashi’s new art exhibition shows work not not only from Hunter x Hunter, but also from his previous works, such as Yu Yu Hakusho, Level E, and more. This new exhibition also includes special tribute art from other creators, who have shared a passion for the story work of Gon, Killua, and company. How does the creator of One Piece feel about Yoshihiro Togashi, creator of HUNTER x HUNTER? One Piece wrote a special message to Yoshiro Togashi: «A few years ago, I met Togashi-sensei for the first time in a long time at a certain place and thanked him. Togashi-sensei said, ‘Right?’ I can’t tell you for what, but I can tell you that I have been grateful to him since he judged my work for the Rookie of the Year Award. I have been following Togashi’s works since his award-winning works, and I have an image of him as a shrewd author who he can change his appearance at will.» The official Yoshihiro Togashi art exhibition poster features characters from Hunter x Hunter and Yu Yu Hakusho in front. The great mangaka continues, «He shows his skill in important places. That’s why I can’t take my eyes off it. The story of Amanuma and Kurama in Yu Yu Hakusho gave me goosebumps. I admired the freedom of Level E. … I think writers can become slaves to their readers. In that sense, Hunter x Hunter is also free. That’s great!»