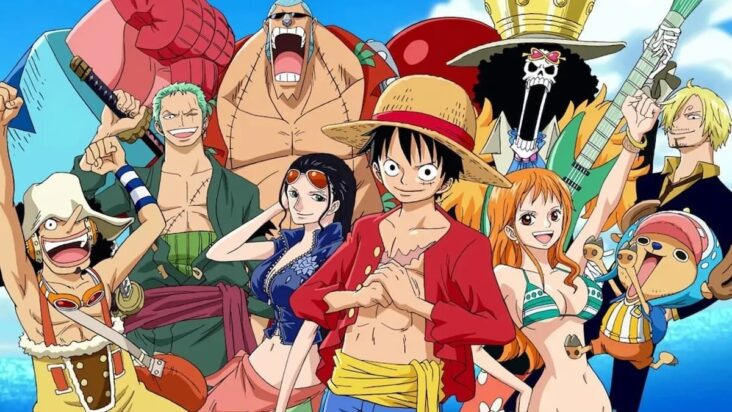 It is well known that One Piece houses a large number of mysteries that have been addressed as the plot unfolds, clarifying them and giving way to these enigmas fitting into the main story. Likewise, apart from the enigmas that surround the plot main, the characters in this story are also full of mysteries that have not yet been dealt with due to the amount of information and time that this would take. However, recently, Eiichiro Oda has revealed the past of one of his most mysterious characters. Next, we will tell you the details.This post contains Spoilers for Volume #4 of the One Piece manga.Kid’s past has been revealedKid has been of great relevance in the most recent events of the seriesThe recent events in this work have served as a introduction for Eiichiro Oda to finally address all the unfinished topics of this series, as there are still dozens of mysteries that have not had optimal development. Like the stories of some of its characters, because they still keep many mysteries. However, in the recent volume #104 of the manga, relevant information about one of its most mysterious characters has been addressed, as this has been of great importance. in the Wano arc. This is Eustass Kid, the peculiar and controversial pirate who was of great relevance in the past Wano arc, this character has become very loved by fans, because his cheeky personality and a little rude as well that his quite striking appearance, have managed to captivate lovers of this work, who have quickly placed him among the most popular in the series. Kid has become one of the most popular and powerful characters in this work and his recent actions prove it. Despite making a name for himself across the seas, very little is known about this pirate, as his past was totally unknown. Recently, however, Oda took the opportunity to address part of the Kid’s history. Oda has revealed in this issue that the Kid and his main officers, Killer, Heat, and Wire, hail from an unnamed island in South Blue that was not affiliated with the World Government, being governed by a criminal gang. This island was divided into four districts, each one of them was the territory of Kid, Killer, Heat and Wire who formed small gangs in each of their respective locations. Also, although Eustass and Killer were rivals, both had been great friends since their childhood and also had the same love interest, as they were in love with Victoria, a young woman who was mentioned in past volumes. Some time later, Victoria was killed by him. terrible group that ruled the island, a situation that led Kid to ally with the rival gangs to end the rulers who kept this place whipped and avenge the death of Victoria. Kid joined the rival gangs to finish off the rulers who had killed to Victoria and kept his island flogged. After achieving his mission, Kid realizes that he does not want to live in such a small and limited world and decides to form his own pirate crew with the leaders of the other gangs and embarking on a ship that is named Victoria Punk in honor of his only love. On the other hand, it would be extremely interesting to see Kid’s past in the manga and also in animation, since this pirate has become extremely relevant in the plot of the series, since he was the one who defeated Big Mom, having great development and importance during the events of Wano. There is no doubt that Eustass Kid along with Trafalgar D. Law and Monkey D. Luffy are pirates to be feared, because the three of them managed to turn the situation around and the suffering suffered by the inhabitants of Wano Island at the hands of Kaido and his followers.